HomeVideo GamesXBL Arcade Get You Will Die
by: pandalicious
0
Video Games

XBL Arcade Get You Will Die 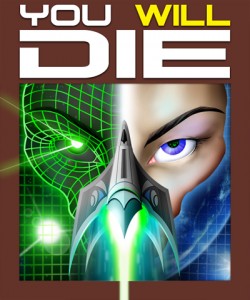 The games of the past didn’t strive for earth shattering graphics or a strong compelling story. Gamers from the past were two things: simple and enjoyable. This isn’t to say that games now aren’t enjoyable, but so much more gets put into a game these days that sometimes it’s hard to find the small pleasures in them.

This is why consoles that allow creation always seem to do well. Microsoft, as we all know, is a corporation that supports a wide variety of software for computers. When the company decided they wanted a piece of the entertainment pie (besides their ever expanding collection of PC Games); they went console.  This change didn’t occur until late 2001.  Even though Microsoft was the last one to the party, it not only managed to make an impact on the gaming industry as we know it, but its next gen console gave a venue for potential game developers.

Anyone who is a member of the XNA Creators Club can create small indie games to share with the Xbox Community. Today, I’d like to showcase one creator in particular: Derrick Hopkins. This name may not be familiar to most but it should be one to get familiar with.

You Will Die (YWD) is the second game to come out of Dead Pixel Arcade, and it has come a long way since the debut of their first game: Revenge of the Ball.

In YWD, you are out in the vastness of cold cruel space. You have no friends here and you alone are pitted against an enemy we know all to well: a robotic alien mothership. This is where your mind probably flashes back to games like: Space Invaders. Even though this pays respect to its elders, it is not at all like that.

It is part of the type of shooters that was most popular in the early 90’s: Bullet Hell. This puts the protagonist (your ship) in a sadistic situation against a foe that only get more and more powerful. Failure is a term that you should get used to from the start because this game requires a dash of skill and whole lot of luck.

If the torturous robotic alien mothership wasn’t menacing enough then I forgot to mention the taunt factor. Sure most game villains like to toy around with the protagonist’s emotions, but this villainess gets into the mind of the player. That’s right she goes straight for your confidence! Don’t be surprised if by the end of your first few tries you are: breathing heavily, resisting the urge to throw your Xbox controller against the hardest wall in your house: you are meant to feel that way.

She is cold, calculating and will eventually seal your fate. It is only a matter of time.

Sure you get a little cushion in this game but it comes at a price; a price I found myself not wanting to pay. Your gun doesn’t level up and neither do your attacks. You do have the option to use your shield. Pressing the RT button does this. However your score and score multiplier will take dramatic damage.

That’s right!  All you glory hogs you will have no huge score to brag about to your friends. Your trophy is your life: treasure it. J

I know it sounds like I do not care for this game much. For the small moments where I thought my Xbox360 hated me, this statement is very true. However, I came to understand the actual message of the game: Success only comes through multiple failures. It doesn’t matter how many times you fail; each attempt is its own personal success. Oh! And death is inevitable.

Not too mention, you can get a lot out of this game for the small cost of 80 Microsoft points.

I look forward to seeing what other sadistic twists and turns Dead Pixel Arcade has in store for us in the future.

If you choose to play this game get comfortable because:

You will feel your muscles tense

You will rage quit...several times

183 Seconds With the Sistahs