HomeReviewsSound The "Horn"! the pillows Are Back On Track!
by: kingbabyduck
0
Reviews

Sound The "Horn"! the pillows Are Back On Track! 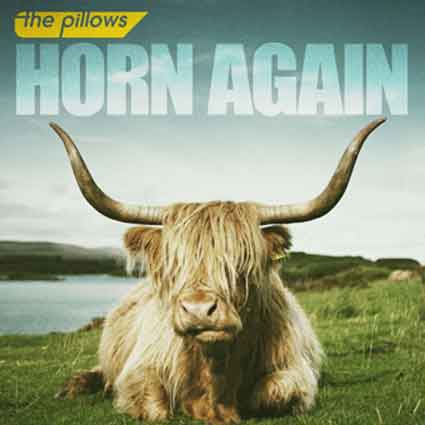 The last ten years of the pillows' career have been like a game of "Chutes & Ladders," filled with many ups (Thank you my twilight, MY FOOT, PIED PIPER) and some downs (PENALTY LIFE, Good Dreams, Ooparts). Here we are within the 21st year of their lengthy and legendary careers, and a new album from Sawao Yamanaka, Yoshiaki Manabe and Shinichiro Sato has landed in our hands for our eager ears. This LP is Horn Again, an album that proves once again why the pillows are the best rock band from Japan.

For Horn Again it seems that Yamanaka and the gang focused on bringing every sound that helped them earn their A-game, and stitch it all together to create one Frankenstein of a musical creation. Gone are the safe sounds from last decade that made Little Busters everywhere cringe with fear that their heroes had lost their magic. Instead we are given songs filled with successful experimentation. Take "Nobody Knows What Blooms," which borrows a couple pages out of the book of Beck's love for mixing different samples of various music styles in the background. Its twangy guitars, out-of-tune violins and ska horns show that the pillows are not afraid to try something that contrasts from their usual schtick. "Movement" calls back to their MY FOOT era, its usage of twin guitars out in full force and in the faces of their listeners. It's loud, rocking and has just a tiny slice of pop to make it accessible to everyone.

"Brilliant Crown" manages to blend the spacey sounds of "Sayonara Universe" and the softness of "SCARECROW" into one track, and surprisingly it creates an aura one might find on their classic Please Mr. Lostman album. Granted Yamanaka's vocals haven't been as strong as they were in the 90s, but he knows how to take what he's got and push it out towards an endless limit. You can just picture an evil smirk on Manabe's face when he starts strumming away in "Give Me Up!", which transforms itself into a modern-day rockabilly romp with Beatles-like harmony. In regards to both "Sad Fad Love" and "Doggie Howl," is it me or has Yamanaka's English gotten worse? While the fun melodies are there the lyrics seem lost in mumble. Perhaps he'll never make another great English track like "Sad Sad Kiddie" or "Rain Brain," but then again it's safe to never count him out for long. "Lily, My Sun," on the other hand, just about sums up what makes the pillows a phenomenon: classic riffs, beautiful harmonies and a lot of heart in their presentation.

It must've helped Yamanaka to get some of the more cluttered songs out of his system and onto his solo album DISCHARGE. It made sure that he dug deep into his brain to find the sort of sound that made the pillows what they are today, and Horn Again is the successful undertaking that came out of it. It's a recording like this that shows the pillows are starting their next decade on the right foot.

Dissidia 2 Trailer Will Make Your...