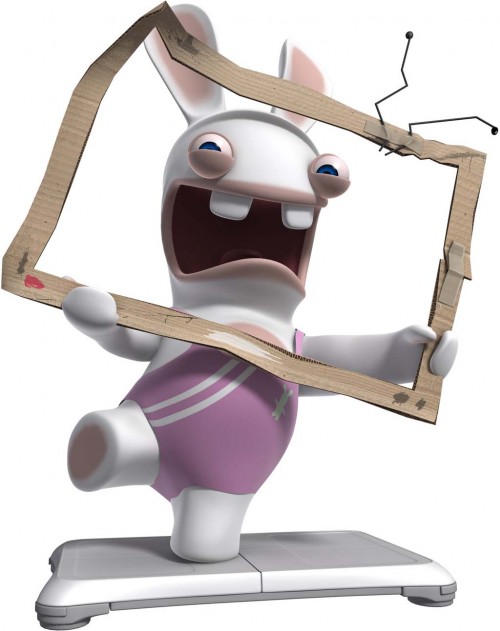 Our favorite furry bastards have struck a deal to appear on American television within the next couple years.

This past week Ubisoft Motion Pictures licensed a deal with Nickelodeon on Raving Rabbids, its first inhouse production. The show will be a CGI animated comedy series that will focus on the wacky adventures of those crazy rabbit-like critters, and will be animated by Aardman Animation (Wallace & Gromit, Chicken Run) for 26 episodes.

"This partnership with Nickelodeon is a major milestone in Ubisoft's strategy to expand its brands to new media, thereby attracting new audiences to its games," said Ubisoft Motion Pictures CEO Jean-Julien Baronnet, in an interview with Variety. "Our goal is to create a television series that is as hilarious and unexpected as the game, and respects its DNA to make the fans happy...But we're also looking to add some layers to the jokes to make the show appealing to kids and adult audiences alike."

The Raving Rabbids video game series was created in 2006, as a spinoff for the popular Rayman series. No word on whether characters from Rayman's world will show up in some fashion. Raving Rabbids will be set to air on Nickelodeon in 2013.