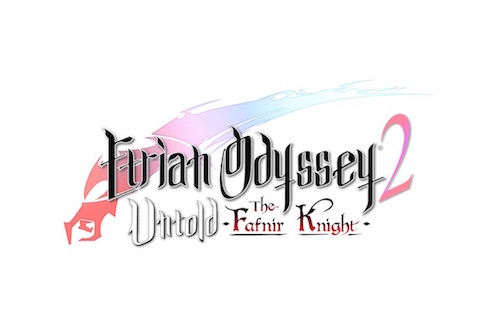 The Etrian Odyssey series has interested me since the first game came out on the DS back in 2007. Having played a fair amount of that first game, but no others since, I was excited to get back into the series. One of the main things I had a difficult time with playing the first game was being unsure about my team. HP is low to begin with and the combat is quite challenging, so balance of your team is very important. Unlike classic mode, the story portion of the game gives you a set party to adventure with, which relieved a bit of that strain. For players that like creating their own story, classic mode allows you to, just like in the original game, recruit your own party members and explore the labyrinth in your own way.

Some might argue that the story mode of this game is not particularly necessary and that it could even violate the original spirit of the series. The awesome thing about the way it has been handled, is that players are able to choose for themselves and if they liked things the way they were, classic mode is exactly that. For me personally, while I wasn't blown away by the story by any means, I appreciated a bit more framework that the story mode allowed. The new mode also includes a completely new dungeon, Ginnungagap, to explore as part of the story. Atlus did not pull their punches with the story mode and included animated cut-scenes as well as voice acting which ran about middle of the road, neither seriously impressing or offending me as I played.

If you've never played an Etrian Odyssey game, let me fill you in a bit on the proceedings. As you take every step in the game, the only thing that fills in automatically is an indicator that you had stepped upon a particular tile. Beyond that, everything including walls, doors and traps must be marked manually upon the map on the bottom screen. While not an unattainable goal, this can feel overwhelming at times and it's hard not to feel a sense of pride upon completing an entire floor. That is, until you go up the stairs to a brand new blank map. Thankfully, if drawing the map isn't your thing either, the option to have it auto-filled as you travel does exist in this game. As well, once you've completed a floor, you can warp straight to either set of stairs, making it easier to go back up or down.

As mentioned before, combat in this game is on the tougher side and can be challenging. Rush into a tough enemy that you're not ready to fight and you'll be steamrolled for sure. There exist such tough enemies, FOEs as they are called, which you will spend most of your time trying to avoid. It is quite satisfying however, once you are powerful enough, to go back and seek your revenge on these enemies later on. The battles are turn-based and focus on both exploiting weaknesses and proper protection for your team. This is why, as mentioned before, that proper balance of your team is essential to success and why new players might do well to start with story mode to get a sense of what is necessary in a good party before choosing their own members.

There is a lot of game packed into Etrian Odyssey 2 Untold: The Fafnir Knight. In addition to the two dungeons, there are quests that can be picked up in town, food recipes to learn, grimoire stones to trade and a café to advertise. Most of these things, aside from the quests, are largely unnecessary, but do add an occasional respite from exploring the labyrinth. It feels overwhelming at first with how much they throw at you right out of the gate, but with the little amount of pressure applied, it's not hard to adapt and learn about each of the little systems in the game. That being said, unless you know what you're doing, traveling through each floor in the game takes quite a while and adds up to quite a lengthy quest. If you're up for it, this might be great news for you, but be wary if you're not looking to commit to this game for the long haul.

If ever you've sketched out a dungeon layout on a scrap piece of paper, these games were certainly designed for you. It adds an element of satisfaction and completion drawing the map yourself and when I was in the mood, I greatly enjoyed doing it. The story certainly had twists and turns, but the thing it really added for me was confidence that I had a well-crafted party to take adventuring. If coming up with your own team and imagining their personalities on your own is your preference, then there's still plenty of fun to be had with classic mode. So, get your stylus ready and map out an adventure with Etrian Odyssey 2 Untold: The Fafnir Knight.