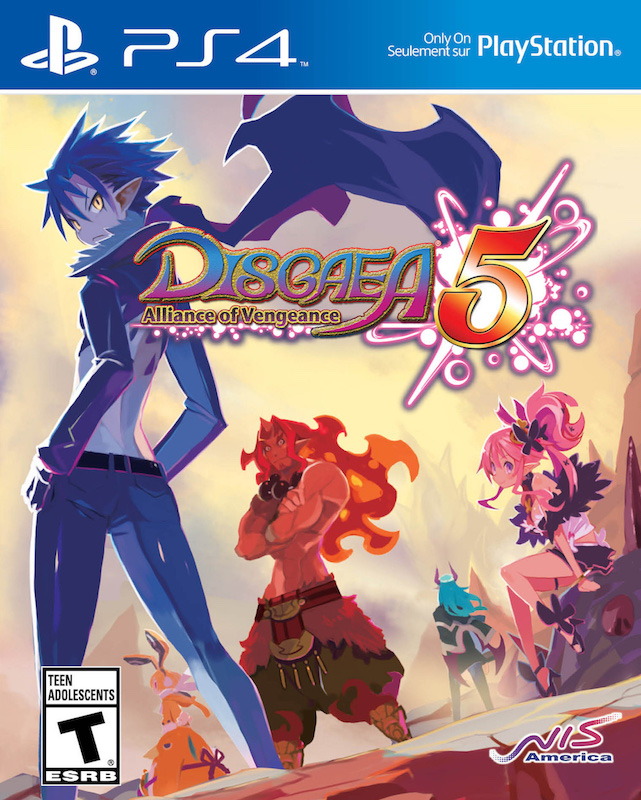 The Disgaea series has always been two things: really funny and really hard. Filled with colorful characters with violent personalities and some of the most nail-biting tactical RPG fights that'd even make a certain Final Fantasy spinoff wince with worry, Nippon Ichi's popular series has almost always delivered one entertaining package for role-playing enthusiasts. This can also be said for the latest chapter in the series: Disgaea 5: Alliance of Vengeance.

With the Netherworld coming under the rule of Dark Void a team of bastardized misfits reluctantly team up to take down the foe for their own personal needs. Led by the runaway Princess Seraphina and the mysterious & always hungry Sir Killia the crew sets out to take down Dark Void's Lost army one-by-one. However as you reach the top villain the reasons for Sir Killia wanting to strike him down become ever-so clear. 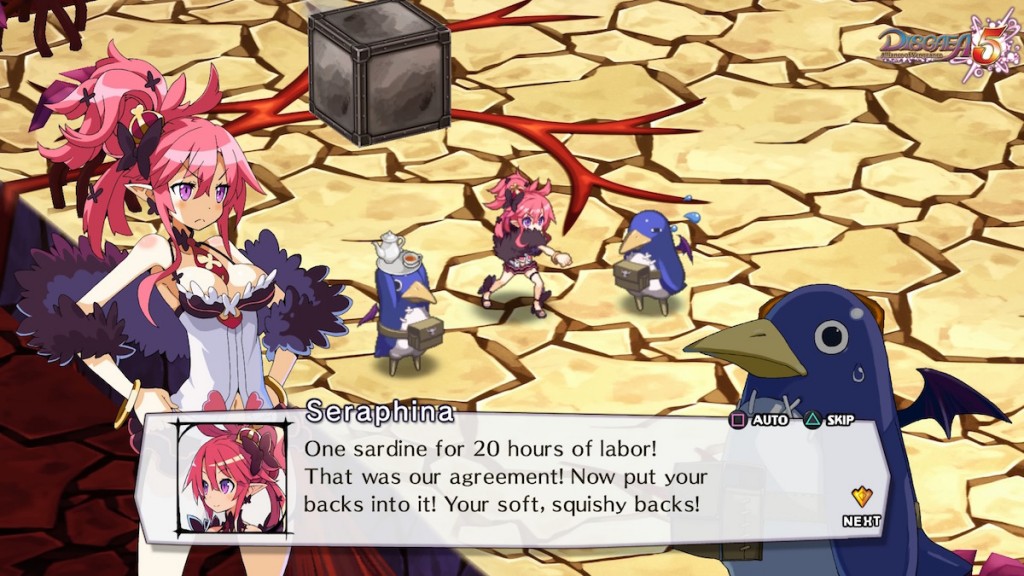 As in past Disgaea titles Alliance of Vengeance will have you fighting enemies in tactial, chess-like battles. As you move closer to the enemy AI your chances of laying a hit or Special Attack on them rises. On occasion -- and with the proper placement -- you can even have your teammates help you out in an attack, raising the odds of taking an enemy out with one fell swoop. Of course this is the type of RPG where the trial-by-error way will be the one true means of figuring out how to clear a stage.

At first Disgaea 5 holds your hand during the first couple stages, as they act as a tutorial so you can get a handle of how Sir Killia, Seraphina, Red Magnus, and the rest of your crew operates. Without warning the difficulty jumps into full gear, and soon you'll be taking on levels that will take at least half an hour to complete. It will be apparent that you will fail countless times as you play each stage until you get it right, and once you do it'll be thanks to some outside-the-box thinking that will require a huge sum of brain power to conduct. 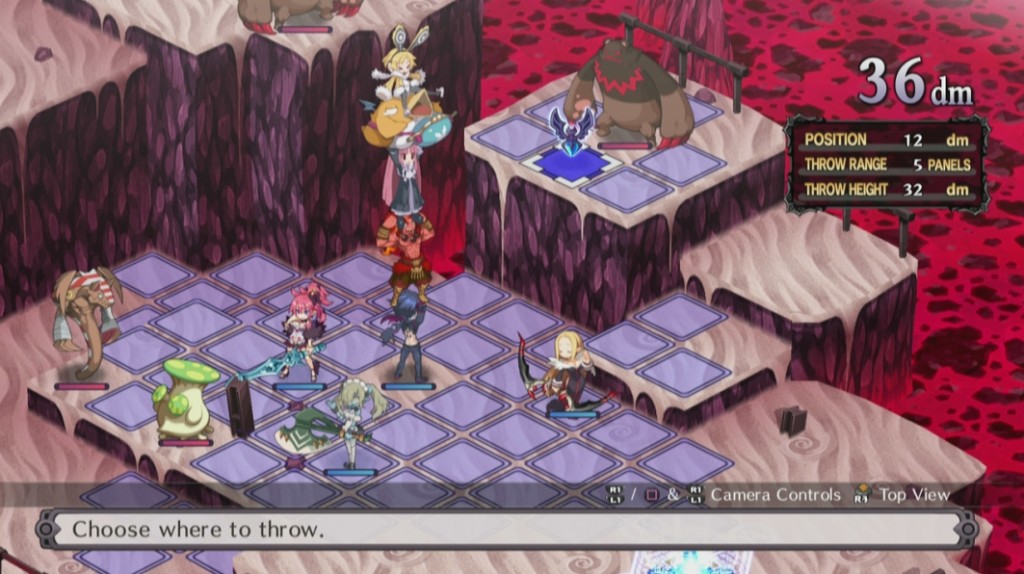 Alliance of Vengeance will make you check every option and crevice the game covers in order to gain just one victory. Switching weapons, building up a supply of health items, taking on quests to build up HP, hiring new faces, and even revisiting older stages so as to level up characters new and old will be just a few of the things you'll need to attempt to do in order to move onto the next round. Hell, you can even call upon council meetings in the Dark Assembly to pass bills and approve new options that may help you out in the long run of this adventure. To put it bluntly: Disgaea 5 is no cakewalk by any means.

Fortunately the game is padded nicely with some of the great humor we've come to love in the Disgaea series. Watching Seraphina constantly berate her Prinnies and Red Magnus sticking his nose where it doesn't belong never gets old, especially when physical comedy comes into play. Both the Japanese and English dubs have their highs and lows, with gamer's preference being depended on which one their favorite character sounds better as. (In the past I preferred the Japanese over the English, but surprisingly the English dub this time around has a lot more energy and oomph than its native counterpart.) 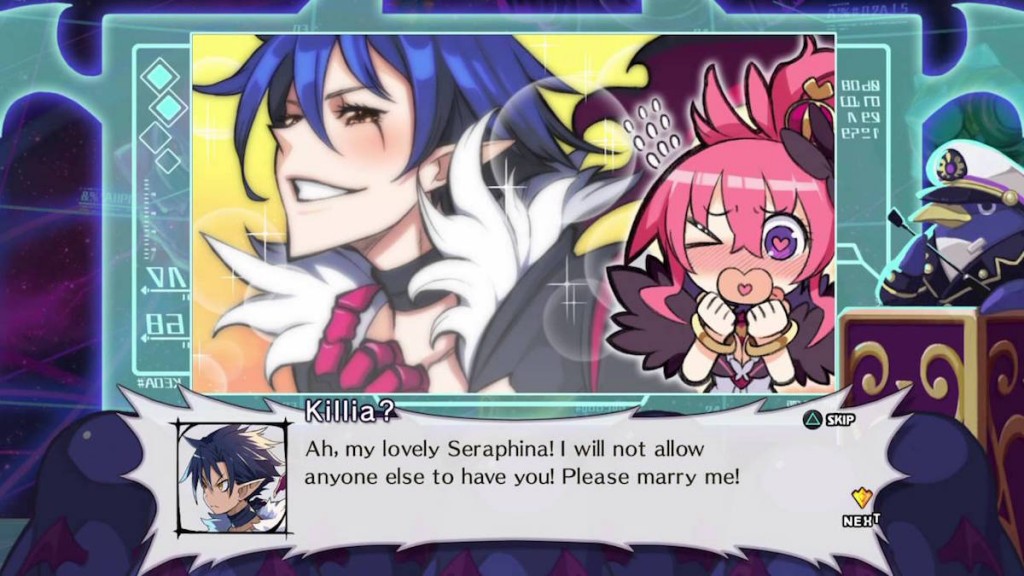 New to the Disgaea universe are a few new modes, many of which may help in the line of battle. Revenge Mode will unlock hidden potentials for your allies if one of your crew gets maimed or defeated in battle, which can also lead to an Overload power that can do massive damage to foes across the board. You can send allies uninterested in battle as part of the Nether Research Squad, where you can discover new items and capture prisoners that may become future allies. There are even new shops where you can purchase some much-needed special weapons or tasty curry to fill your teammates stomaches.

Controlling battles can be a little touch-and-go, as the multiple menus may invoke an accidental attack meant for someone else. Fortunately there is no time limit to the fights, so if you are able to calmly map out your turn then the odds of making a critical error will be on the lower side of things. With that being said it's still tough at times to make out the positional aspects of the battlefield, as each camera angle finds a way to block a spot that could be the very place you'd need to plop your character on to make the most of his/her attacks. 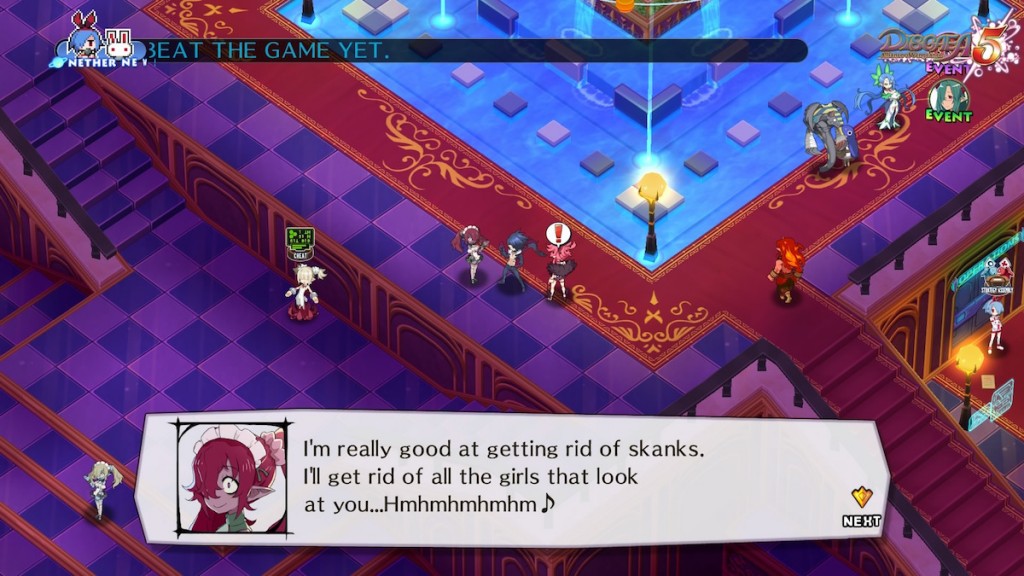 I'm happy to see that Disgaea 5 still has its cartoonish looks and charm, even with the jump to PS4. Not only do the characters and worlds look great, but so do the battle actions (especially when the Alliance Skills happen). While there may be some that may scoff that the game doesn't look "next-gen" it's this anime look that has become a staple of Nippon Ichi's cornerstone series. In laymen's terms: the game looks exactly as it should.

Composed by Tenpei Sato, the game's score features a large range of styles and genres. From the jazz club melodies that play in the Pocket Netherworld to the classical-styled pieces during the more tense moments of the game the soundtrack is chockfull of personality that will easily grab any player's attention. It knows how to cue the moments right, be it a funny moment involving the Prinnies to a touching realization of Seraphina's feelings for Killia. 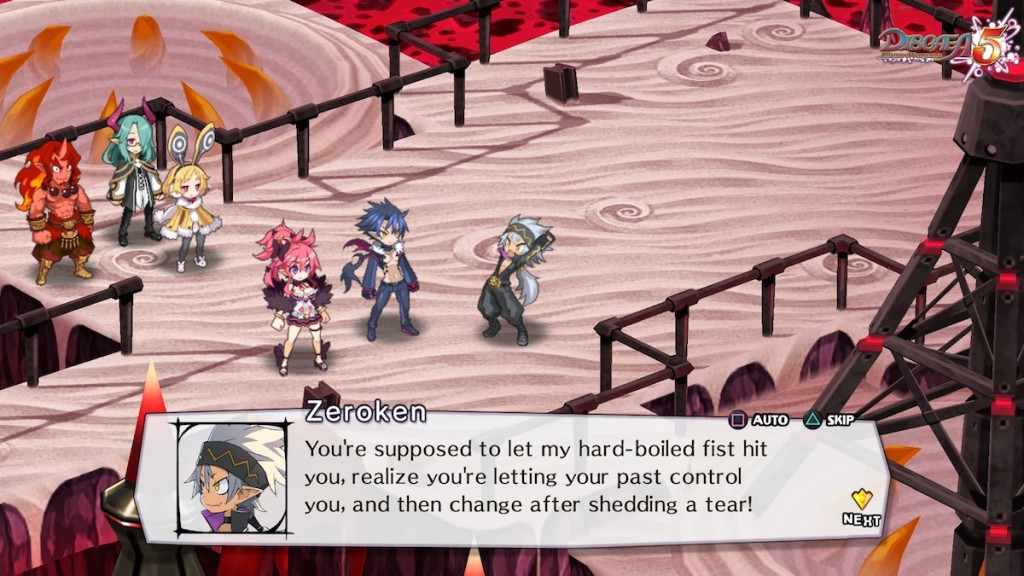 With the combination of main missions and side-quests you may have just about 80 hours of gameplay under your belt before you complete the whole thing, and that's just with one ending. (The game has seven different ones to unlock!) There's a spot where DLC can be purchased and added to the game, but even without it there's plenty to do in Nippon Ichi's massive universe.

There's a lot to do in Alliance of Vengeance, in and out of the main game, which can be a tad bit overwhelming for some people. However those who take their time and check out what each little piece of Disgaea 5 offers will no doubt find much to love about it, from its battles to the clever comedic timing. In short: grab a Prinnie and charge forth into this fun and long-lasting adventure, dood!