Let me be completely honest with you readers before we begin: as much as I've tried, I've never really gotten into Minecraft. While I do understand that it's a huge cultural and gaming phenomenon -- with cons, merch, and even celebs like deadmau5 that swear by its existence -- I've just not have been given a prime opportunity to dive into Mojang's massive universe. As I lack the time and talent (okay, mostly talent) to learn the crafting and building aspects of the game, my knowledge of Minecraft is pretty limited. With that being said, Telltale Games' Minecraft: Story Mode is a great way to familiarize yourself with the lore of Creepers, zombies, and pigs.

Minecraft: Story Mode focuses on a legend known as the Order of the Stone, a group of adventurers who slain an Ender Dragon. The years have gone by, and the tale starts to become fuzzy to those who look up to the Order. One of those fans is Jesse (Patton Oswalt), a hopeful builder with a heart of gold and a pet pig named Reuben. He and his friends Olivia (Martha Plimpton) and Axel (Brian Posehn) team up to win a building contest to earn a chance to be showcased at EnderCon and meet one of the members of the Order. 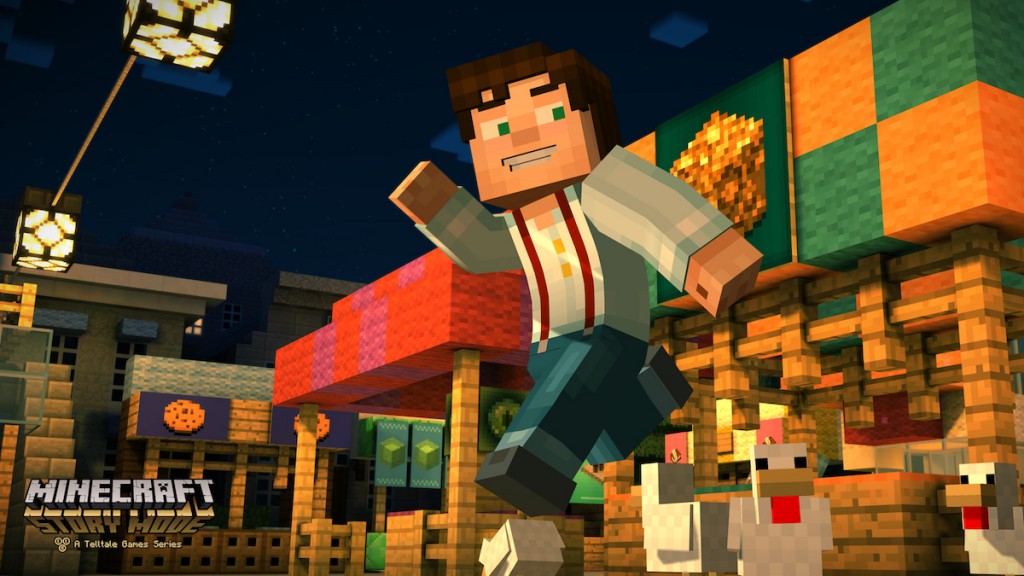 Suddenly a mysterious man named Ivor (Paul Reubens) begins to raise havoc of the event, bringing about a creature that starts to destroy everything that is in its perimeters. Jesse is soon given a task by Order member Gabriel the Warrior (Dave Fennoy) to find the rest of the adventurers in order to stop the monster from eliminating the entire world. With the help of his friends, Petra (Ashley Johnson) and Lukas (Scott Porter) Jesse will do all that he can to live another day and save the planet from complete annihilation.

Perhaps the thing that stands out the most regarding Minecraft: Story Mode is how much Telltale Games was able to capture of Mojang's original game. The characters, the worlds, and even the crafting mechanics feel like they should fit in no problem with the realm of their forefather. As the game focuses more on story rather than building some fans of the original may not dive into it as much as they may be with their creations. However if they can find a way to pull themselves from Minecraft and give this a go, then they may find a story that's not only intriguing, but also fitting for the original game's namesake. 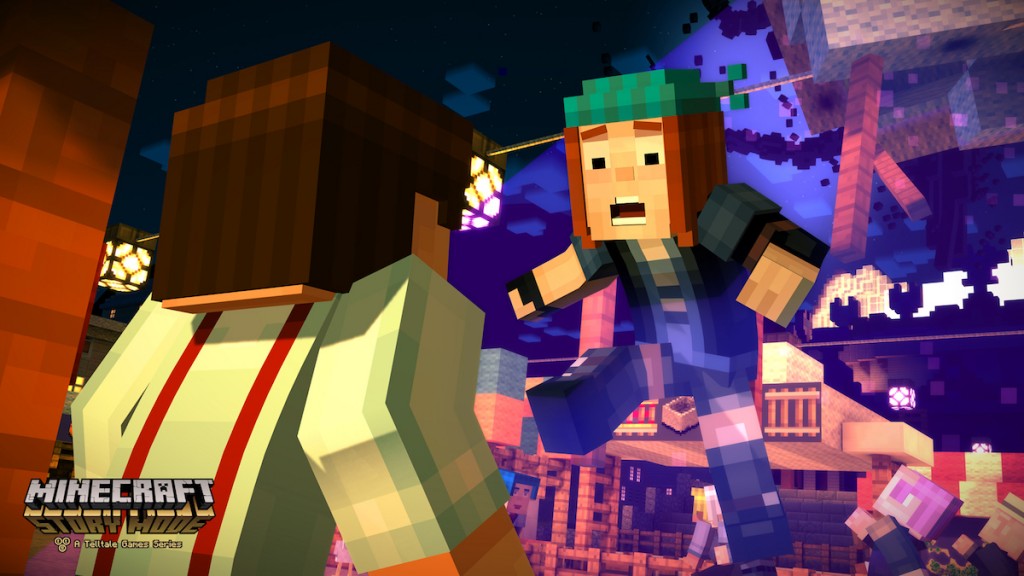 The adventurous parts of the game were quite well-done, from the battles against Creepers and zombies to the roller coaster-y mine cart segment that'll have you beating up massive creatures left and right. I wasn't expecting there to be as much action in a game like this, especially from a Telltale one, but did it impress me! It was also nice to see some crafting aspects in the game, as you are given the chance to build weapons, tools, and various other things to help you on your journey.

While playing I did notice a few quirks with the game engine, which -- at this point -- has kinda/sorta become Telltale's glitchy trademark. During a couple scenes the sky would render in and out, flickering like stuttering lightning. A wall or two during the discovery of the Order's location would also disappear and reappear, although a quick walk-around the vicinity would fix the area. I'd also mention the synching of the voices with the mouth movements, but I have a feeling that bit is intentional. 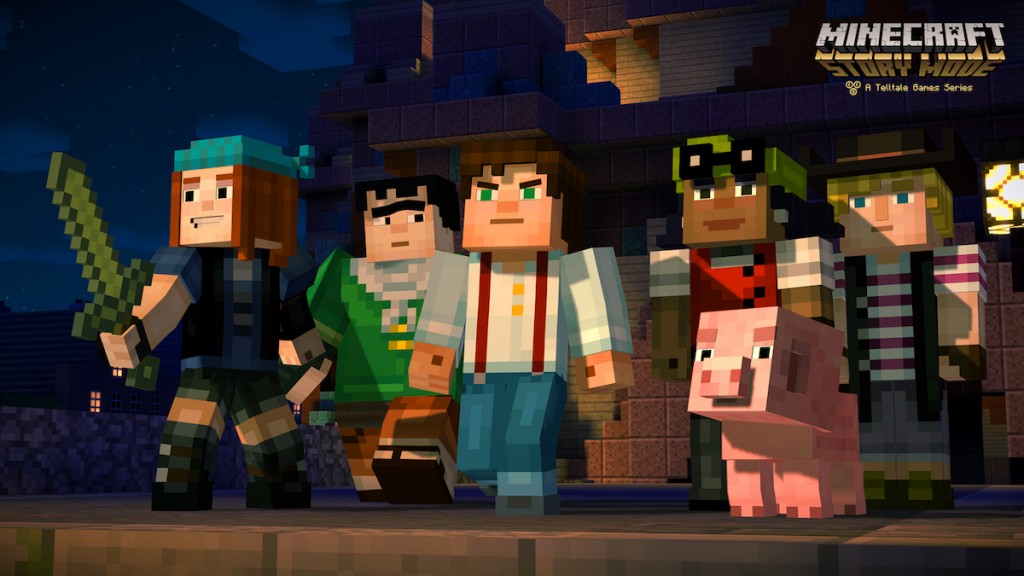 Speaking of voices, I'm not alone when I say that I'd follow the careers of both Oswalt and Posehn anywhere they go, from stand-up and films to even the many cartoon characters they've played in the past. Hearing these two Comedians of Comedy taking part in a Telltale series warmed my heart, and them being able to fill their roles out as Jesse and Axel showed that they not only showcased a love for the Minecraft series, but also the fun aspect of it. Reubens was almost unrecognizable as Ivor, so those looking for that Pee-Wee Herman voice will be sorely disappointed. However it does show he has some incredible range, of which even I wasn't very aware of. The nicest surprise was hearing iconic Billy West as the narrator, whose tough yet wholehearted performance will have you grinning ear-to-ear once it enters inside your brain.

For the most part the choices given to you in Episode One of Minecraft: Story Mode weren't at all nail-biters. You can either be a strong leader, a coward, or somewhere in-between, and depending on your mood or how you feel about certain characters you'll be able to decide on the whichever path with some ease. Its hardest decision comes towards the end of the game, and whichever you choose will decide on where the story will take you in Episode Two.

Even if you are not a fan of the original game, Minecraft: Story Mode has quite a lot to enjoy in its first episode alone. With its mixture of great storylines, funny one-liners, and some pretty awesome adventure scenes Episode One helped to build up what I hope to be another memorable series for Telltale Games. Grab your pig and sword, because it's time to get to craftin'!

Jackbox Returns to Party Once Agai...