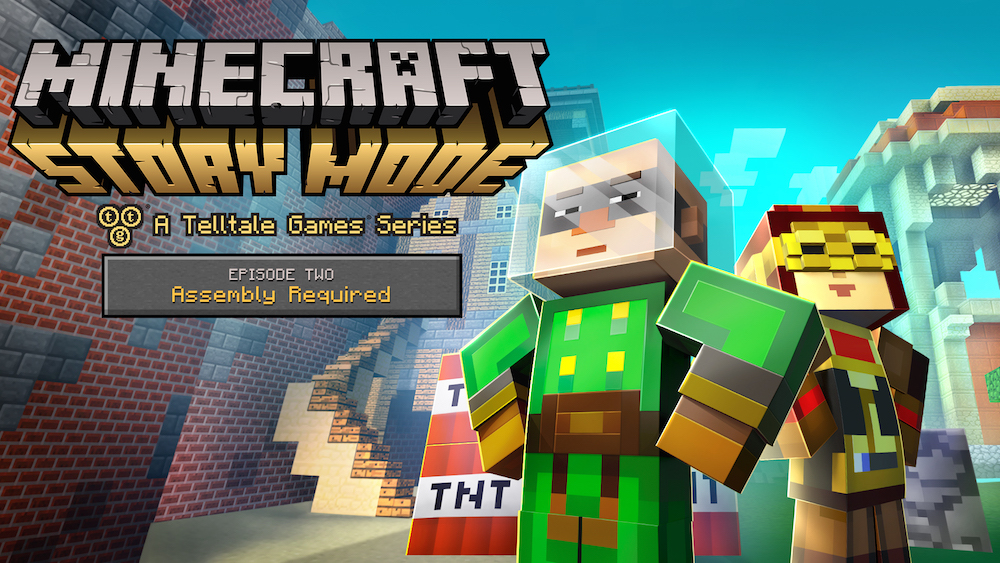 I stared at my clock after playing "Assembly Required," the latest episode of Minecraft: Story Mode, with only an hour passing by since I began it. "That was it?" I uttered as the end credits rolled on the screen. While I understand Telltale Games' workload has been pretty big, what with finishing the brilliant Tales from the Borderlands and the flawed Game of Thrones adaptation, it feels like certain liberties were taken in order to push this episode out faster to players. Dare I say, it's almost as if someone took a pickaxe and chipped away some corners.

Depending on how you ended the first episode, "Assembly Required" has you attempting to reunite The Order of the Stone. Go with Olivia, and you will seek out Ellegaard the Engineer; tag along with Axel, and Magnus the Griefer will be the one you attempt to recruit. As the Witherstorm sucks up everything and everyone in the world, the last remaining member is cooped up in his lab with an invention that could stop the destruction once and for all. Will Jesse and his friends make it in time, or will their attempts be thwarted by Ivor? 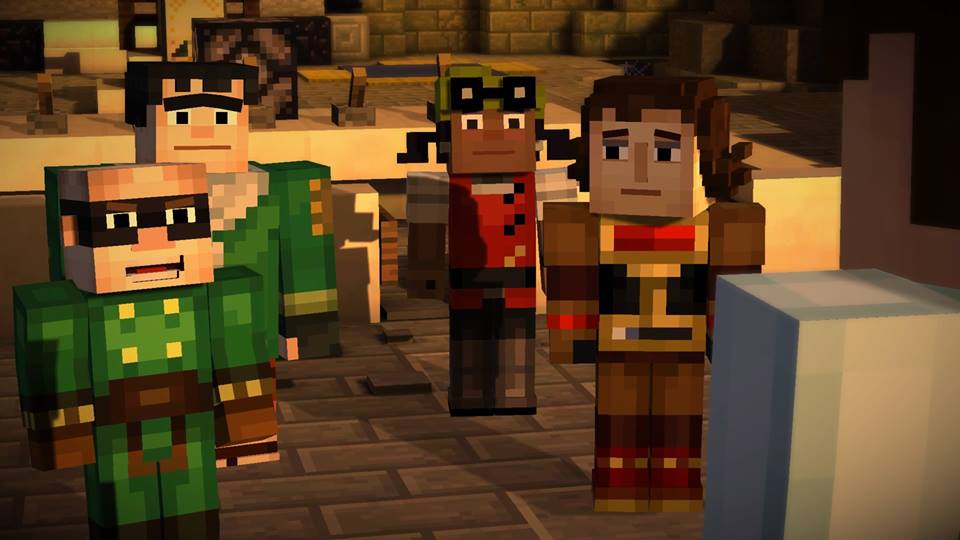 The issue I have with "Assembly Required" is that there was no need to force the player to redo certain parts of the game to experience the tasks to round up The Order of the Stone. It seems possible to be able to take on both stories at once, which could've certainly helped out with lengthening the episode. While I do think it is a cool idea to split up a story in order to boost the replay value, this part of the series would've felt fuller if more material was added to these separate arcs.

Another problem I had with Episode Two were some of their Quicktime Events. While helping out Ellegaard I experienced a montage of sorts, with some of the button commands showing up. However I would come across a part where it seems like you have to have Jesse perform a command, only he'd stand there looking dumbfounded as the Engineer frowned up him not doing as he was told. There was also the lack of humor that was in abundance during the first episode, with only a gag involving a cow disco getting a chuckle out of me. 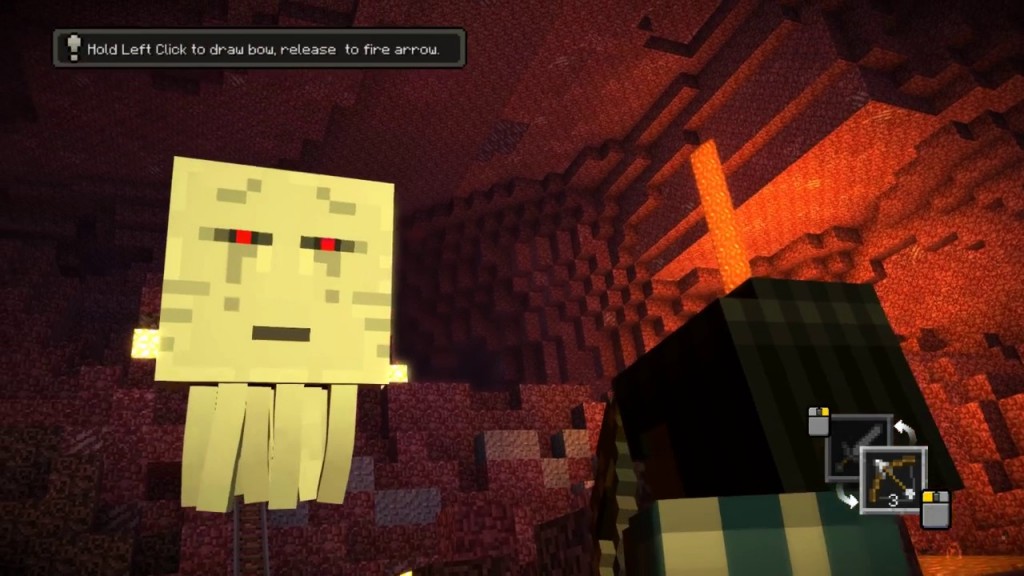 Despite these flaws I still have to give it to the voice cast for their fantastic enthusiasm during their performances. Corey Feldman joining the team as Magnus was a highlight in "Assembly Required," with his gruffness and ego helping to chisel out some fun banter between him and Brian Posehn's Axel. Grey Griffin showed off a nice mixture of eliteness and fragility as Ellegaard, as she tried to overcome her mysterious past with Magnus to the point where she and Feldman fed onto the tension between the Engineer and the Griefer.

The couple action sequences in this episode nicely created some fine alertness for Jesse. Being able to battle Creepers and other creatures from the Minecraft lore is still a nice touch to what Telltale Games is doing with this episodic series. I actually prefer this sort of sense of interactive danger over the Quicktime Events, as it really makes it feel like you are participating in a fight instead of just watching it go down and waiting to press a certain command.

"Assembly Required" was a step backwards from Minecraft: Story Mode's series premiere. While the voice acting and multiple means of seeing how things go down were great the short length and multiple bugs that plagued its Quicktime Events made it hard to really enjoy it. I urge you, Telltale Games: please take your time with Episode Three. We're patient enough to wait for it if means a higher quality experience will come out of it.

Get off the fence