In my youth I remembered fondly playing some of the first 3D first-person shooters on my old IBM PS/1. The Wolfenstein 3Ds, Dooms, and Blake Stones of my time were filled with some great memories, even though I was technically too young to play some of those games. When first looking at Pixel Titans' setup for their debut title Strafe, the very first thing I noticed was that they had a PS/1 keyboard plugged in to play the game. I just needed my old desk & chair, some Crystal Pepsi, and a package of Dunk-a-Roos, and it would've felt like 1994 again!

Strafe is a major throwback to the first-person shooters of the '90s. Your character is returning from a failed scrapping mission, only to discover that the ship he joined has gone missing. No response from your coms, no detection on your radar, nothing! So you grab a gun, and teleport to the lost ship ICARUS. That's when all Hell literally breaks loose! 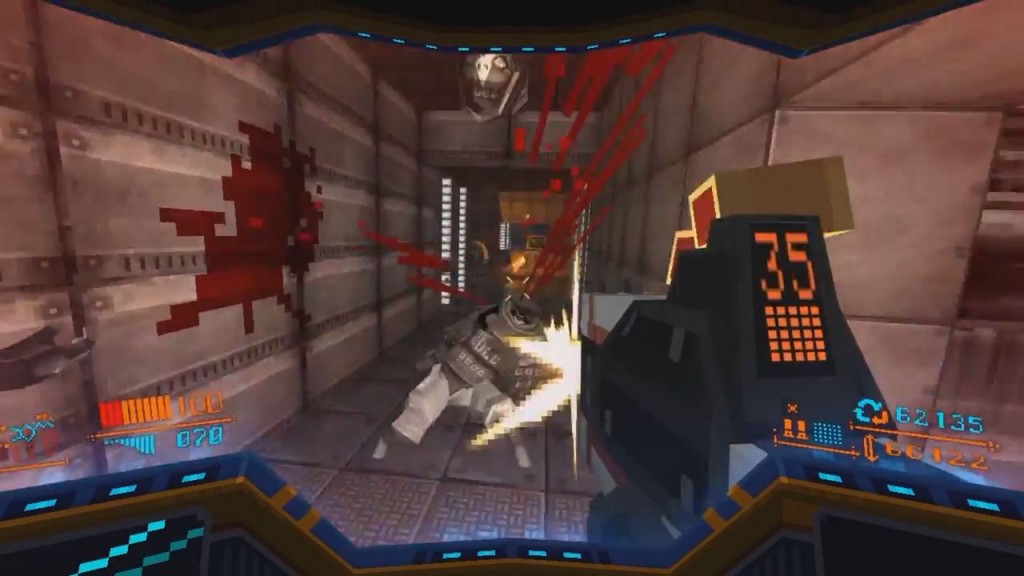 Almost as soon as I warped onto the ship, the sloth-looking enemies began to charge at me, in a style that was practically like a tower-offense maneuver. With my gun in hand, I started blasting away. Bits of the alien sloth thingies splattered on the walls and floor in all its retro-bitted glory, to the point where I found myself blasting one of its heads around like it was a soccer ball. I didn't have much time to admire the new paint job I gave ICARUS, as the sound of me slaying these beasts sent a loud signal to others to come to kill me.

Strafe is one tough video game to conquer. The enemy AI can be rather smart, especially the ones that can drop down from the ceiling and start slicing you apart. Even with armor on my character was bombarded and harmed by the sloth-looking bastards that hurtled towards me. Even when it looked like I had the upper hand, one of them would suddenly appear from behind and attempt to rip me apart. This is one of those games that will have you thinking on your toes at every exact moment. 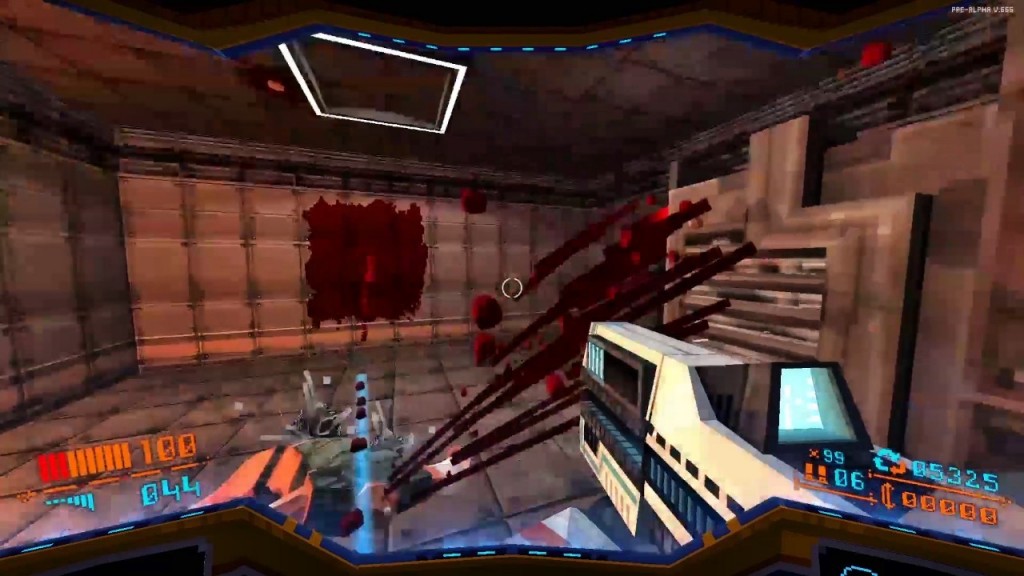 It will also have you searching through every crevice to find hidden gems. As the game will be randomly generated it will lead to players experience a multitude of different levels in every play-through. Throughout these levels will be secret levels, doors, weapons, and even some monster closets. A lot will be left to discover in Pixel Titans' debut title, and while we may have to wait a bit longer to experience it in full we can bet that our patience will be awarded with one hell of a gory nostalgia trip.

Strafe will be hitting PC, Mac, and Oculus in early 2017.

New screenshots for Escape from Ta...

Taking my own tour of the games at...