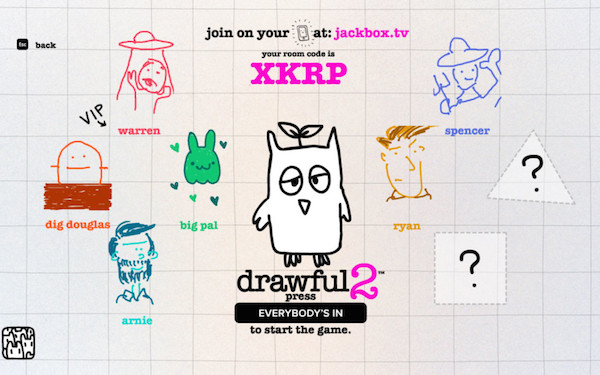 Ever since revolutionizing local multiplayer games with The Jackbox Party Pack, Jackbox Games has been releasing a fairly steady stream of new titles in the series. If you own that first game, you're probably familiar with the drawing game included in the package entitled Drawful. To stave off the hungry fans this summer, before they release The Jackbox Party Pack 3 this fall, Jackbox Games has released a sequel to one of the better games from that original package. Drawful 2 takes some of the concepts from the original and expands upon them smartly, adding not only new prompts, but a slew of new features to entertain guests at your next big party.

The original concept of Drawful is a simple one: get a wacky prompt and draw it. People then, without knowing your prompt, come up with their own and try to fool people into thinking theirs is the original. You could only use one color and there is no erasing allowed, so drawings very often come out looking pretty awful. If you haven't gotten the pun in the title of the game yet, I can't help you. Drawful 2 isn't looking to fundamentally change how the game is played, but does add some meaningful gameplay changes to the mix. 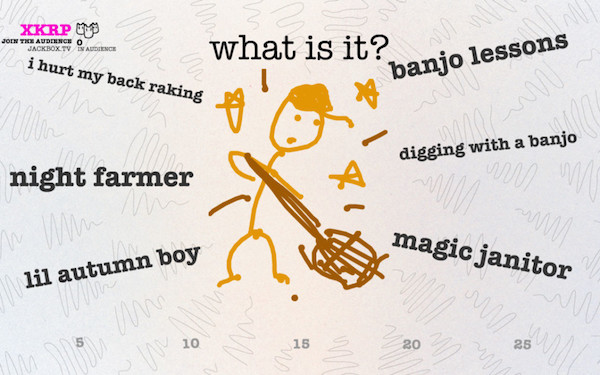 Only having one color made drawing the, often very obtuse, prompts very difficult. Drawful 2 ups the ante by allowing you to use two colors. This seemingly small change makes a big difference when trying to convey something. It doesn't break the game by any means, how are you supposed to draw cotton candy hair anyway, but it might just give you that extra edge you need to at least have a shot. There's still no way to erase, but when playing one of my friends pointed out that you can fill the screen with one color and draw with another is a mistake is made. That was probably not what they intended, but I'm certainly not complaining.

Inside jokes have formed nearly every time my group of friends has booted up a Jackbox game. Knowing this tendency, in Drawful 2 there is a mode where you can create a custom set of prompts. I recommend doing this in advance of everyone arriving and letting the hilarity ensue, as when I tried it out we all contributed. That is all well and good, but it doesn't work as well when everyone knows what the potential pool of prompts contains. 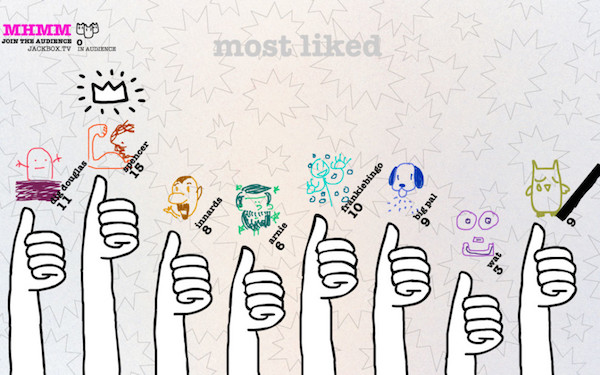 Family friendly is not how I would describe any of the instances where I have played Drawful with my friends, but Jackbox Games has made sure the game can be made fun for the whole family, if need be, with multiple features. First, they included a family friendly mode in settings, which does nothing more than exclude the dirtier prompts. They've also thrown in the ability for one player to act as a censor, excluding any drawings, players or answers they deem inappropriate. They've also integrated Twitch with the game, allowing you to sign in and requiring other players to do the same. You can even add some extra time to each in-game clock to make up for lag. As a streamer myself, I'm glad they're recognizing the scene for playing these games with fans over Twitch.

Many of these features are very cool, but don't necessarily change the game drastically. If you are playing fairly casually and already own The Jackbox Party Pack, assuming you haven't run out of prompts in the original, there's nothing in this package separates it enough to justify a second purchase. On the other hand, if you are a hardcore fan of Drawful, or love to stream it, then these new features could easily be enough to justify picking it up. If, for some crazy reason, you still have yet to get any Jackbox games at all, then this is your perfect opportunity and I couldn't recommend it enough. 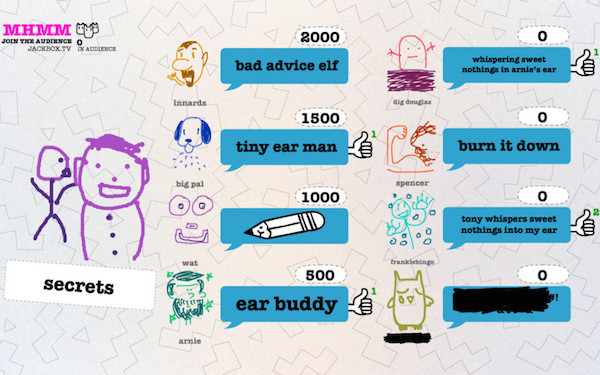 Leading the charge on local multiplayer to this day, Jackbox Games has done an excellent job of providing my universally-loved party entertainment ever since they first released The Jackbox Party Pack. Drawful 2 does bring in some new additions and lessons learned from The Jackbox Party Pack 2, but the changes made from the original are relatively small. If you're expecting a game changer, you're not going to find it here. That being said, the custom mode takes replayability and sends it through the roof and nearly all of the other changes are smart and make the game more fun. Huge fans of the first game should check this out and if you haven't played the game at all before, stop reading right now and go get Drawful 2 for PC, Mac, PS4 and Xbox One.