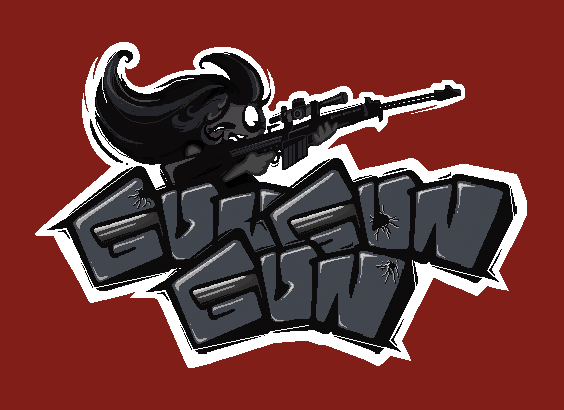 Sometimes a hero needs to go all out in a blaze of glory, even when cornered by thousands of enemies. GUNGUNGUN, the debut game from Mystery Egg Games, puts you into such a situation, where the object isn't to survive, but rather survive as long as you can.

GUNGUNGUN has players controlling a female gunner, who has stolen guns and gold from some nameless bandits. A bounty is placed on her head, with literally everyone trying their aim at taking her out. Fortunately, you have quite the way with a pistol, meaning those bandits will have to fight with every ounce of their lives to take you out. 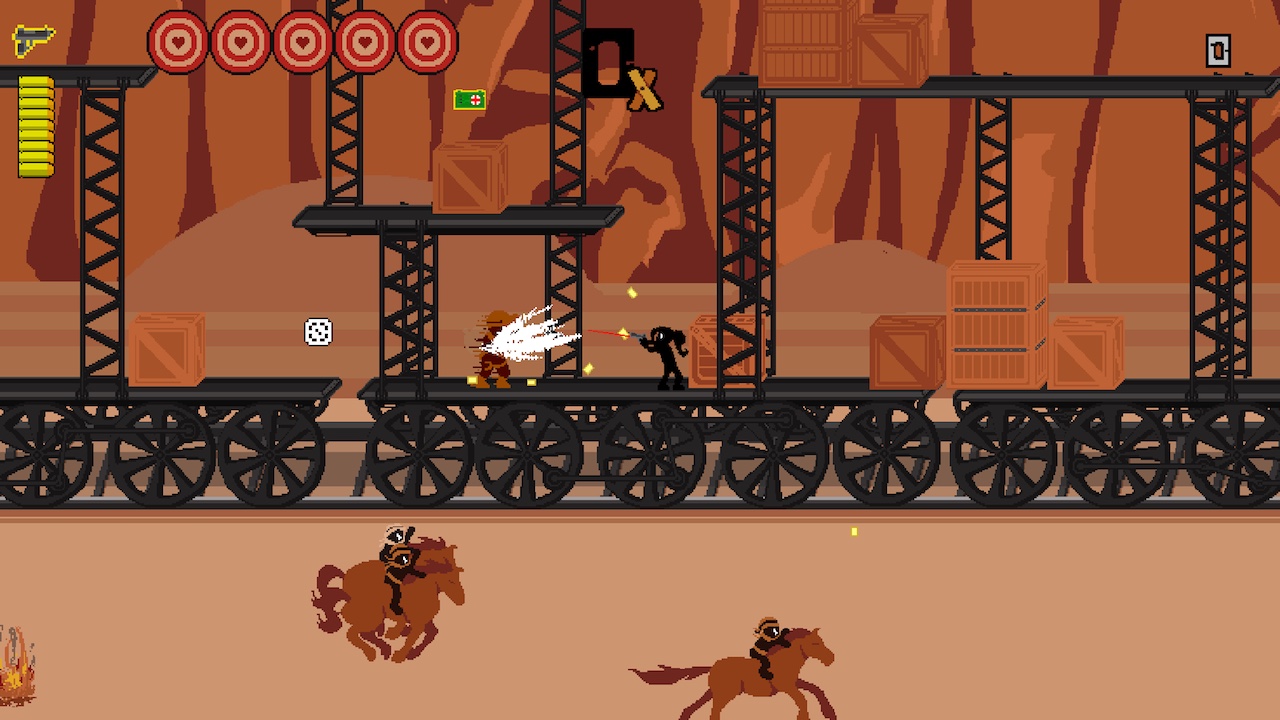 Taking place in a 2D realm, your gunner fights off enemies at around every corner on a runaway train. On occasion, shooting enemies will result in them dropping their own weapons, which you can then claim as your own. If you don't like a current weapon, just shoot another enemy and take theirs. And the madness continues until you die, with your earned points ranking into the worldwide leaderboard.

Despite its retro look, there is one big attention to detail in the way your weapons work. Unlike you average bullet hell game, you don't just fire your gun willy-nilly. Nay, there will be times when you need to reload your gun, which is presented with the most detail-attentive pixel animation of your weapon being prepared for the next round. However, you still need to be careful as to when to reload, as even a well-timed moment can result in losing a heart or -- worse -- your life. 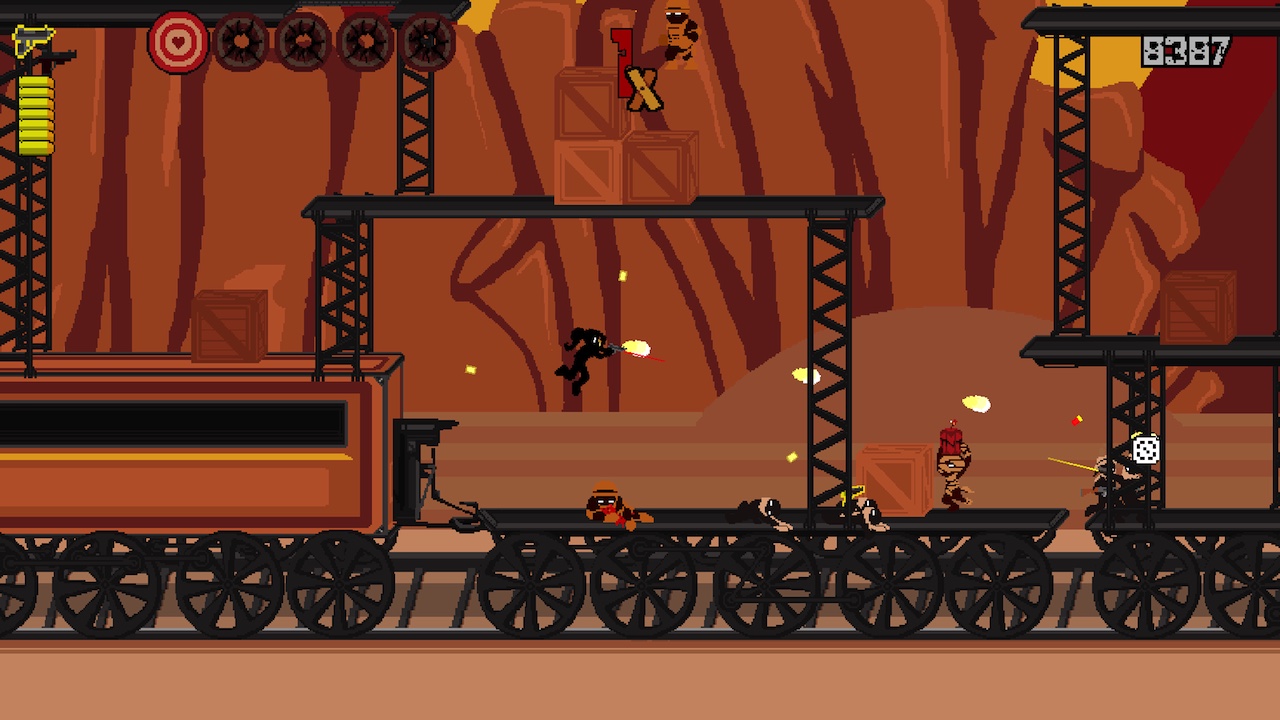 Mystery Egg Games' debut title thus far looks to be a great time-killer. With there being no end in fighting off enemies, you can either find yourself dead in minutes or, if you're that good, after hours of nonstop gameplay. Players in need of a simple yet hardcore shooter may be in need of experiencing a game like GUNGUNGUN.

GUNGUNGUN is currently working to be featured in Steam's Project Greenlight, and will be made available for free.