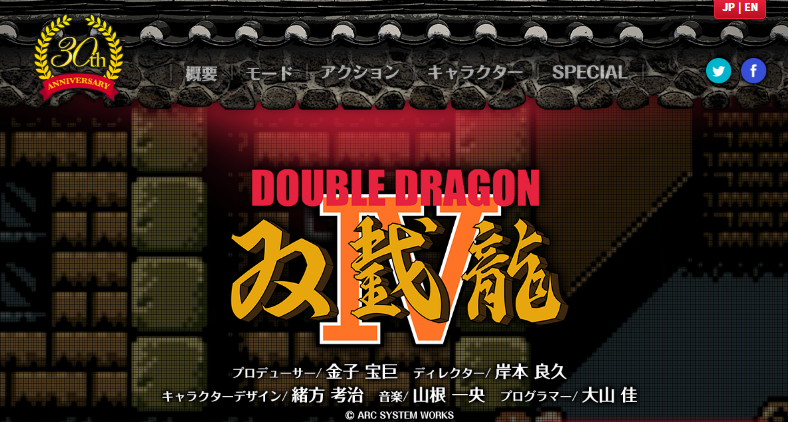 I lived and breathed Double Dragon when I was a kid. Whether it was playing the video games, watching the Sunday morning syndicated cartoon, or even having my babysitter pay his hard-earned money to see that live-action piece of garbage film (which, back then, I actually enjoyed), I did all in my pre-pubescent power to live the code of the dragon. Now many years later, a true follow-up to the adventures of Billy & Jimmy Lee has arrived with Double Dragon IV. However, it comes off as a lost relic of the NES era, and I mean that in both the positive AND negative way.

Taking place after the events of the second game, Double Dragon IV has Billy & Jimmy in America, where they’ve spent their time building dojos and teaching their style of Sōsetsuken martial arts. On their way to their next location, a new gang called the Renegades runs them off the road, signaling that peace in the fighting realm has once again been disturbed. As they battle the Renegades, they soon find out that Marian (who somehow is no longer dead) has been kidnapped and brought to Japan, where the brothers must fight with honor on their line. 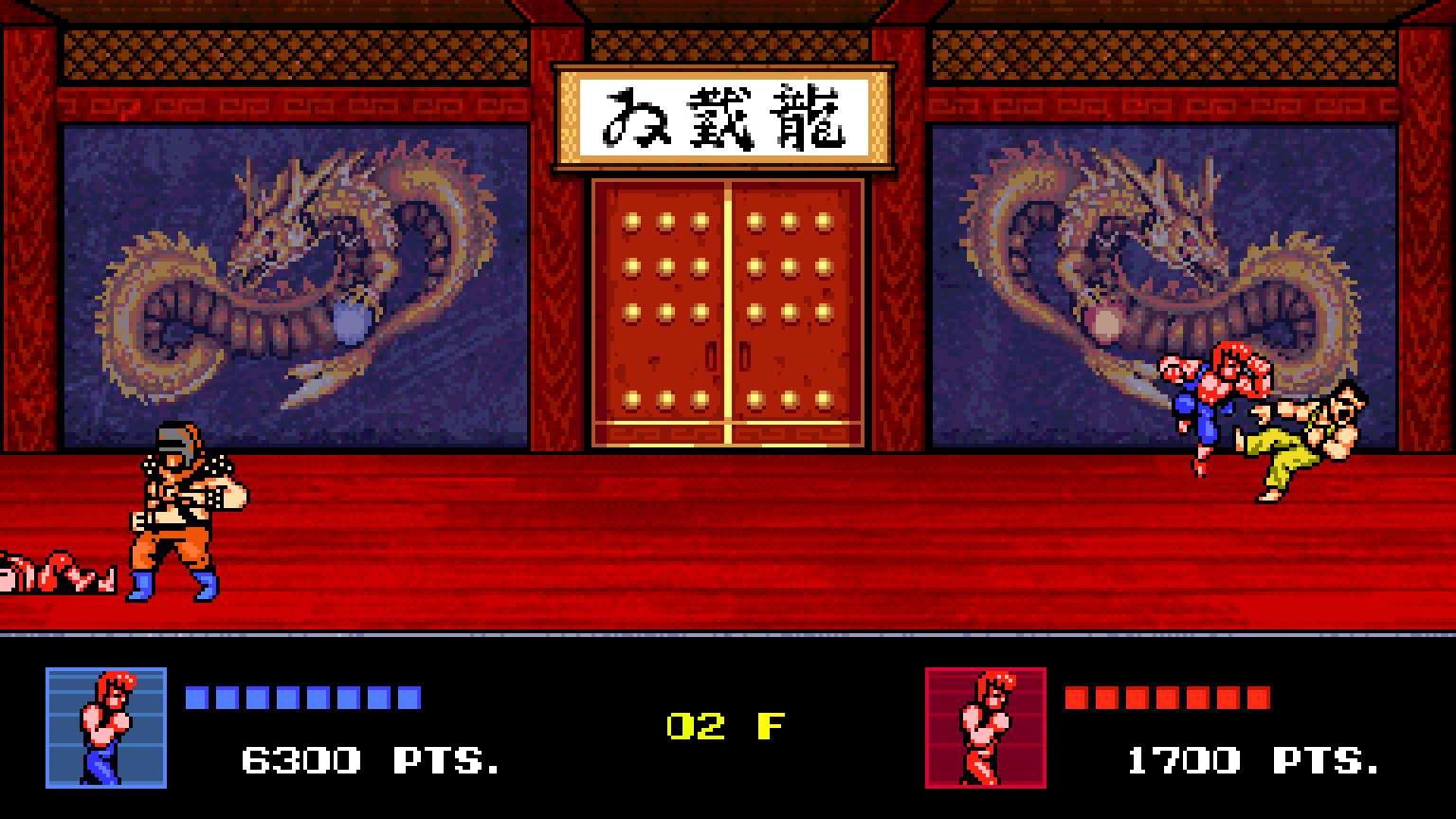 When you dive into Double Dragon IV, you are immediately hit with the feeling of nostalgia. The look and feel of the game is straight out of the 8-bit realm, capturing that retro attitude to a T. Even its story gives off a classic style to the era of late-80s/early-90s gaming, as it’s told in a hilariously choppy and plot hole-filled manner. The cherry on the top of this throwback is its soundtrack, with its mnemonic melodies that sound like they were ripped from the original games, whether you hear it in the more cleaner manner or in chiptuned fashion.

However, with nostalgia comes a price, especially when it comes to capturing how older games used to play. The biggest of these issues is with its control scheme. Moving about as Billy or Jimmy is a lot less smoother as the more current side-scrollers seem to be. Trying to nail a punch, kick, or combo requires you to literally be toe-to-toe with your enemy, meaning you are more likely to miss your target than hit it. And can someone explain to me why the Renegades can block and duck my maneuvers but I can’t do the same with theirs? (Even though it clearly says in the guide there’s a means to block, never once could I figure out how to do it.) 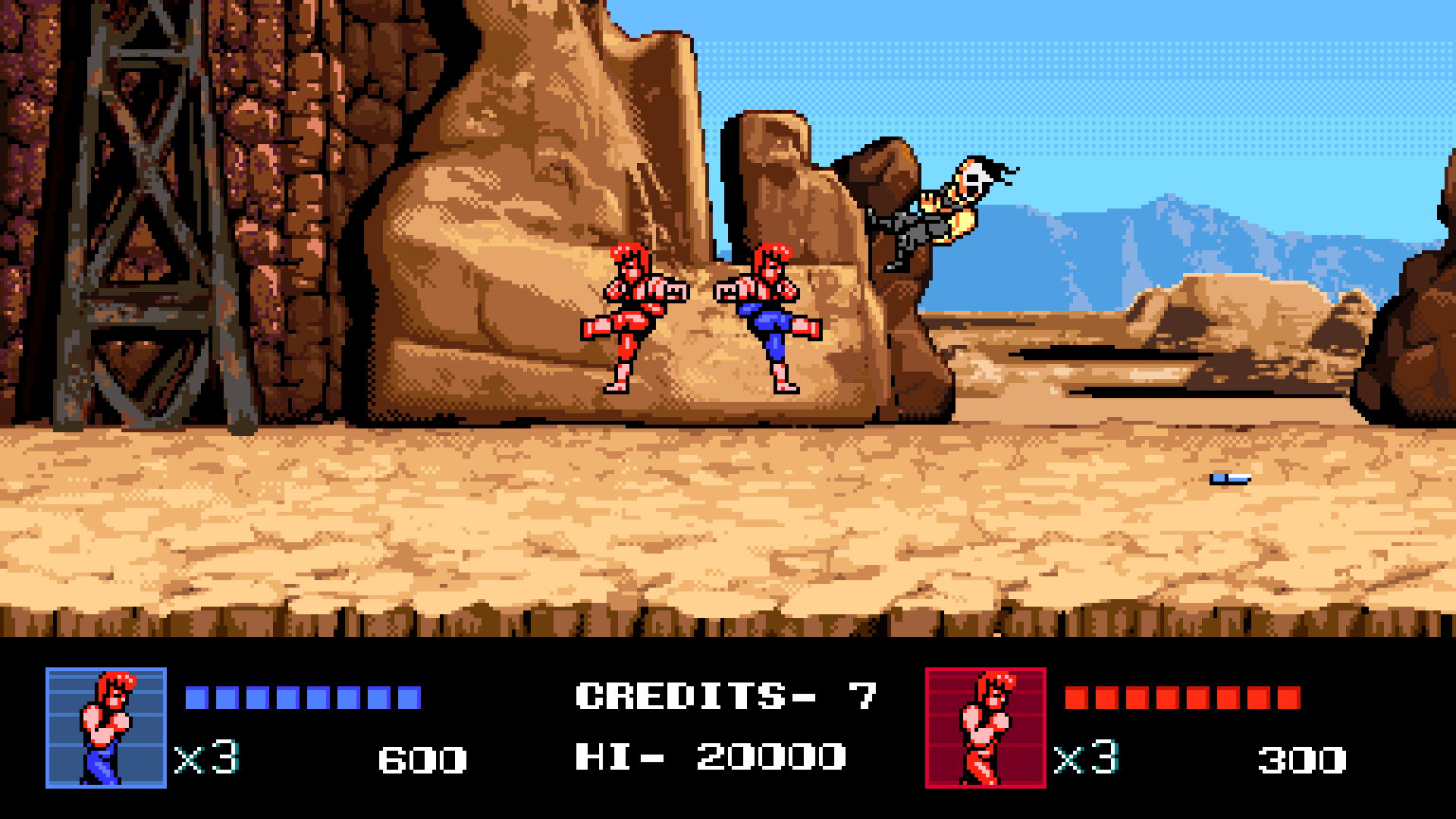 While still on the subject on controls, if you wind up grabbing Double Dragon IV, your first task should be to change its layout. After spending half my time pressing the Square button due to force of habit and nothing happening, I found it more comfortable to switch around every button (and also take advantage of the other ones for extra maneuvers) in order to actually play the game better. I understand that they were attempting to do a bit of a throwback with something like a Genesis-styled scheme, but it doesn’t quite work as well on a DualShock 4.

Perhaps the thing that drove me off the walls was the choice in sound effects. Even though some of them sound like they came from the original game, a good chunk of them sound very tinny. Every time an enemy appeared on screen, my ears felt like they were about to start bleeding from the high-pitched sound it’d make. Needless to say, do not play this game at full volume! 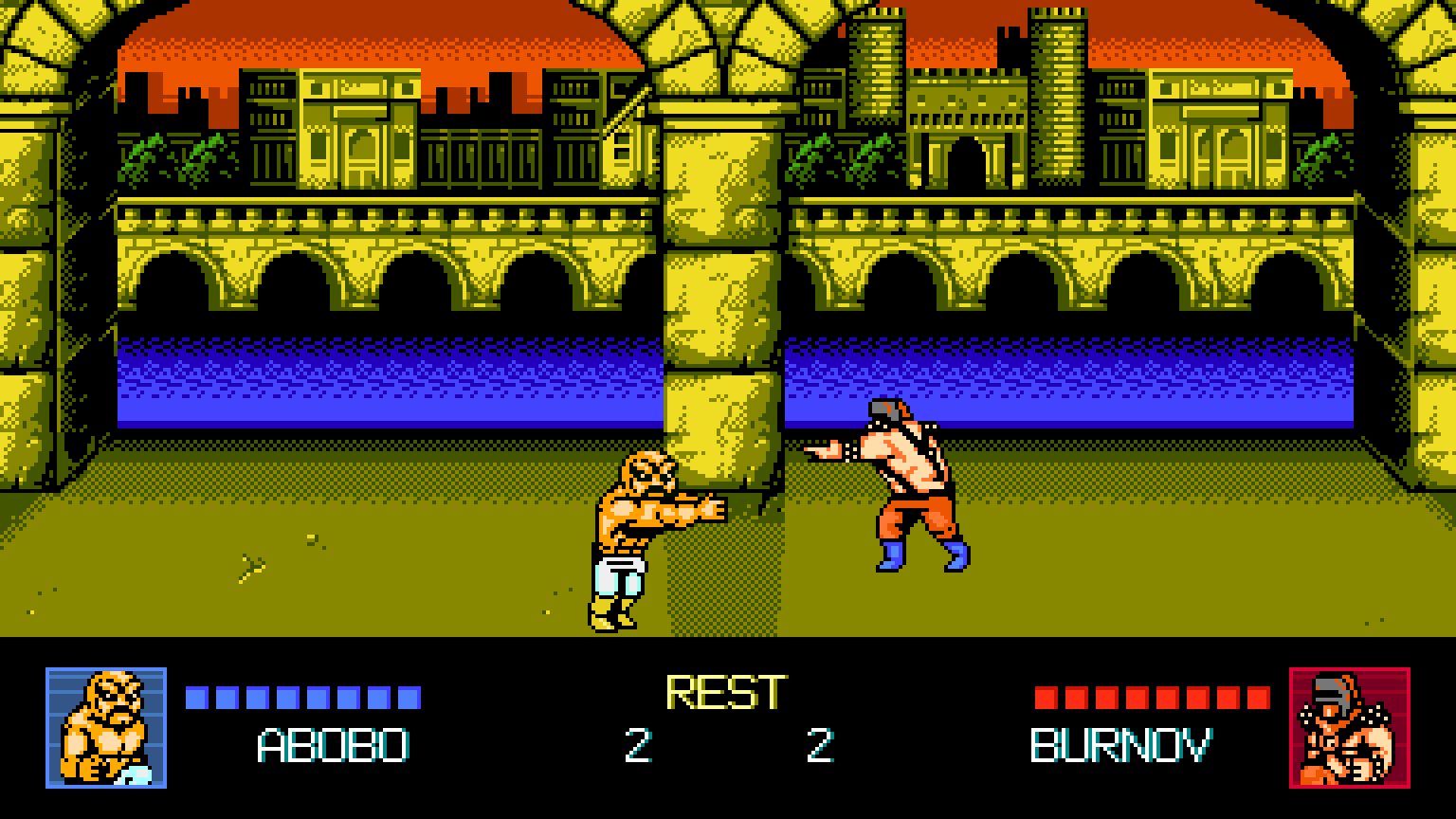 Double Dragon IV will take you about an hour to beat, the average length of classic arcade games. Once completed you can unlock the Tower Mode, which will have you play the game without any continues to back you up. Here, you will be able to play as various other characters you’ve earned in the main story mode, a nice bonus that’ll have you test out the various fighting styles that they bring to the table.

While it’s great to see the return of Billy & Jimmy, Double Dragon IV lacks both slickness and smooth gameplay. Although it does have its moments, this “lost” chapter feels like it lacks the discipline of  the bros’ Sōsetsuken, despite having both its essence & knowledge. Still for a $7 game, you get a pretty decent trip back to a simpler time in gaming, even if it has a few bumps and bruises.

Investigating the Future of Scaleb...