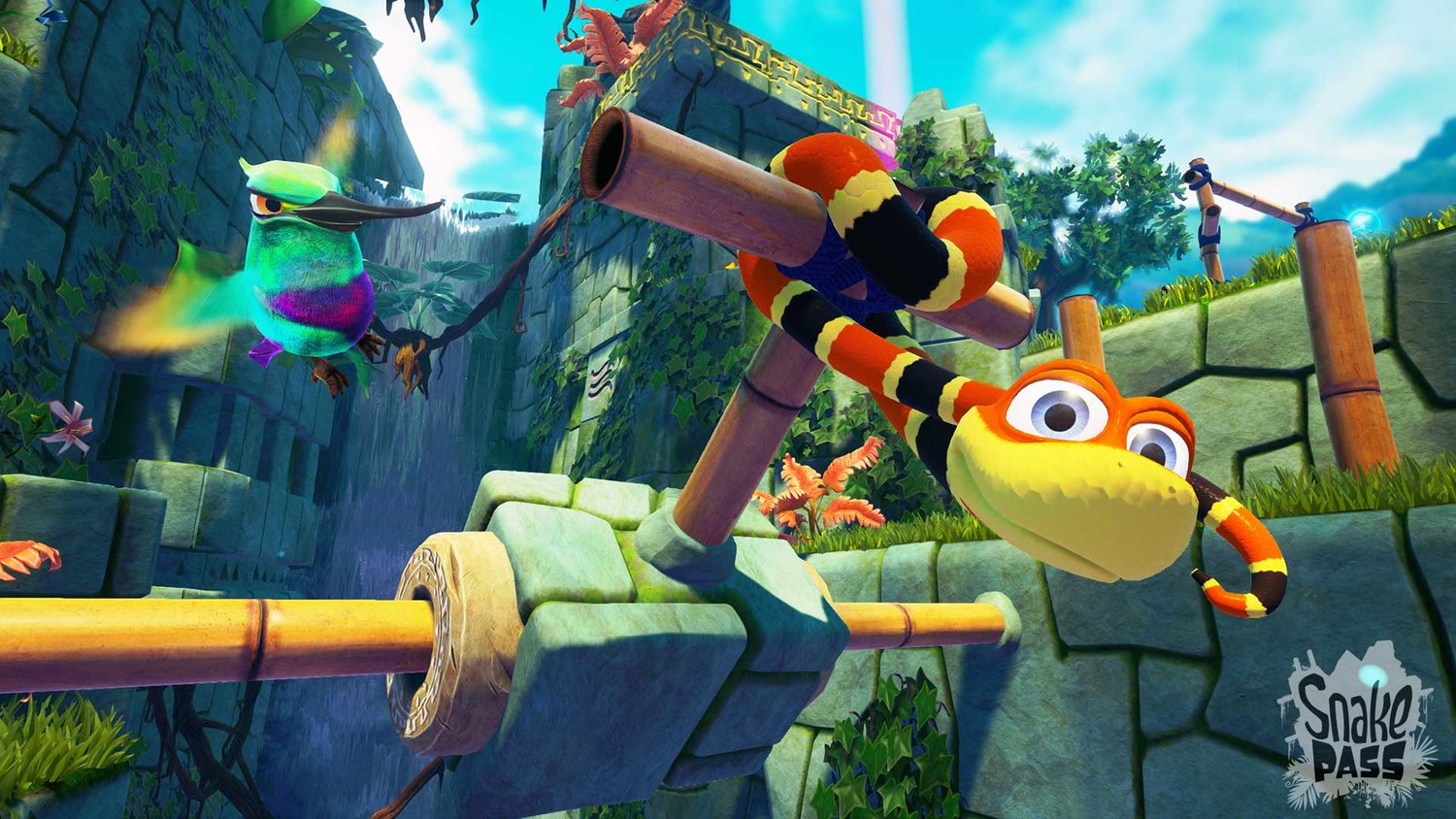 Quick: name the last game where you played a snake! If you said the really old-school title Snake, you're probably right. (If you said Metal Gear Solid V: The Phantom Pain, please see yourself out.) However that is all about to change with Sumo Digital's upcoming original title Snake Pass.

Reminiscent of Nintendo 64-era Rareware games Snake Pass has you take control of Noodle, a serpent who's late to a party with all his other Chinese Zodiac pals. As you are a belly-crawler, you cannot do what most normal heroes of platformers can accomplish in their realm: jump. Instead, you have to crawl and slither up puzzling areas in order to reach items and activate the portal to the next area. Thankfully, your hummingbird buddy Doodle will be there to assist in some parts of the game. 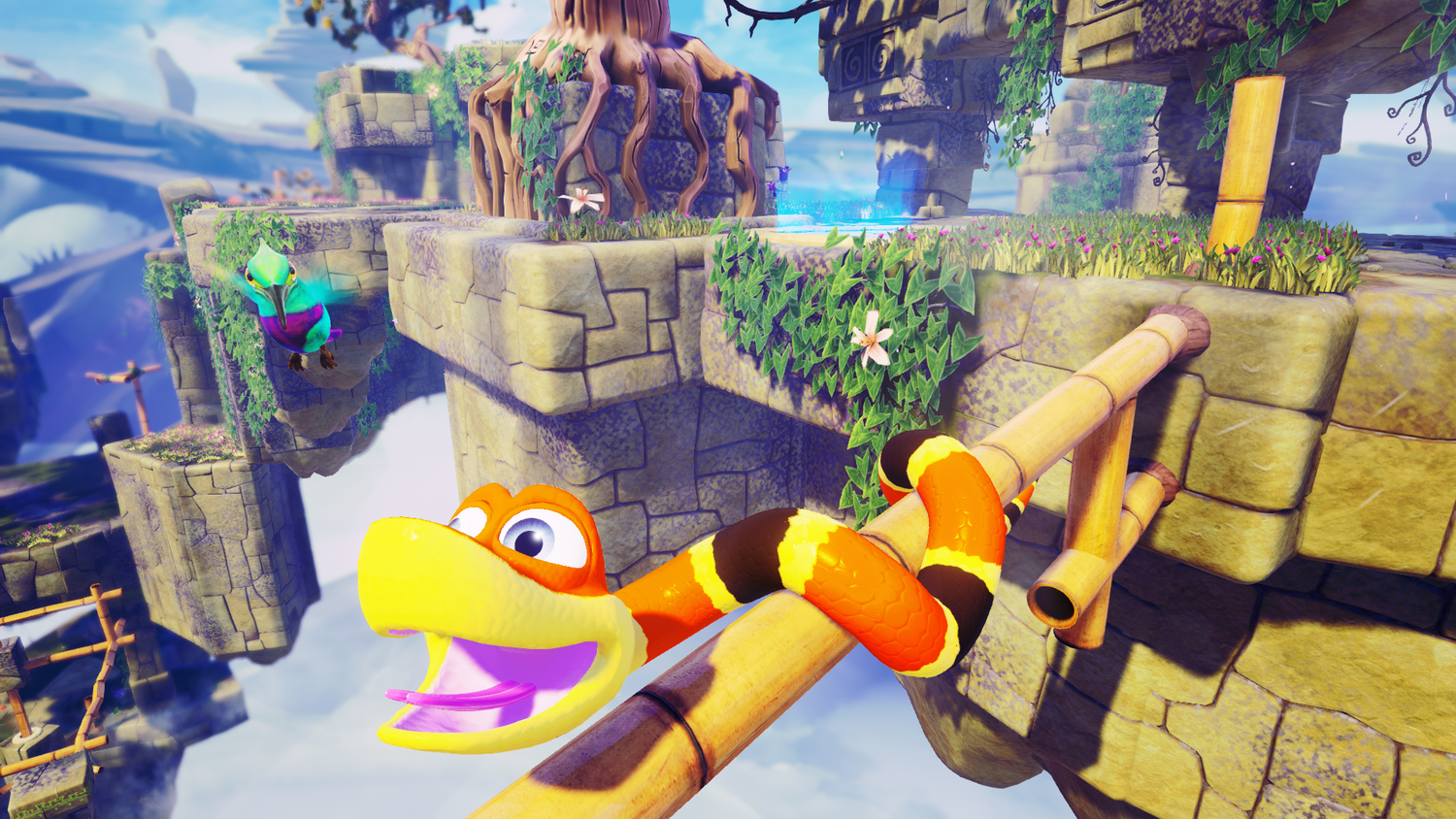 At PAX East I had the chance to check out the first level of Snake Pass. There I learned the basic controls and concepts of Noodle, where moving in a zig-zag manner was a whole lot faster than going in a straight line. Lifting my head near platforms, I discovered how to climb higher areas throughout the world of Haven Tor. In order to complete the level, I had to reach towards the proper colored orbs to power up the teleportation device that would bring me to the next level.

Thus far the game demonstrates a platformer mechanic that I've yet to see be attempted. It's fun to see what kind of momentum you can create as you slither back and forth on the ground, with faster speeds leading to a better grasp at climbing tall areas. The brightness of the world is also quite soothing to the eyes, with the overall look of the world bringing back fond memories of Donkey Kong 64 and Banjo-Kazooie. (Its soundtrack also helps to capture the spirit of those classic titles, with former Rareware composer David Wise crafting the music.)

Snake Pass is due for release on March 28 on PC, Nintendo Switch, PS4, and Xbox One. With serpents almost always being given a bad rep in the gaming realm, it's nice to see a joyfully scaly reptile with a cape of heroism for once.