I have wanted to go hands-on with Quantic Dream’s Detroit: Become Human for quite some time. It turns out that PAX West was where I made it happen.

Before I get into my experience with the game, I want to talk a bit about the game first. Detroit: Become Human is a choose-your-own-adventure action adventure-type game. Sure that sounds like a mouthful, but the game is very simple. It’s not an action adventure title in the same way as Naughty Dog’s Uncharted or Ubisoft’s Tomb Raider games. In those games, the player is actively engaged in action, hiding, shooting, exploring their environment. In this game you -- the player -- make choices that affect and change the story. 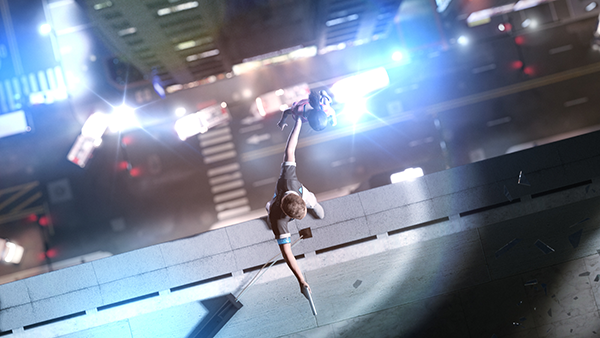 Detroit: Become Human features three protagonists: Kara, Connor and Markus. Each has different backgrounds, but all are extremely human-looking androids and all have stories that interconnect throughout the game.

This morning, I went hands-on with the demo the Sony team brought to E3 where I played through a piece of Connor’s story. Connor is a police android who hunts down and deals with androids that have, for some reason, deviated from their normal, harmless behavior. The demo started with Connor arriving on scene to deal with a hostage situation. A little girl is being held at gunpoint on the ledge of a high-rise by an android, and it is up to Connor (me) to resolve the situation. As an android, I am prohibited from using a weapon, so I must investigate the environment and use deductive reasoning to improve my chances of successfully negotiating with the deviant android.

At first I struggled with the game, mostly because the controls are so simple. Recently, I’ve been playing Uncharted: The Lost Legacy, which has every button on the controller mapped to an action. In this game, character movement is mapped to the left analog stick and all actions that your character makes are managed by the right stick and the shape buttons. I even got stuck at one point because I didn’t realize that I was being asked to swipe across the touchpad on the controller and not just motion right. It’s the only time I felt frustrated during the demo, but I imagine that if I had walked through an earlier tutorial area, it would not have had an issue. 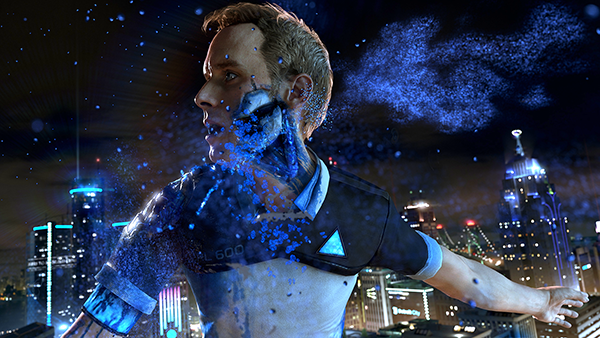 I found myself marveling at Connors' face and the pixel-perfect details of the characters on screen during my gameplay. Just like their other games (Heavy Rain and Beyond Two Souls), Quantic Dream does an amazing job when it comes to visual aesthetics. Facial expressions and eyes are super detailed. Then I remembered that the mission I was playing was a timed level and got my head back into the game. I spent the next several minutes investigating the scene. I looked at family photos and examined the gun shots on one of the victims, which let me use a kind of ‘rewind’ mechanic to recreate how he died. The more intelligence I gathered, the higher my probability of success became.

Knowing that time was of the essence, I chose not to investigate another room in the house, instead opting to go outside and face the deviant android. My probability of success was at 75 percent and I was feeling rather strong. After a few additional choices, the story drew to a close. I was able to save the little girl, but not the deviant android nor myself. As my end scene played out, my handler smiled and let me know he had never seen that ending before for the Connor demo. This not only made me proud, but also more excited for this game. 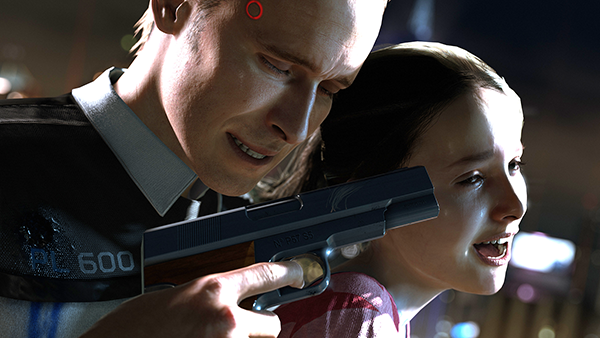 This demo and this team have been shown to thousands of people since June, and in less than 10 minutes I was able to create a scenario that had not been seen yet. That gives me hope that as beautiful as the game is, its stories are just as rich and deep. And, for someone who enjoys the adventure and the story more than anything else, that means a lot.

The problem with AI is that I can’...

From the maker of “Everything”