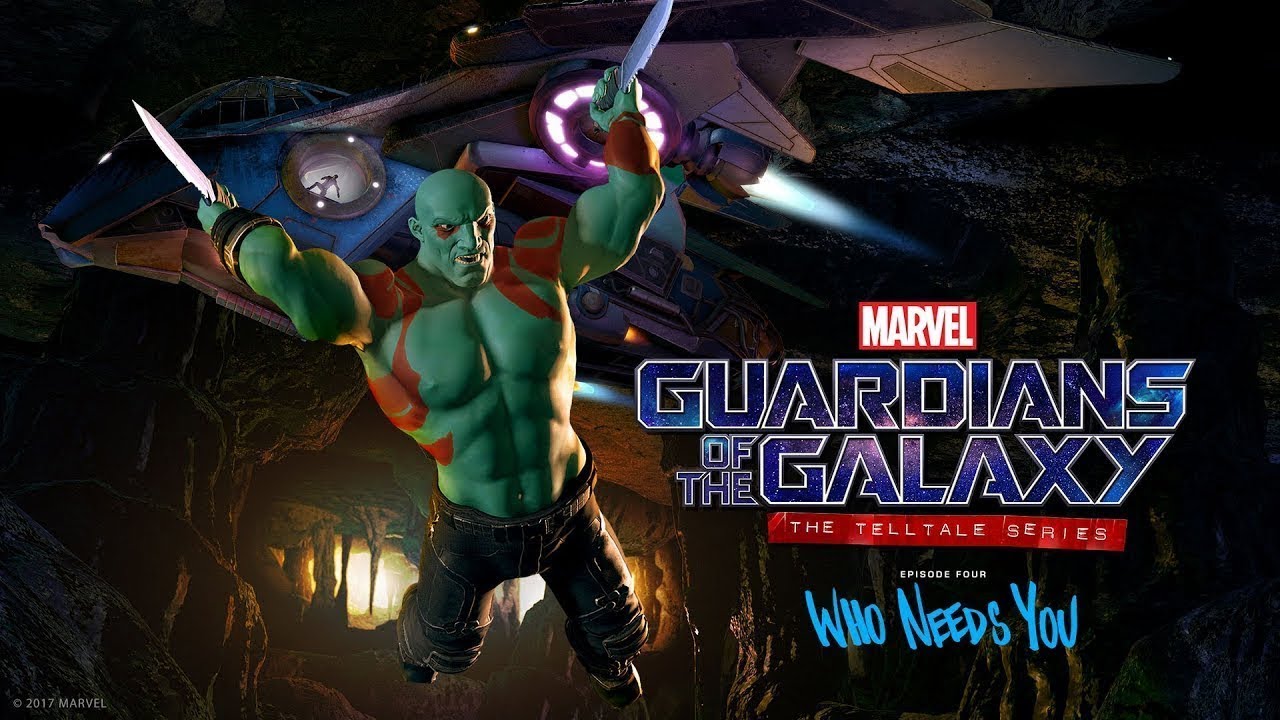 I was not expecting such a heavy tale to be spun by Guardians of the Galaxy, even with Telltale Games helming this adaptation. And yet, there I was gobsmacked by the events that unraveled throughout "Who Needs You." Despite it brimming with some good laughs and hard-rocking action sequences, it's the dramatical aspects that left me most impressed with the latest episode. For a series that stumbled throughout its first two episodes, I am shocked at how endearing and amazing Telltale's adaptation has become.

"Who Needs You" has Peter Quill and the gang in a very sticky situation. After falling down a massive hole during a battle with Hala, everyone tries to find a way to escape and head back to the ship. Different paths are taken, a possible new friend in the form of a strange worm creature is made, and blood of many different colors are spilt on the ground. When it appears all is about to be all right, the Guardians find themselves literally in the belly of the beast. 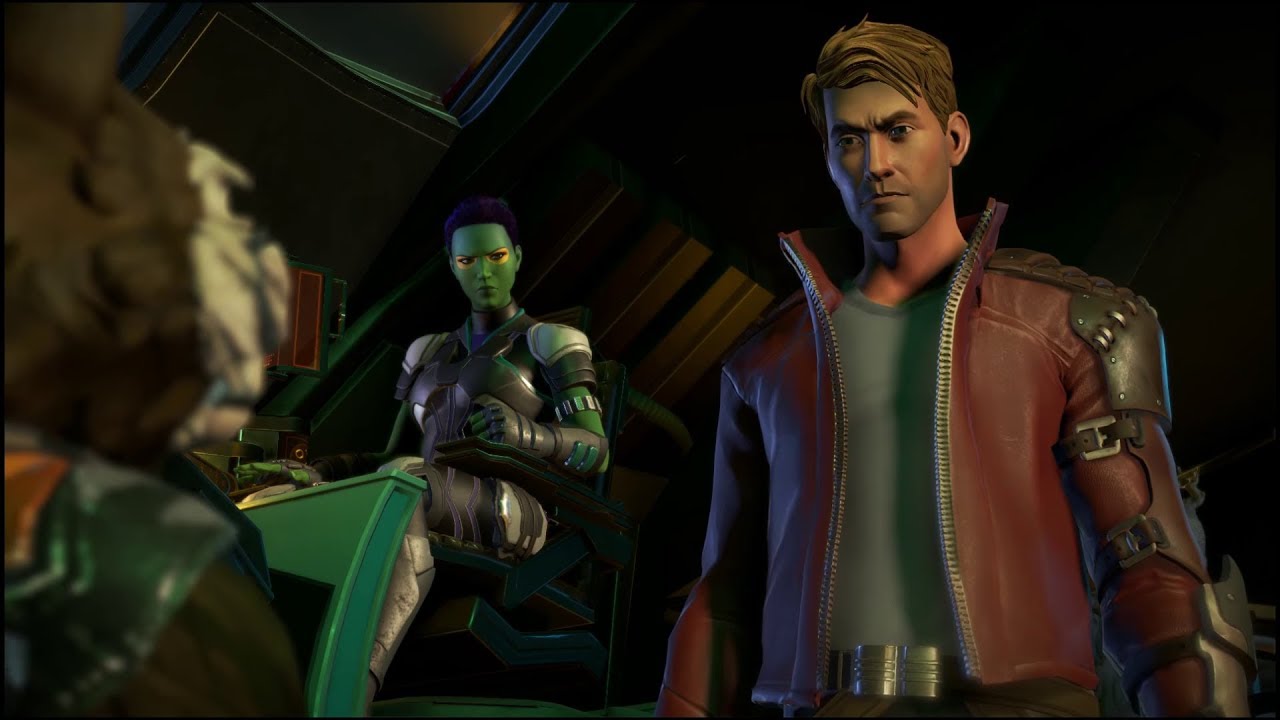 Perhaps what makes "Who Needs You" a strong turning point for the series is how much more (metaphorically) human these characters start to reveal themselves as. Seeing Gamora and Nebula bonding as sisters rather than warriors presents itself with one of the most endearing moments the game has showcased. The real heartstring-puller belongs to Drax, where a dream reveals a bonding moment with his daughter that shows how much of a loving father he truly was. Needless to say, there was more heart in this episode than the last three combined.

Of course it wouldn't be Guardians of the Galaxy without a few good chuckles. A great moment involving Groot occurs when he eats a strange plant, resulting him getting as stoned as a Deadhead at a Phish concert. Seeing him utter "I am Groot!" in a high manner is a sight every fan of the franchise needs to see, especially when you watch him stare at his branchy hands with pure wonderment. Last episode's addition Mantis continues to be the bright light in the crew, with her innocently looking as even the bleakest of things happening with the crew. 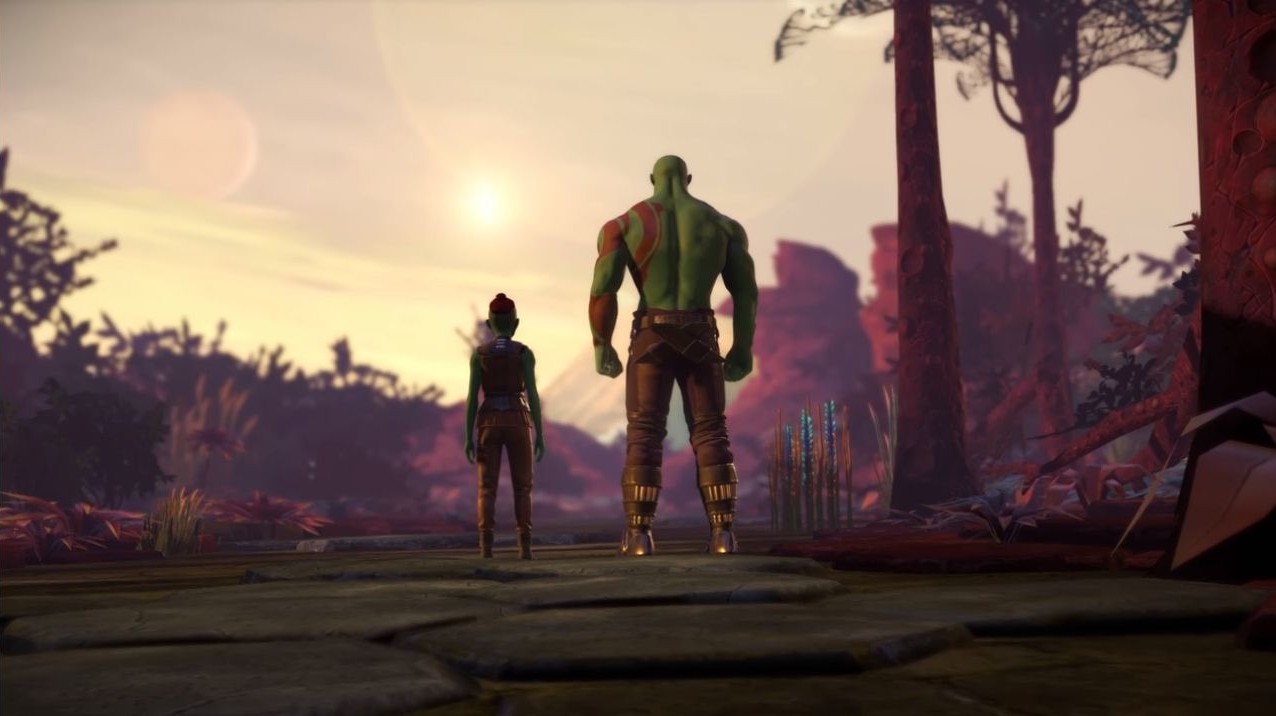 It's when the episode nears its end when the heavy weight will hit players. I don't wanna spoil anything here, but the series somehow manages to make you worry about the strength of the bond between all the members of the crew. Screaming matches are thrown, hearts are broken, and trust wilts down like a water-deprived rose. Even with one episode to go, I now wonder where Telltale Games will be able to take the broken-down crew from here. For someone that has been playing their games for many years, I've never come across an episode that ended in a way that made me unable to guess what's going to happen next like "Who Needs You."

Guardians of the Galaxy has somehow pulled a 180 in quality both in story and gameplay, something that Telltale Games should be commended for. While it doesn't erase the mistakes from the past episodes, "Who Needs You" has helped to shape this season towards a much stronger finale. Although it's somewhat hinted in its title, whatever the upcoming finale "Don't Stop Believin'" has in store is of the greatest of mysteries. I look forward to being surprised by what they have planned.

Background Noise: Sheer Heart Attack by Queen - It takes a "Stone Cold Crazy" crew to take on the galaxy, which is why you need the most iconic voice in rock & roll to pilot them through. The third album from Freddie Mercury & company is called by many as a true essential for those in love with all things glam rock, especially with fan favorites "Killer Queen" and "Flick of the Wrist." It's a headbanger and a pop sensation in a package as tight as Mercury's pants were, and a beacon of musical greatness that shone brighter than many of the other classics of the 1970s.