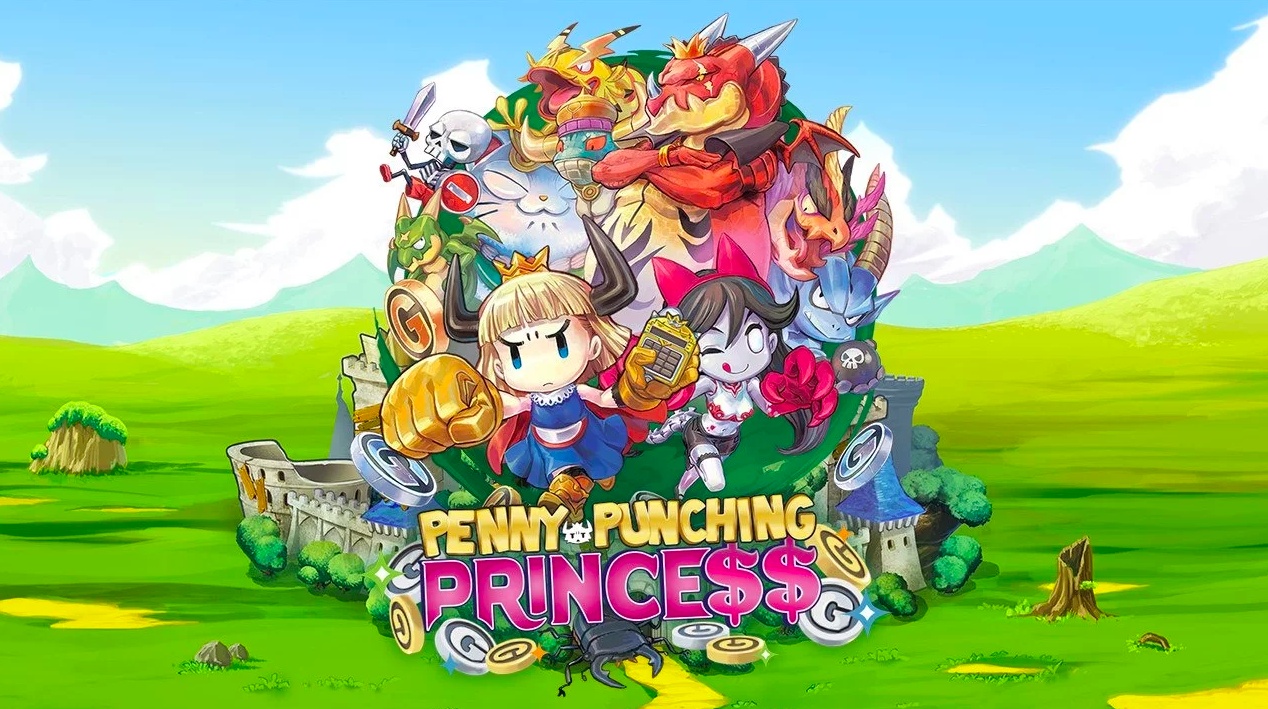 In the most noble of fantasy games, the one who wields the swords the mightiest will reign supreme over the land. Of course, that's what makes it a fantasy adventure, as history has often told us that it's the sweetest of bank that holds the greatest of power. So it's quite surprising that it's taken a very long time for the video game industry to craft an adventure that plays with this sort of tidbit. Enter Penny-Punching Princess, which teaches players that if you can't beat your enemies, simply buy them!

Focusing on the vengeful Princess and her Stag Beetle butler Sebastian, Penny-Punching Princess has you attempt to reclaim the kingdom that was monetarily stolen by the Dragonloan Family. Players can lay waste with the sleekest of punches and power-up maneuvers to take out any enemy that dares look Princess in her eyes. However, if one is not in the mood to go into fisticuffs, you can just whip out your calculator, make a bid, and transform enemies into allies with the art of the dollar. As you progress through the game, more land, power-ups, stats, and accessories will be at your disposal whilst you attempt to reclaim what is rightfully yours in the name of cold currency. 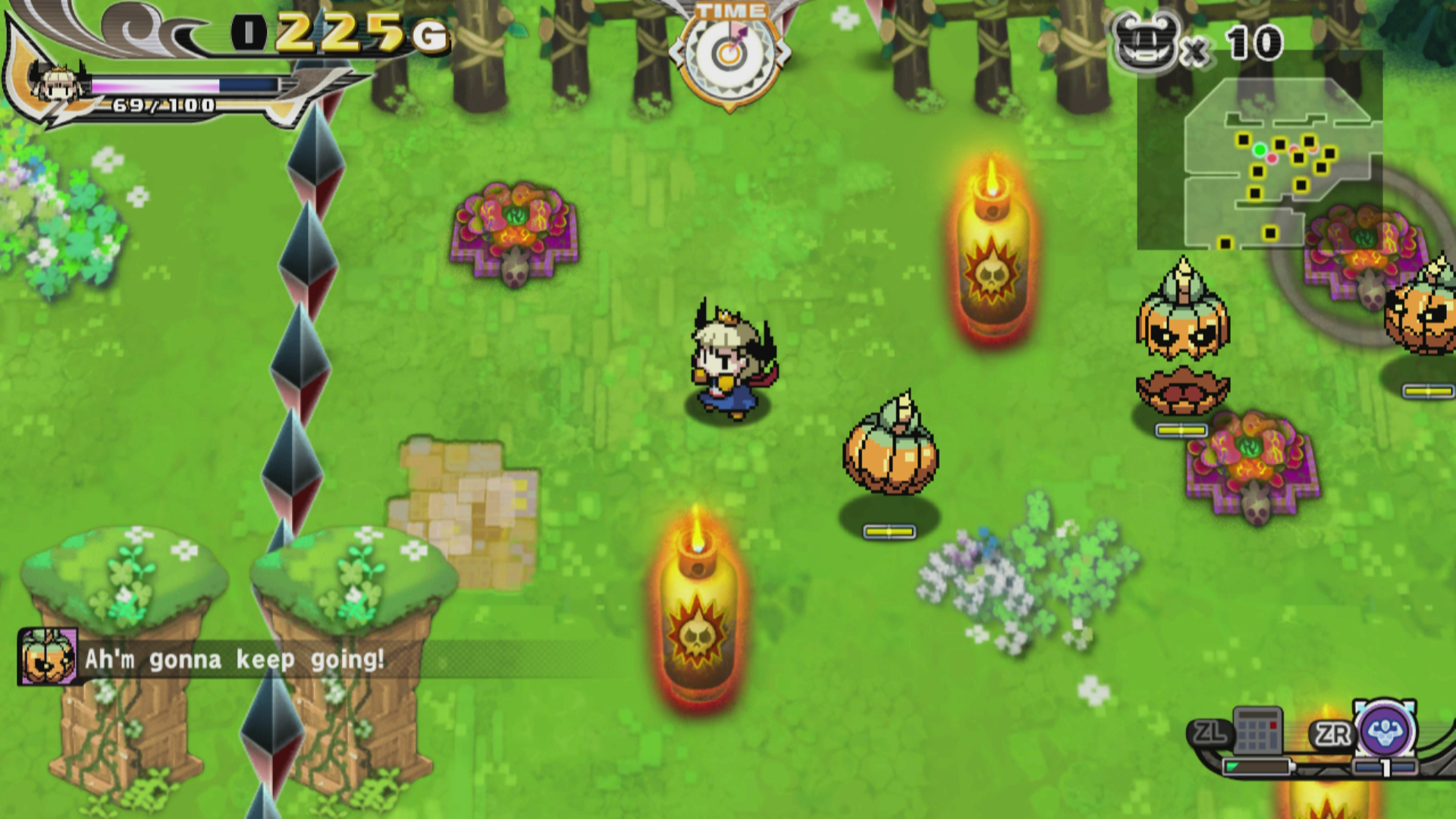 At first, Penny-Punching Princess throws its players straight into the fun. Taking on various enemies with your punching skills and special maneuvers is a blast, with even the biggest baddies unable to fight back Princess's rage. Buying enemies is also a big treat, as you can then use the most recent one purchased to assist you during battle. (You can also buy level hazards like poisonous bushes, spikes, and boulders, but they can only be used in the area you found them in.) By level's end, you'll earn some extra coin and even stat points to level up your skills.

It's because of the enemy purchasing that makes this game quite the unique strategy title. The more coin you earn, the better the enemy you can purchase on the battlegrounds. However, as you just can't buy allies willy-nilly (it takes roughly 20 seconds to fill up the calculator's battery each time), you'll have to be careful of what kind of enemy you'll wish to buy at that exact moment. At times, you'll even have to decide if buying the biggest baddie is the smartest decision, or if you'd rather buy one that can give you health in dire times or even one of the nearby hazards to wipe out a good chunk of enemies at once. 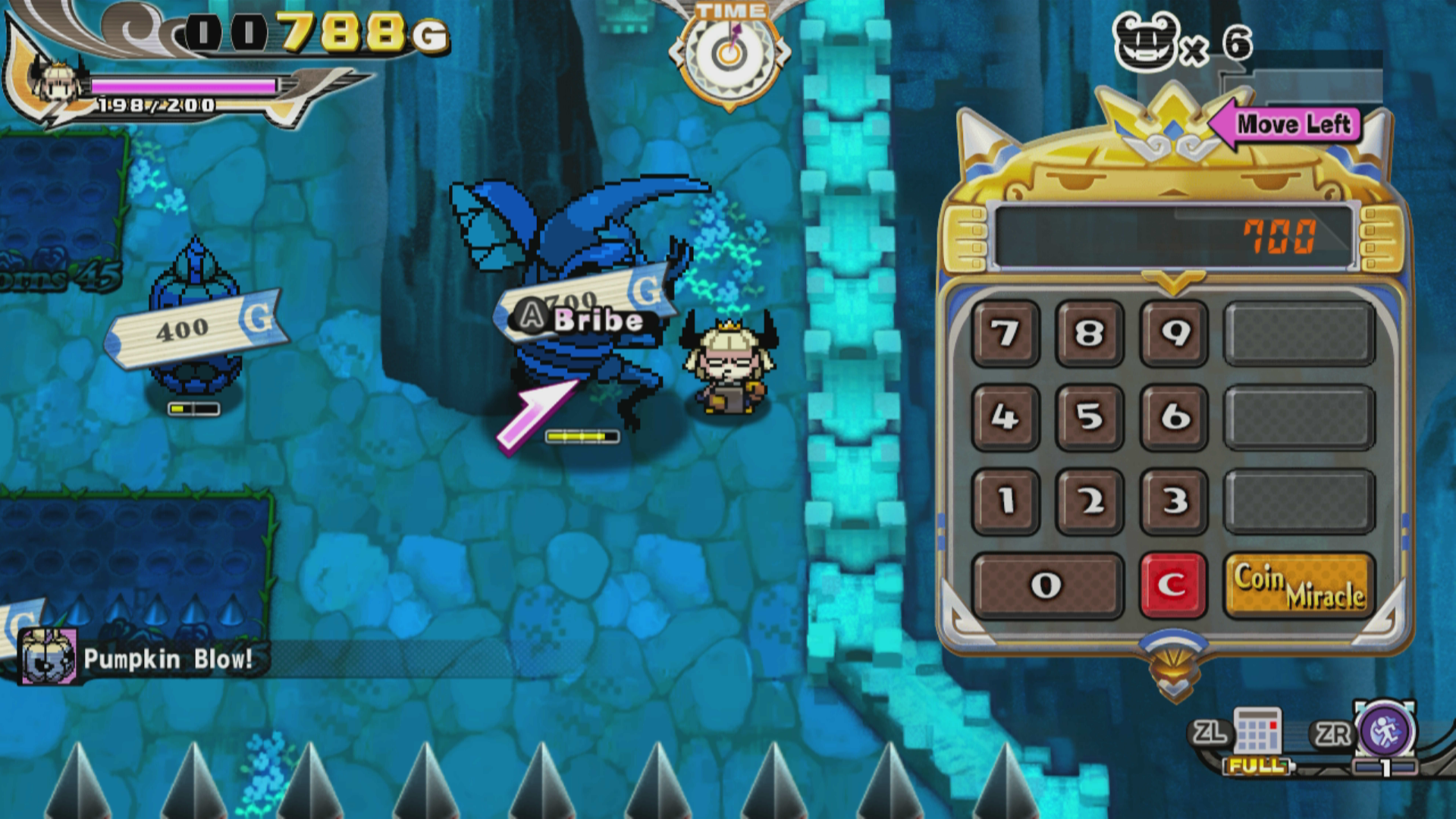 As you progress, you'll be able to up your stats by leveling up your HP, MP, and various strengths. These will play favorably when it comes time to face off against the tougher enemies later on in the game, where even the smallest foes will come at you in higher quantity to make things slightly tougher. You'll also have the opportunity to craft new armor, weapons, and keep track of all the enemies you've been able to convince to join your side of the war. (There are also some handy tutorials on how to use new powers and abilities once you've unlocked them.)

However, a mighty problem befalls Penny-Punching Princess early on, where its difficulty will spike in the second chapter in the game. And I'm not just talking a minor change in toughness; the enemies will legit beat the living crap out of you over and over again with no sign of holding back. Because of this, players will be forced to revisit past levels and grind until their spirit's completely broken in order to advance later in the game. With the lack of side-quests and the like, doing this can be both a chore and a bore, especially when you've revisited a past level an umpteenth time to get your stats up just a tad. 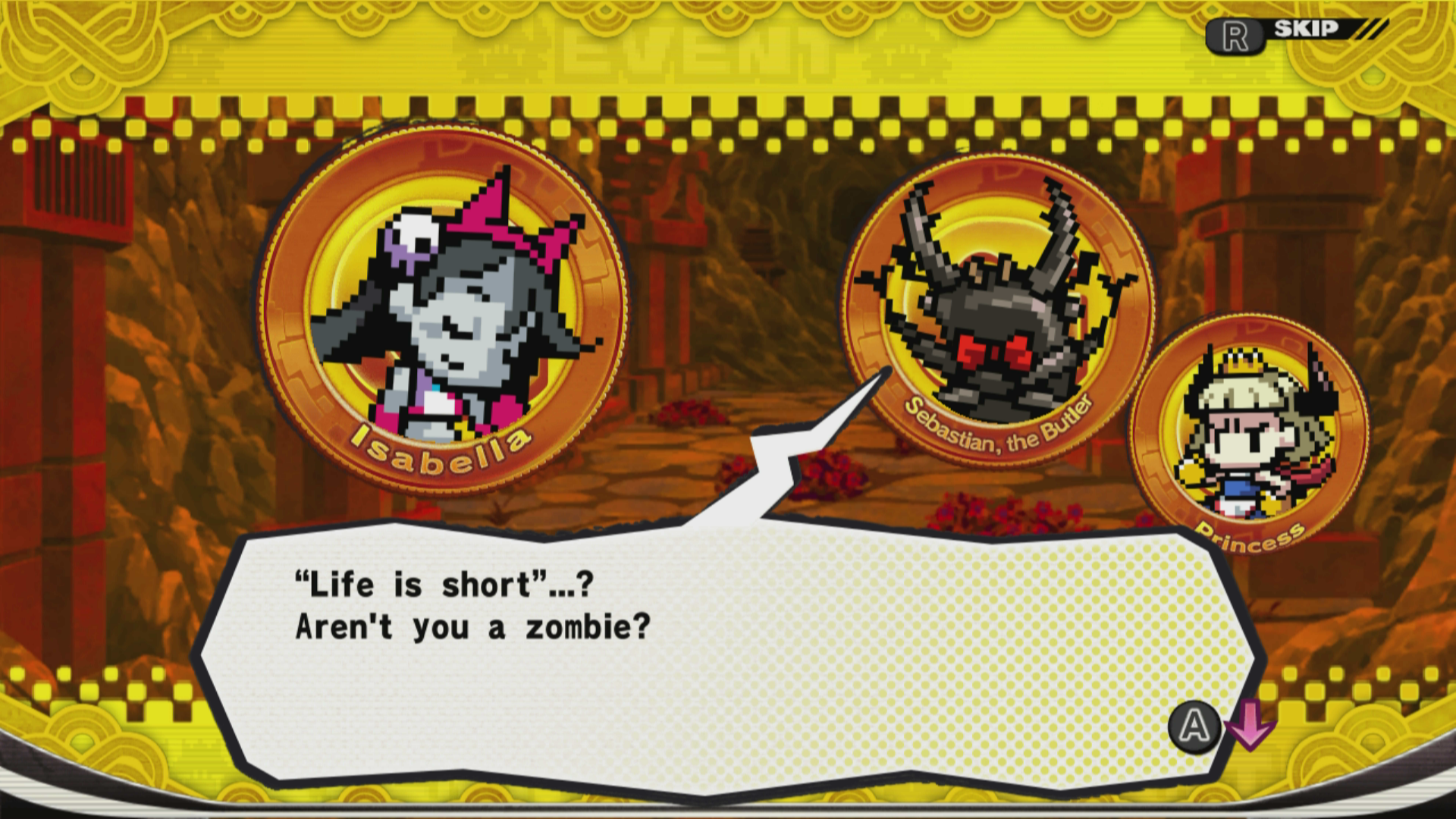 Control-wise, Penny-Punching Princess can be a mixed bag. With the regular controls, tackling enemies and auto-buying foes is a cinch, but putting in a certain amount on your calculator to initiate a special maneuver takes a lot of time that you don't have in the midst of battle. Its touchscreen option fixes the typing problem, but having to switch between between Joy-Con maneuverability and poking the screen to buy enemies can be a nightmare on one's hands. I found out the hard way that the auto-buy aspect doesn't work when touch controls are initiated, forcing you to quickly point out which enemy you want to buy and risking having your health depleted. There were times when I had to force myself not to fling my Switch in frustration, it got so difficult!

Thankfully, this is one adventure that's easy on the eyes. Its retro-inspired look gives off a Super Nintendo vibe that would've made the game fit well with many of the classic RPGs of that generation. Its story mode is told via cutesy back-and-forths between allies and enemies, with some gags and jokes thrown in that'll make any player crack up. (I also noticed that everyone's speaking via backwards dialogue, which makes me curious as to what these characters are really saying during these moments.) Still, even though the game looks great, it doesn't take away from the fact that Penny-Punching Princess can be quite the financial nightmare to tackle.

Penny-Punching Princess is a legit smart and clever video game, and should be checked out just for its uniqueness alone. However, its grinding system to advance towards the higher levels and its choice in touch screen system make it sometimes a pain to play. Until this money-grubbing beat-em-up drops in price a bit, Penny-Punching Princess should be considered a strong rental suggestion over a must-buy situation.