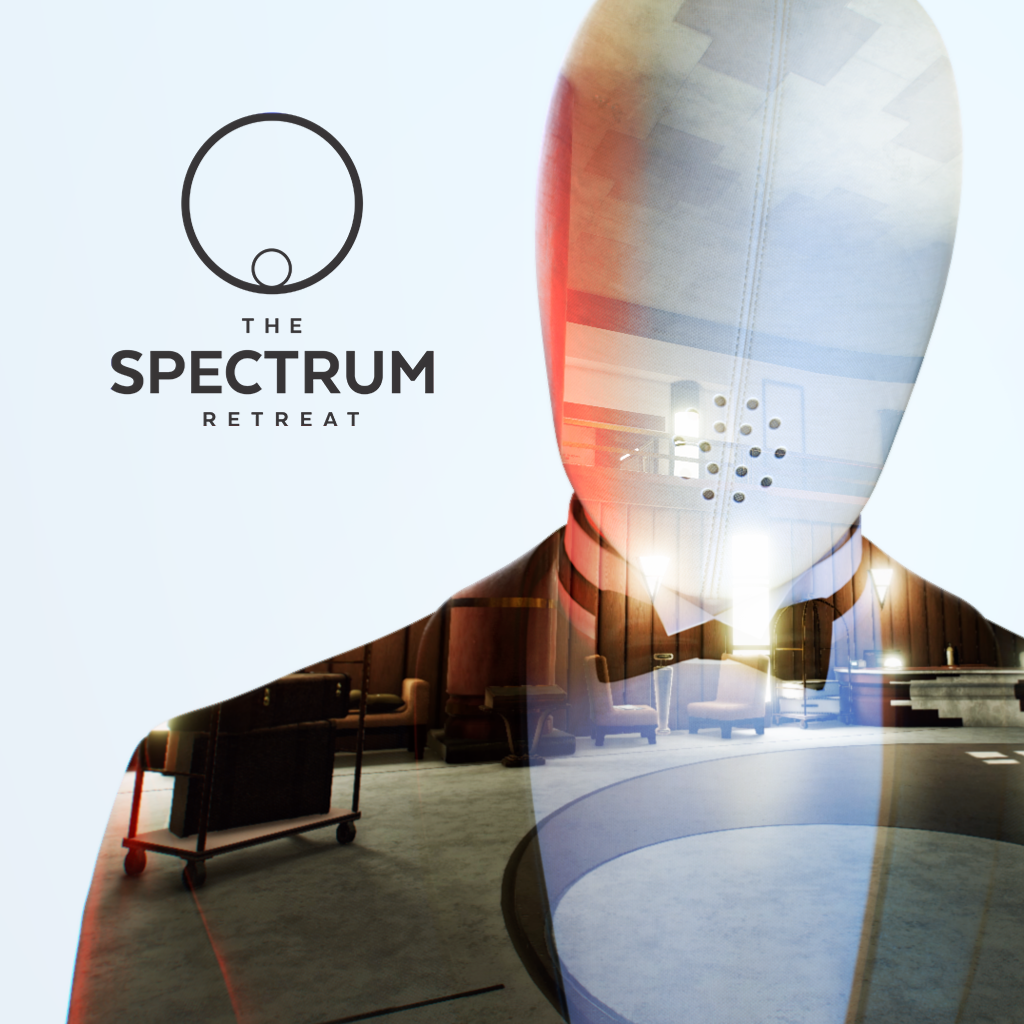 Ripstone has a keen eye when it comes to discovering new talent. After winning the BAFTA Young Game Designers Award at the age of 18, Dan Smith was sought by the publisher to transform his prototype into a full-fledge video game. After five years of working on it, that prototype has evolved into quite a puzzling smash: The Spectrum Retreat. Needless to say, Smith is one game developer everyone should keep a close watch on.

Taking place within The Penrose Hotel, The Spectrum Retreat has you play as Alex, who is seemingly having a nice stay in his surroundings despite being the only guest there. As he is being attended to by the faceless androids that work the place, a voice comes over Alex's phone in the form of Cooper. She informs him that the hotel is not what it appears to be, and that he is being held against his will. With the aid of this new voice in his ear, Alex must run through various puzzles and make his way towards the roof for his freedom. 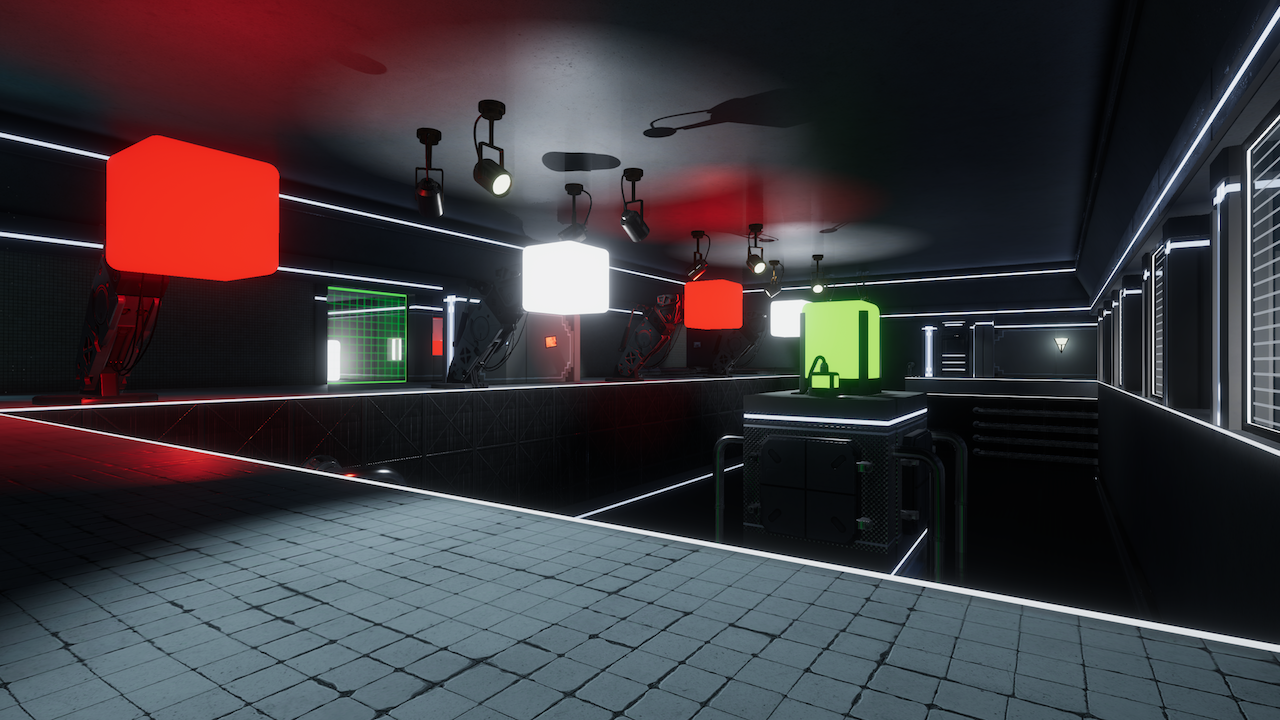 Once unlocking each level using key codes hidden in each recreational area, you must use special color-coded blocks in order to go through certain areas, and sometimes even warp from one place to another. Sometimes the solution will be right in front of your nose, whereas other times it will require you to snoop around the vicinity and put the pieces of this massive puzzle together. On many occasions, you'll have to be quick with your jumps and trigger finger to grab specific colors, resulting in you possibly hopping like a madman attempting to make the ultimate grab.

Honestly, I cannot remember the last time a first-person puzzle game has pulled me in to its world the way The Spectrum Retreat has. Each area you run through is one massive brain teaser after another, requiring you to use more mental finesse than usual. Even when things reached tough or frustrating levels, I couldn't help but keep on pondering where I could find that next solution, only to have a massive eureka moment once the answer comes hurtling towards you. And man, does it ever feel like you've earned each small victory along the way. 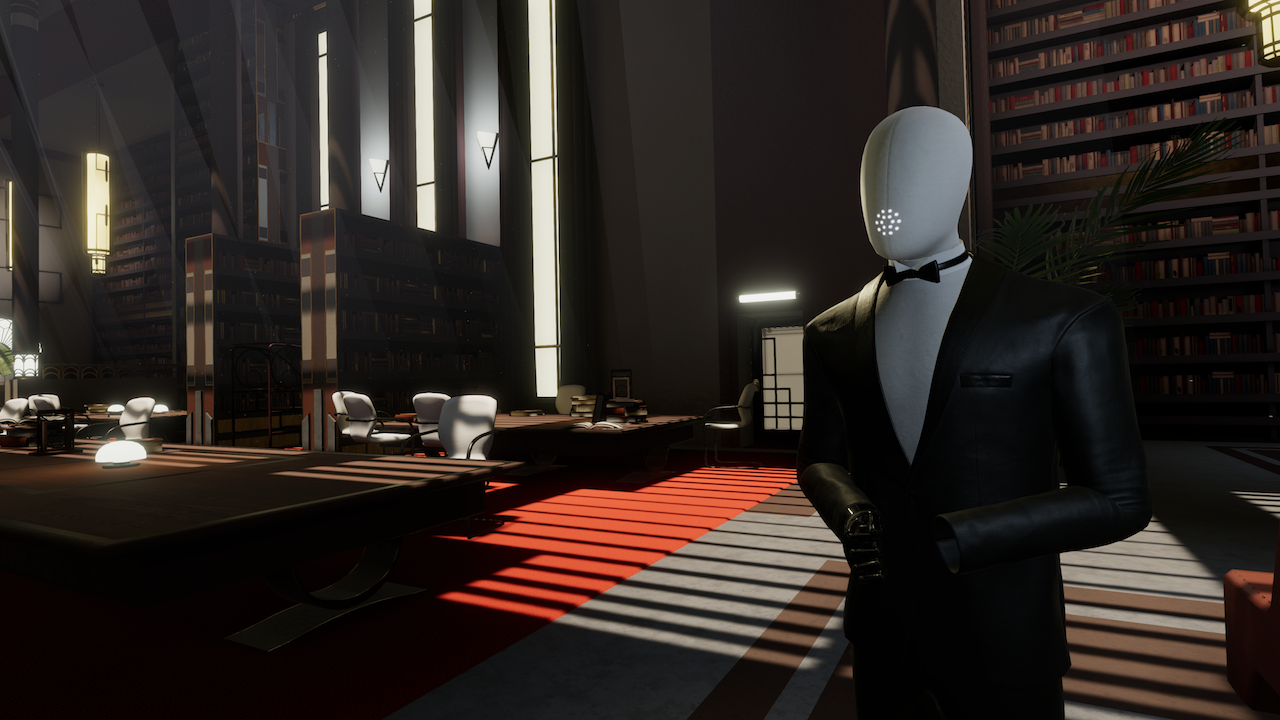 Not only is the gameplay outstanding, but its story is one of the finest examples of down-to-earth narratives I've seen in 2018. As you progress through the game, you discover that your son was sick with an incurable illness, with your wife taking a good load of the grief for it. You hear her arguing with insurance agents, doctors, and even yourself as your greatest joy in life is slowly taken away from you. It all then leads up to one heavy-hearted twist, which is presented in both a shocking and relatable light. Although the hints scattered throughout the game may give you a head's up on what happened, how it goes down is something that I cannot spoil here.

It also helps that The Spectrum Retreat is presented in such a mesmerizing fashion. Roaming through the hotel, one cannot help but be enchanted by the shine and decadence that is delivered in this title. Even as the world around you starts to glitch out the more you progress, the attention to detail in the buildings, paintings, and rooms you walk through is drenched with beauty around every corner. The puzzle areas themselves also have a nice space age style that may ring familiar to other puzzle titles released, but the layout and the means of getting from point A to point B has its own share of uniqueness. 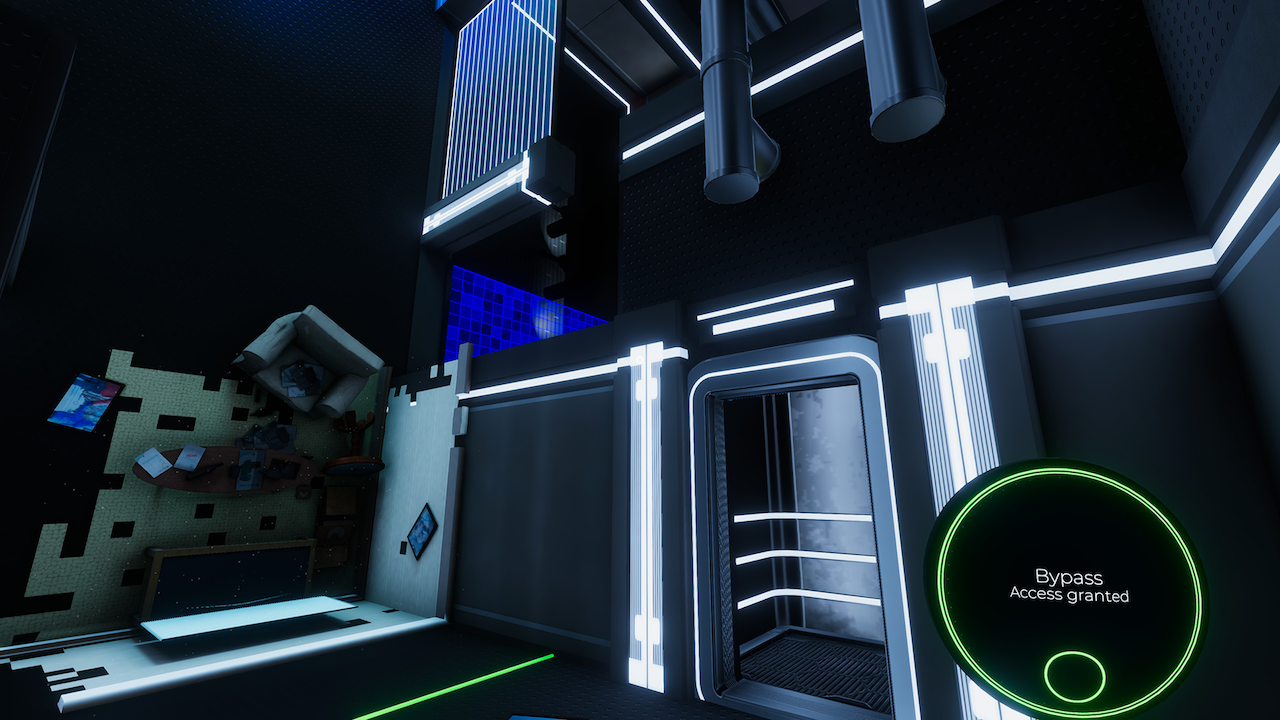 I was able to run through the full game in roughly 5-6 hours, with some time added in for respawns and deep puzzle-solving thought processes. Although it has a couple of alternate endings, one may only find themselves replaying The Spectrum Retreat for speedrun purposes and the like. Fortunately, the low price tag makes it hard to say no to diving into its Penrose surroundings.

Not since the Portal series has a puzzle game grasped me like The Spectrum Retreat has. With its share of fun levels and great storytelling, Dan Smith's debut title is one that will have many clamoring to see what else this newcomer has up his sleeve. When 2018 runs its course, you should expect to see The Spectrum Retreat on many gaming critics' best of the year lists.

Promotional consideration provided by Jeffrey Matulef of Plan of Attack. Reviewed on the Xbox One.