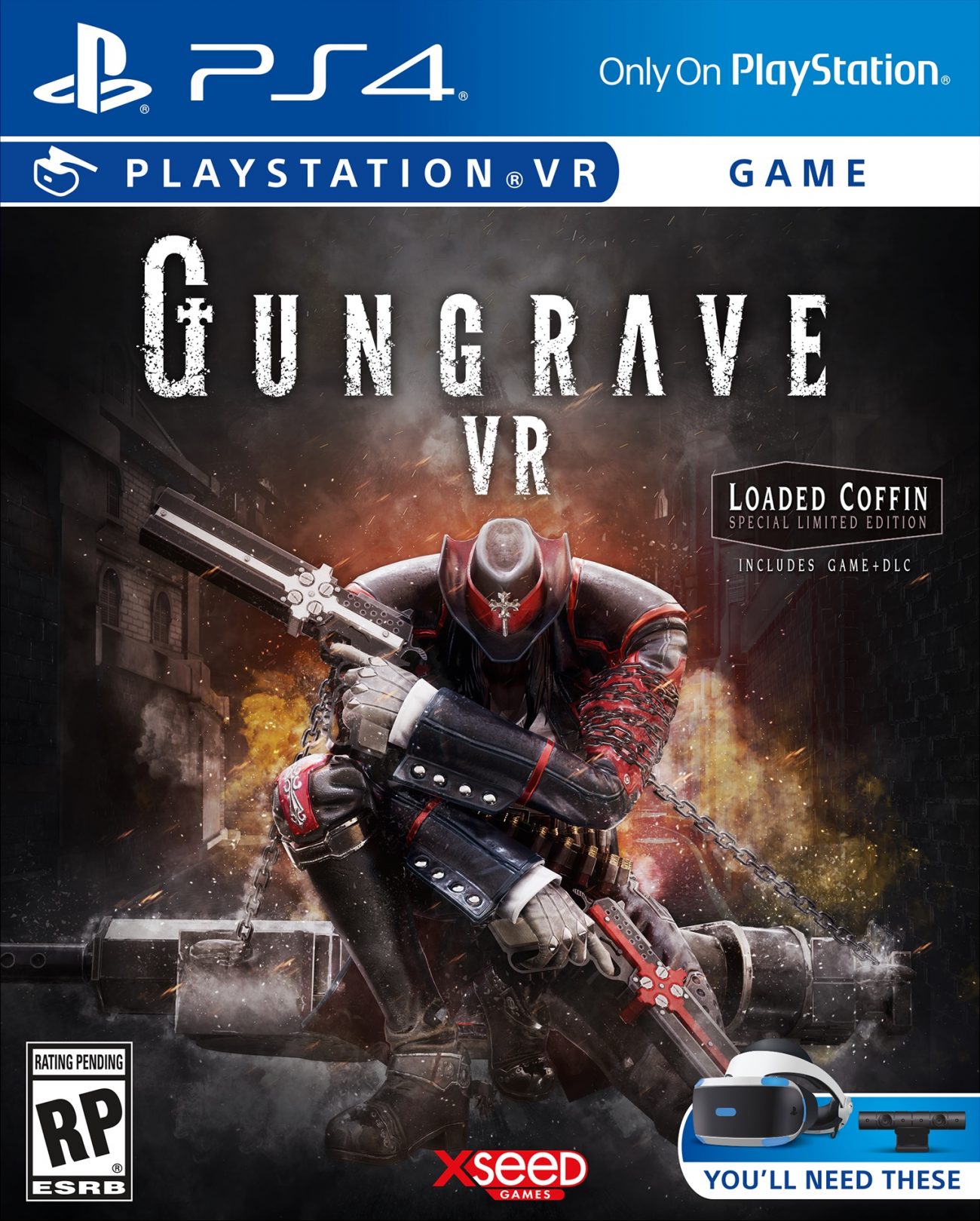 GAME REVIEW | On The Rails With Action-Packed "Gungrave VR"

Gungrave was, in retrospect, an okay game series. With character designs by Trigun mastermind Yasuhiro Nightow and mechs created by You're Under Arrest writer Kōsuke Fujishima, the first two titles were described by many as "great to look at, so-so to play." (Perhaps this is why its anime adaptation is more remembered fondly.) However after many years of sitting around and cleaning out its rifles, Gungrave has returned with the PlayStation VR-exclusive Gungrave VR, a prequel to the upcoming Gungrave G.O.R.E. Not only does this latest incarnation of the series pack a wallop, but also delivers a pretty satisfying rail shooter experience.

Taking place thirteen years after Gungrave: Overdose, the story has the undead hero of violence Beyond the Grave waken up by Mika Asagi, the daughter of his former boss Big Daddy. The drug known as SEED is back in distribution around South City, and it's up to Beyond the Grave to take it and its users down with his Cereberus hand guns and other tricks within his Death Coffin. Opening up with a tutorial, Gungrave VR gives players the rundown on its easy-to-handle mechanics that will be needed to battle. Once that's done, the chaos fully beings. 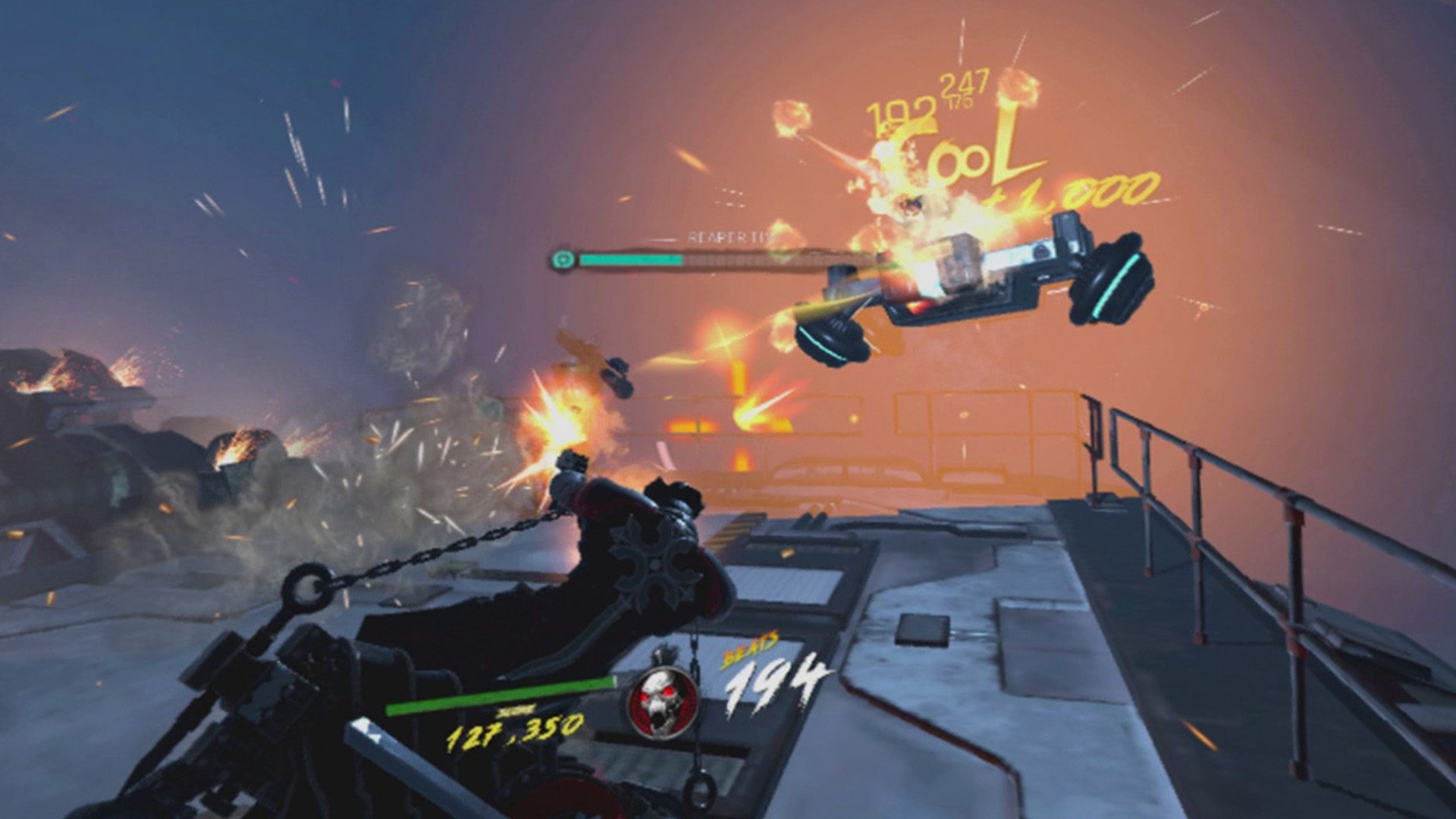 Literally beginning every level with a "Kick their ass!!!" reminder, Beyond the Grave roams around firing his weapon, and using melee attacks to stun close enemies. Using a third-person perspective, players are able to look around Grave's surroundings and aim his weaponry with their own line of sight. Battling through each area, Grave mows down enemies big, small, tough, and easy with a fire in his belly and some lead ready to shove into SEED users' faces. Each fight is set up in waves, with gun users, electric whip connoisseurs, and explosive robots itching to re-kill the undead soldier.

While the third-person levels aren't that immersive, it's when you switch it up into a first-person fight when Gungrave VR's badass colors begin to shine. Watching as gunmen, flying mercenaries, and killer robots attack all around you makes it feel like you're in the midst of a dance of death. Firing away with your Cereberus and unleashing the powerful Demolition Shot, the amount of villains you'll take down will reach in the thousands in no time. When a boss battle arrives, that's when you go all in with guns blazing without having the action ever stopping. 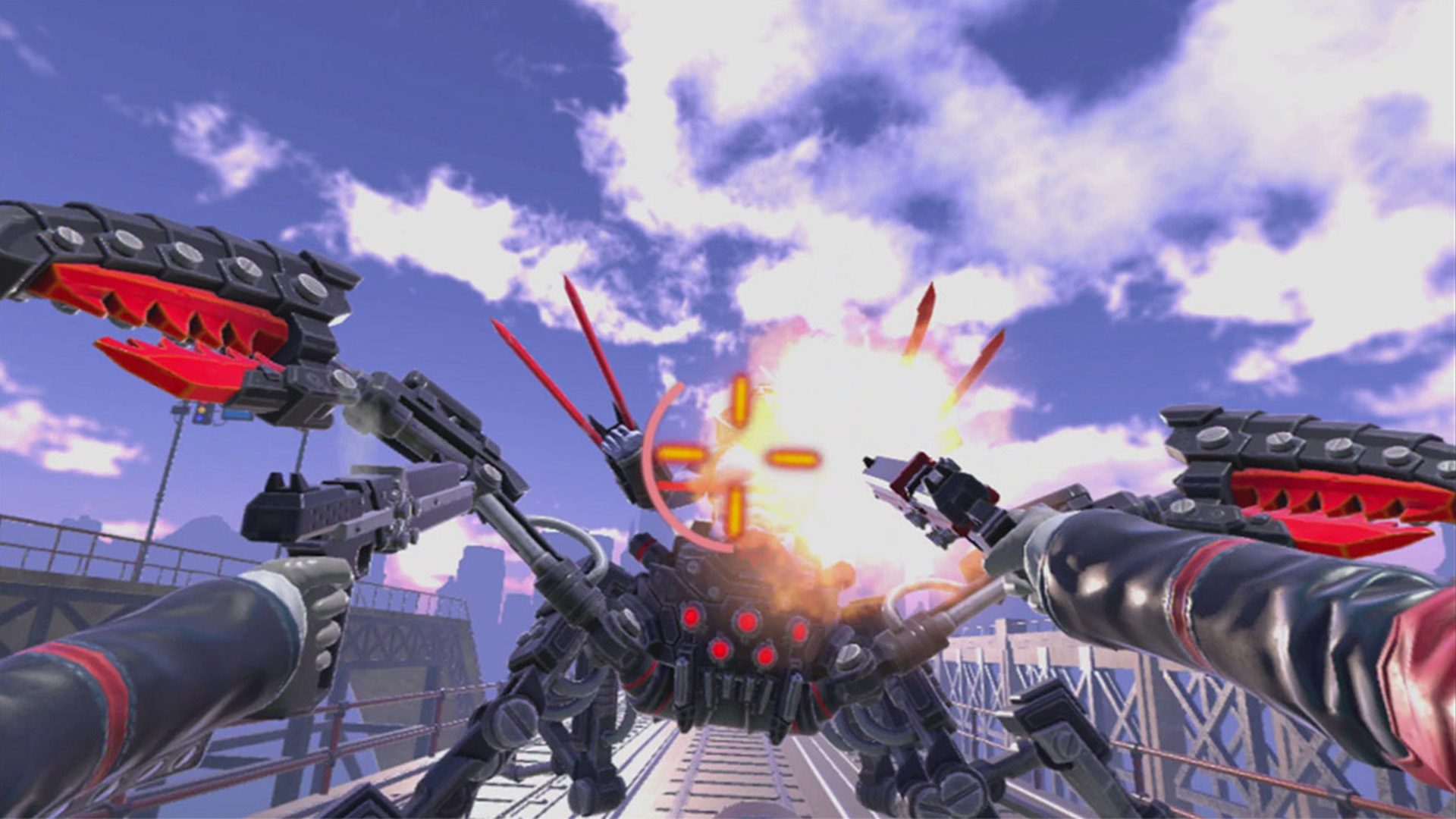 And perhaps that's a bit of a problem with Gungrave VR. Because of the nonstop action that takes place throughout the game's levels, there isn't much time to legit take a breather. Normally in a game like this, that wouldn't be a problem. After all, we want the fights and gun play to go on for as long as humanly possible when it looks as cool as it does (especially in VR). But there's just one little thing that keeps it from achieving that level of awesome we'd expect from this series: manual cooling.

Yes, instead of having your guns automatically cool down once your finger leaves the trigger button, players will have to press the L1 button a couple of times in order to keep their weaponry from overheating. If the process was instant, that wouldn't be an issue. However, cooling your weapon down in this game can take a few seconds to fully enact, meaning that Beyond the Grave is basically a walking target for SEED users while he waits to get back into action. During my gameplay, these moments hindered so much of my progress, with even rolling away from the enemies not doing enough to keep from stealing my health bars. Trust me when I say it can be frustrating to receive so much damage as you wait for Cereberus to cool down completely. 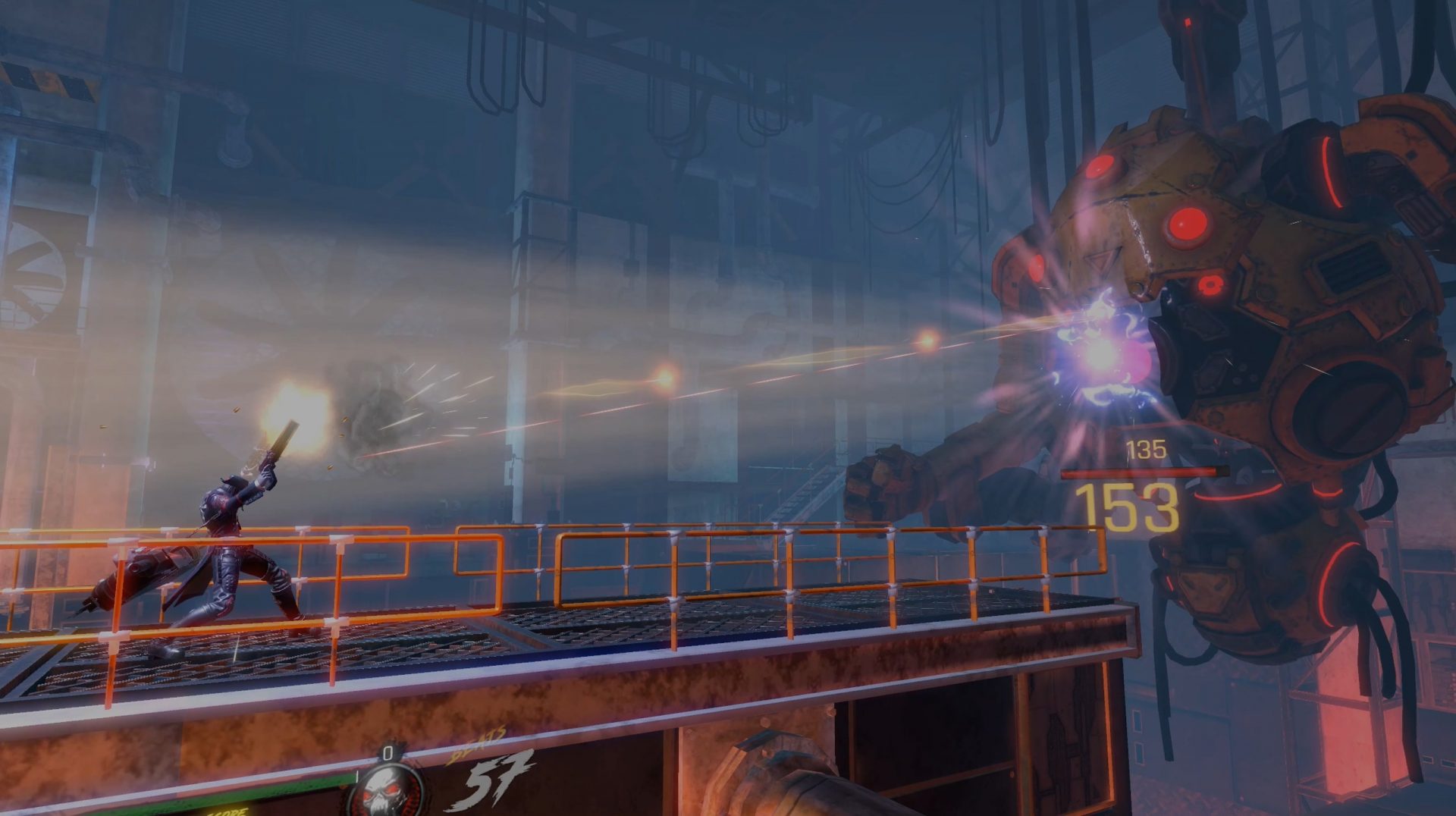 One other issue with Gungrave VR is its camera angle setup. Normally, flicking the right stick smoothly moves the camera around towards what you wish to see. Here, the camera cuts quickly from one angle to the next, causing some jankiness in one's battle techniques. This is troublesome especially in third-person boss battles, which resulted in Beyond the Grave being trapped in a corner without any means of rolling away from certain danger. It almost got to a point where I threw down my controller with frustration, as I watched Grave be taken down one time after another due to a boss's nonstop attacks.

Despite these hiccups, I cannot deny that there was a lot of fun to be had with this new installment in the Gungrave series. Though you have to be a fan of the rail shooter genre to truly appreciate it, what is offered in this virtual setting is a good challenge that takes advantage of one's visual perception. Whether you dig this form of gameplay or not is up to one's tastes, but needless to say that Gungrave VR offers a killer time that is mostly fun when not on the brink of overheating.

Gungrave VR is an exciting little prelude to what's to come with the game's franchise. While it has its share of flaws regarding cooling systems and camera angles, the immersive amount of enjoyment PlayStation VR owners will have makes it worth checking out on its own merits. While we can't predict what's to come with Gungrave G.O.R.E., Gungrave VR will certainly build up some sort of hype for the full-on return of Beyond the Grave!