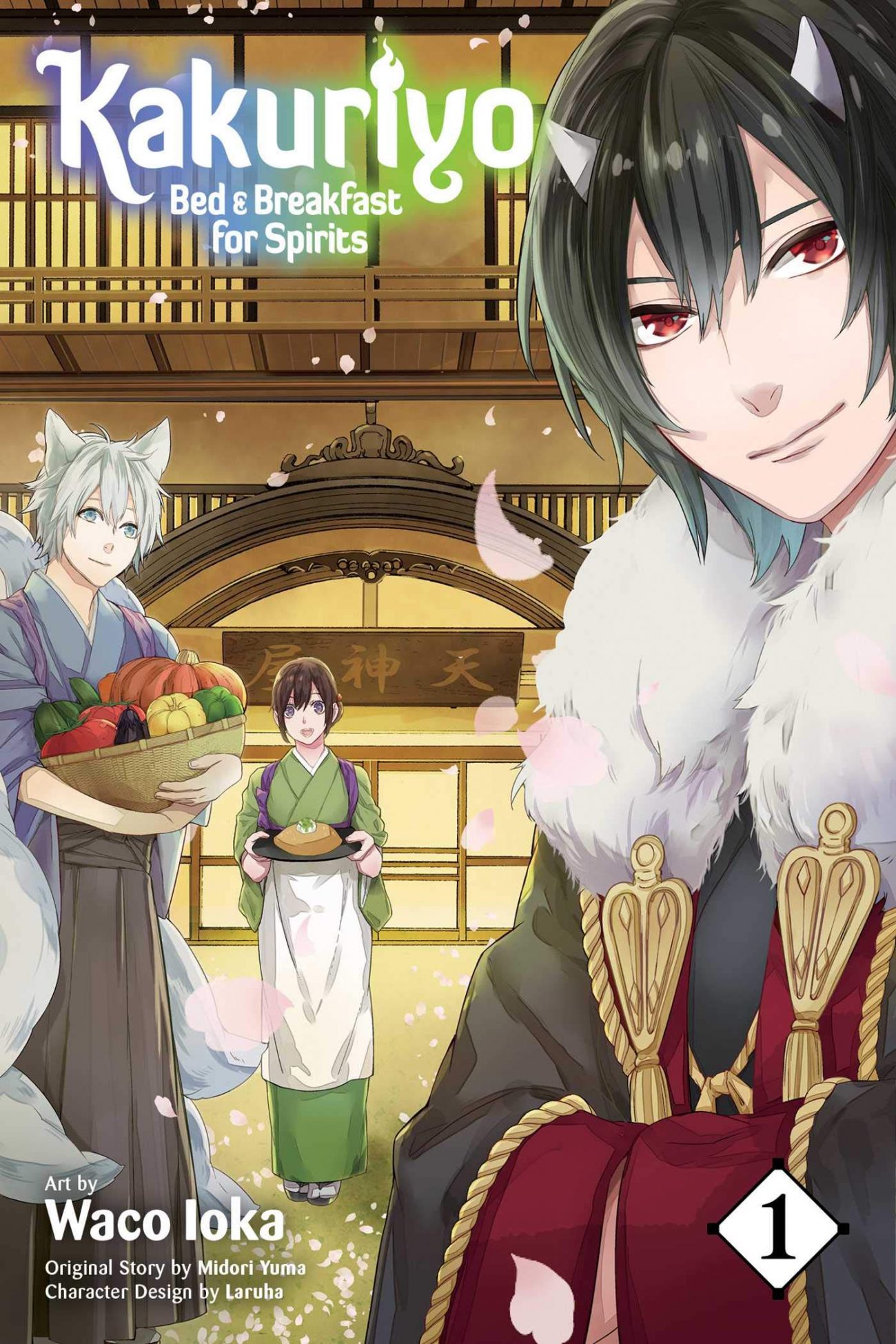 Humans entering spirit worlds isn't a new thing in manga or anime; rather, these stories have been told for centuries via folklore and various ghost stories. Adding something new to these stories is a lot easier said than done, as there are as many of these kinds of tales as there are stars in the sky. Midori Yūma's light novel series Kakuriyo: Bed & Breakfast for Spirits may have the right idea by adding something to appease one's taste buds. Though his original vision has yet to arrive on U.S. shores, the manga adaptation by Waco Ioka has graced its presence over here with its story adapted pretty decently.

Kakuriyo: Bed & Breakfast for Spirits shines a light on Aoi Tsubaki, whose traveling (and flirtatious) grandfather recently passed away. With the ability to see spirits, she spends a good chunk of the day feeding them so as to avoid being eaten herself. One day she comes across a masked ogre, who seemingly enjoys her cooking. Upon returning to get her lunch box back from him, Aoi is suddenly transported to the spirit world, where she finds herself face-to-face with the ogre Odanna. That's where her situation becomes worse: her grandfather left a massive debt to him and his inn, and made her hand-in-marriage his payment. 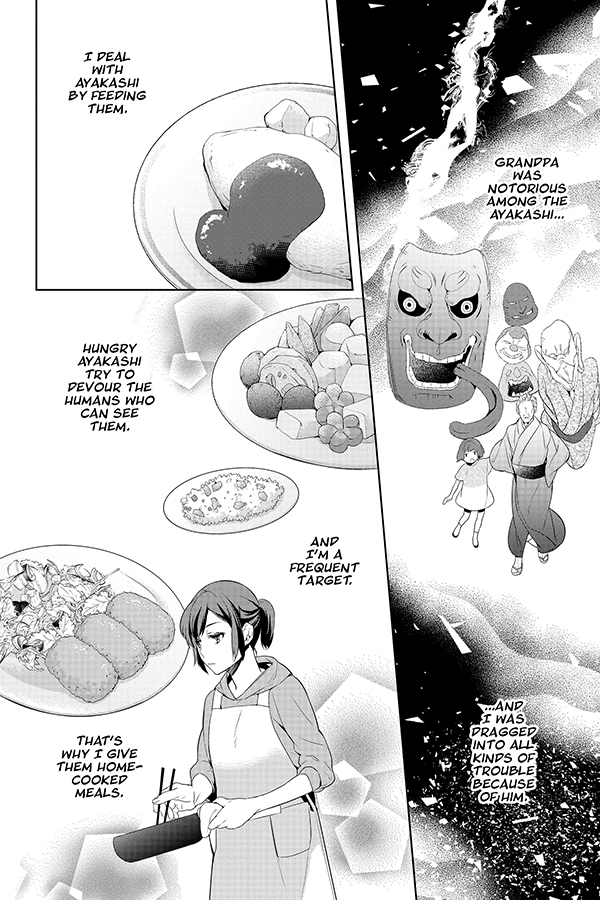 In order to get out of the arrangement, Aoi agrees to pay the massive 100 million yen debt. The problem she then faces is being able to get hired, whom no one seems to want to do. Everyone seems to have a grudge against her, despite none of this being her fault. Thankfully, she finds a kind soul in the nine-tailed fox Ginji, who feeds her a tasty meal. This, in turn, gives her a taste of hope, and after feeding her own spin on omelete rice to Ginji, finds a new breath of life in her situation. However, the debt of her grandfather still rests on her shoulders, and as she dives deeper into her new surroundings, she'll find that working off the debt won't be easy in the slightest.

Most of the first volume of Kakuriyo is spent building up its worlds and putting a spotlight on the story's main focus. Though a good chunk of things happen in-between Aoi's introduction to her run-in with a couple of rowdy guests, it doesn't quite give way of any true answers to her current predicament. We know why she's been placed in her situation, and it gives off a good ultimatum on how she can get out of her grandpa's past mistake. What it hasn't done yet is show its readers how Aoi plans to raise the 100 million yen, something that most writers tend to put towards the end of a first volume. All it's kind of done is show that Aoi's life isn't going to be an easy one, almost without any sign of the weight slowly being lifted off of her shoulders. 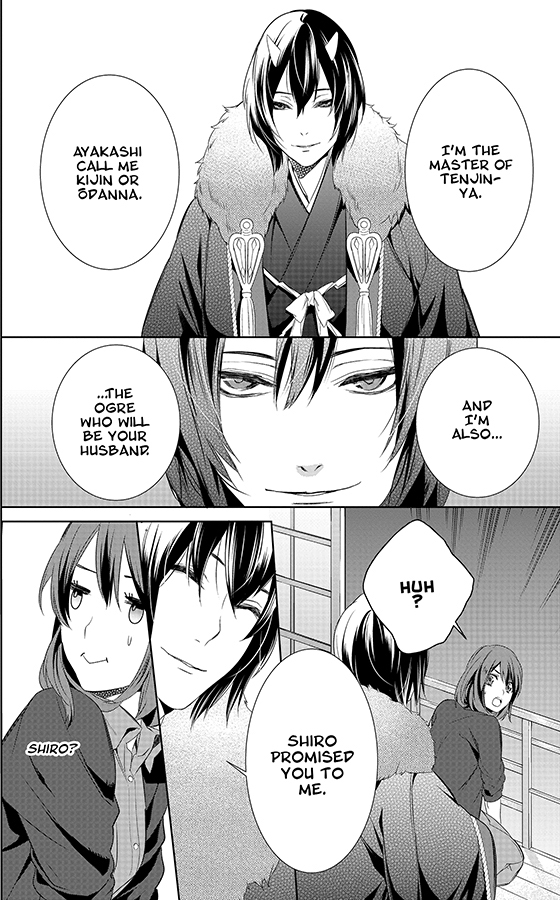 I say "almost" because of the friendship Aoi builds with Ginji. The moments the two of them share are a breath of fresh air after she's been put through the wringer by the staff and even Odanna himself. How he opens his heart to Aoi is very sweet, and I hope some sort of bigger bond between the two of them are cemented throughout this manga adaptation. In a way, he becomes her guide to this new world, and -- hopefully -- will lead her towards the solution to the debt problem that she is currently facing. (Fingers crossed that Ginji also aids Aoi in the task of bringing out the kindness of the very stoic and strict spirits that roam the Tenjin-ya Inn.)

One thing Ioka does well in their adaptation is how she showcases the characters and worlds. Every page is brimming with great detail and beauty, from the creepiness of the inn workers and Aoi's gorgeous determination, to how adorable the little kappa and Ginji's fox mode are. How the food is presented is simply mouth-watering, reaching the same tasty levels as the likes of Sweetness & Lightning and Food Wars. The expressions of the spirits also bring out their two-faced mentalities, switching between kind eyes and menacing grimaces at the snap of one's fingers. Even if you don't get into its story, one cannot deny how good Ioka's art talents are. 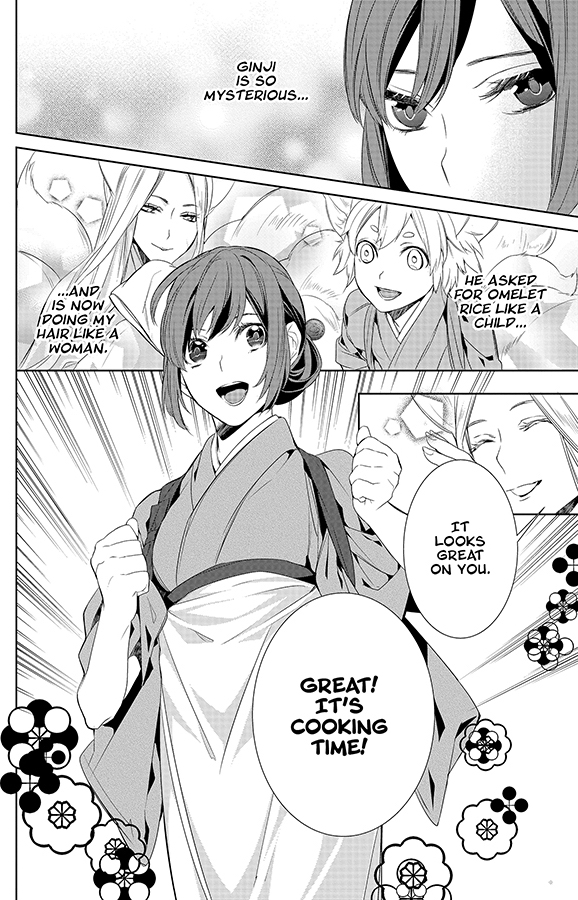 The first volume of Kakuriyo: Bed & Breakfast for Spirits starts off on an okay note. It's not exactly a strong premiere, but it does deliver a beautiful world and a pretty likable protagonist. With that being said, the way this world treats Aoi makes it seem like she's in a bigger lose/lose situation than a hero in the grimmest of horror stories. Perhaps she'll find a way to melt the icy hearts of the residents, but for now, the coldness that Aoi receives seemingly leaps off the pages and into the reader's own soul. It has enough of a pull that keeps me interested in seeing what happens next, but -- unlike Aoi's grandfather -- I best be cautious when I tread these waters again.