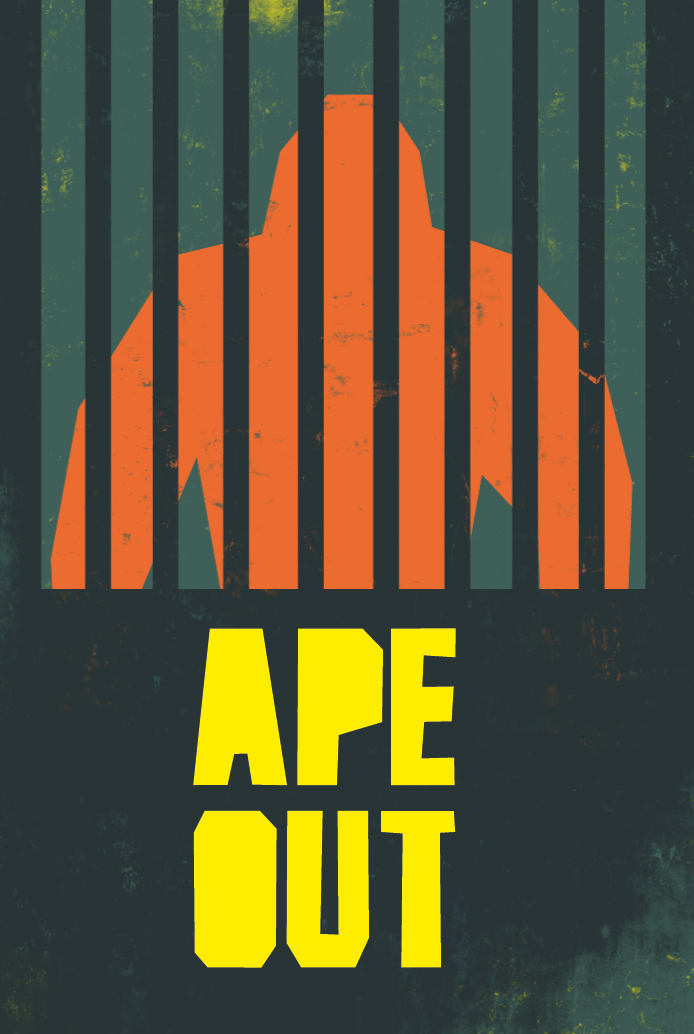 Remember this name: Gabe Cuzzillo. This person is the creative mind behind Ape Out, a new game from Devolver Digital. Its premise is one of the most simplest in gaming today, but what it has to offer is one of the most memorable and original indie titles to come out in the last few years.

Ape Out has you take control of a gorilla, who aims for freedom. Whether it's in a scientific lab, office building, carrier, or jungle, the gorilla breaks free from its cage to take down enemies and seek a way out. The game itself is a basic Point A to Point B setup, with you having to run from one side to the other and survive by any means necessary. And believe me: they don't make it all that simple. 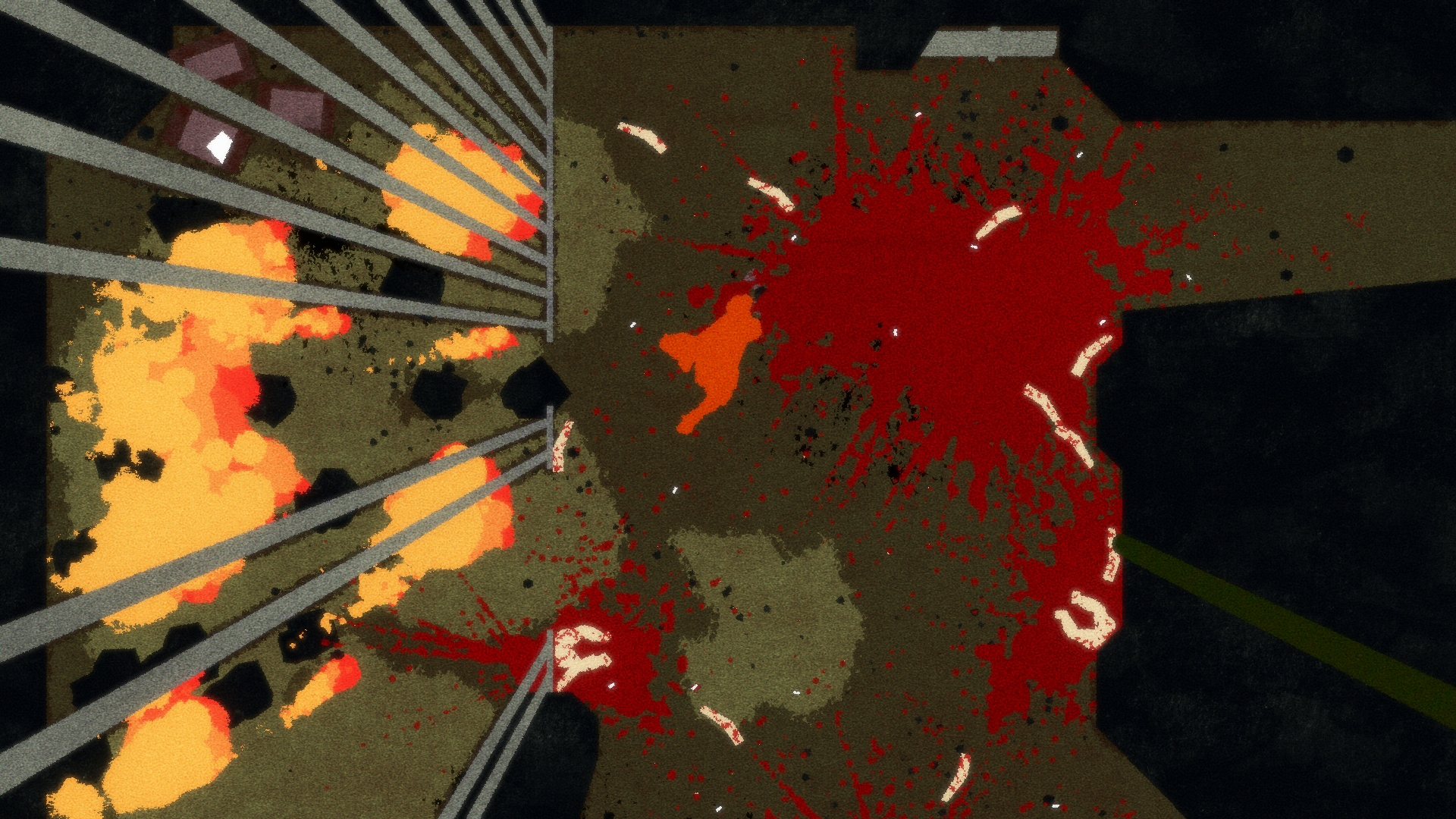 Keeping you from your freedom are a plethora of gunmen seeking to end your life. Pistols, AK-47s, shotguns, and even bazookas & flamethrowers are what you'll find yourself going face-to-face with when escaping. Most of the time, you'll have three times to get hit before you bite the dust and have to start from the beginning; when it comes to the bazooka, that's a powerful one kill there. All the gorilla has to defend itself is its massive arms, which can be used to smash enemies or use them as shields before splattering them onto a nearby wall afterwards. When you a grab a gunman, their trigger-happy mannerisms kick in, giving you a bit of live ammo as they shoot away and keep you from being harmed from enemy fire.

Other than that, there really isn't much to discuss when it comes to describing how to play this game. Granted, on some occasions, there will be some other hazards to deal with, such as planes dropping missiles from overhead. So what does Ape Out offer that other games don't? The answer is as easy as its game description: one hell of a challenge! 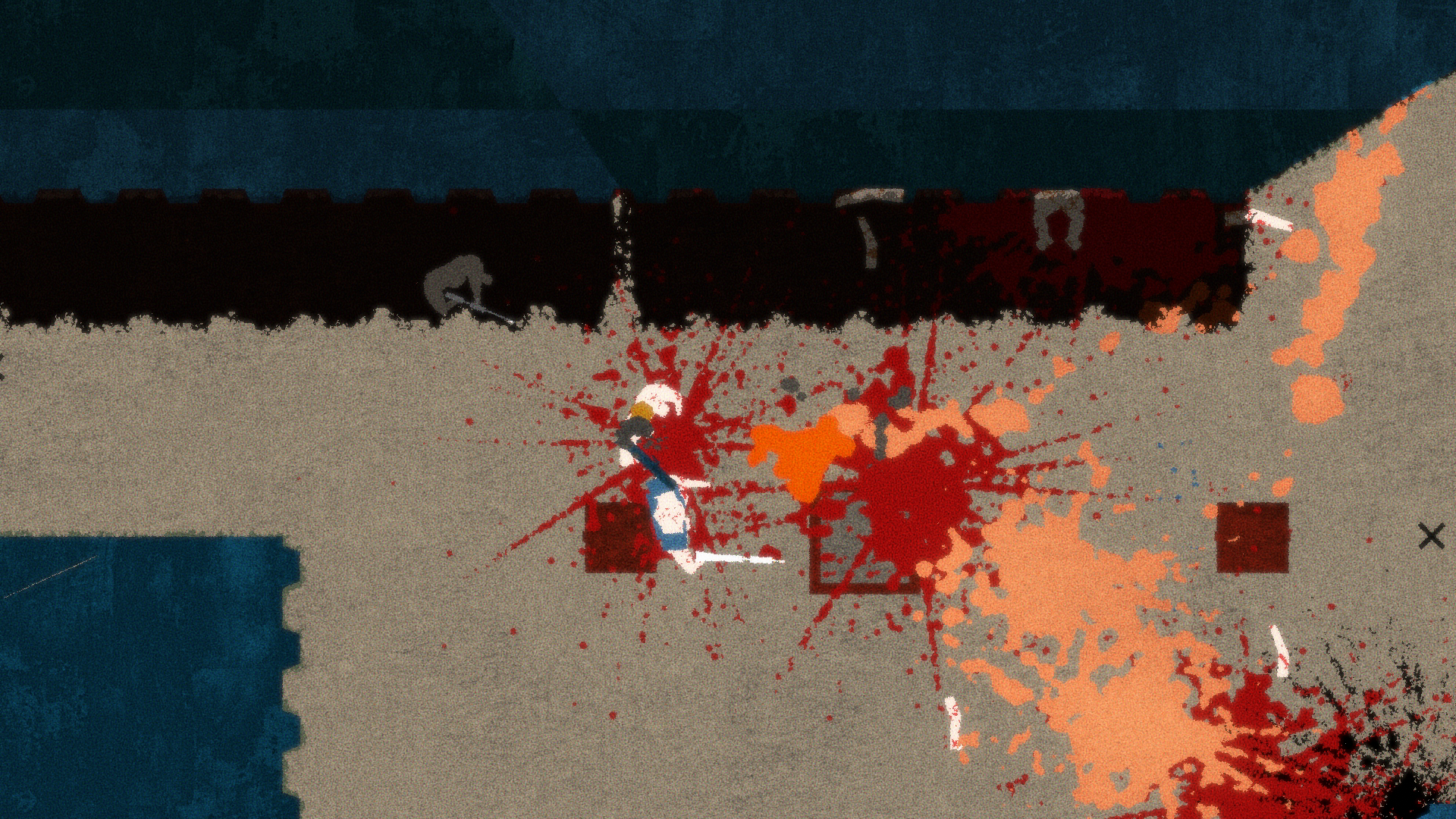 Every time you die, the level gets reset, meaning there is no form of strategy you can take to get to the other side. It's a run-and-clobber race for your life, and you'll be on the edge of your seat as you fight to survive the gun fire. (If you're like me, you'll find yourself standing as you play, literally keeping you on your toes at every waking moment!) Players can take minor notes such as how long it takes for each kind of enemy to fire at you, but other than that, there's no real way to figure out how to complete each level. There's no trial by error, nor can you ever second-guess what's just around the corner.

It's this aspect that keeps Ape Out from growing stale during its runtime. Every time you grab the controller, the urge to solider through towards victory will pounce through your blood. The way this game acts will keep players in an intense state of wildness, as if it's attempting to bring the primate out of every person who plays. It may not have a deep story, nor does it have any sort of character development as you go along, but what it offers is one level of excitement after another. 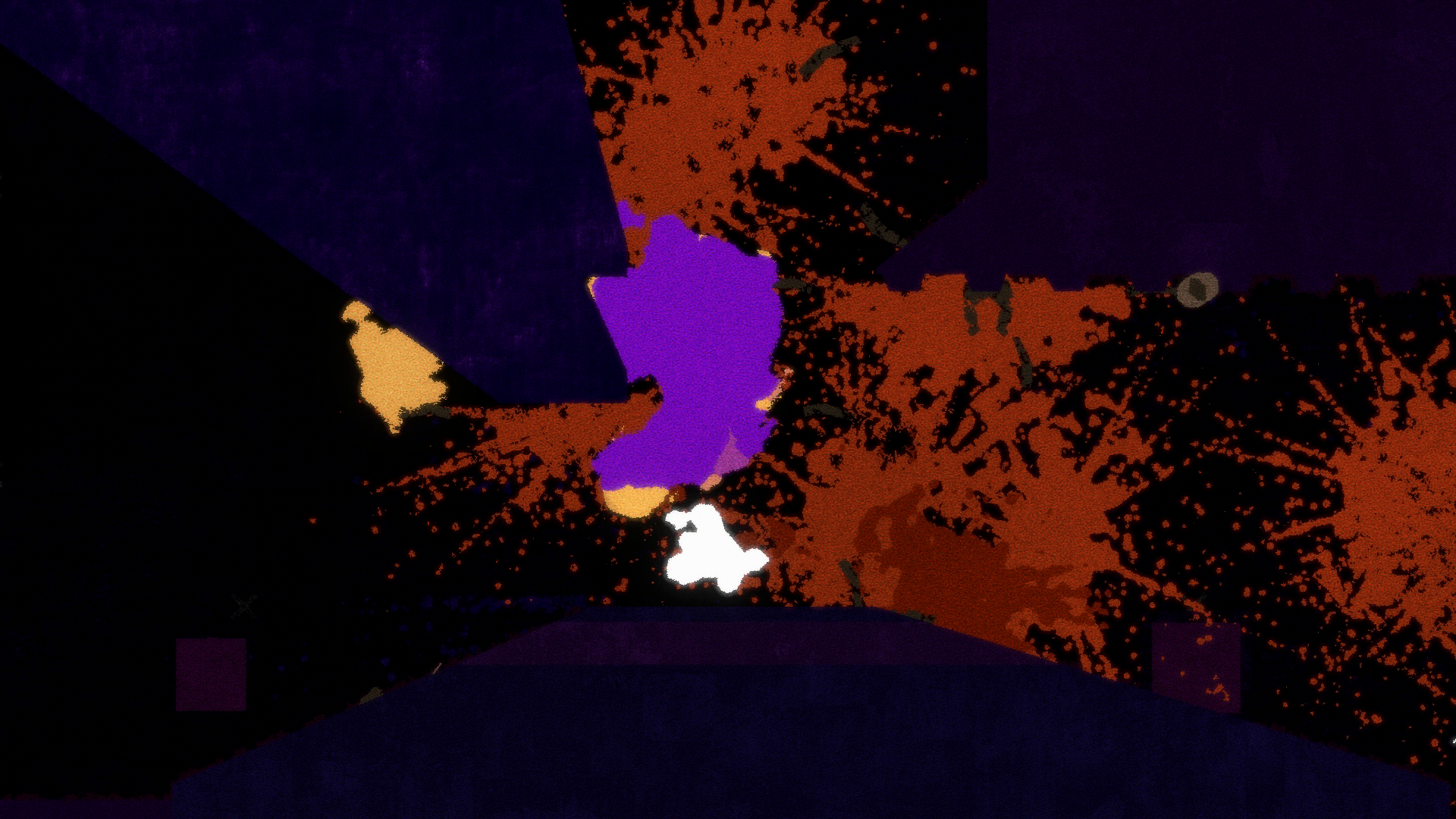 A big reason for that is thanks to its sound designer Matt Boch. The game's soundtrack isn't just mere background music; it's a character all in itself. Every smash, shot, and splatter is brought to life in-synch with some of the most impressive percussion instrumentation in gaming since, well, the last Rock Band game. Despite its off-the-wall violence, the jazz music that plays throughout is filled with as much style as a cut from the soundtracks to Cowboy Bebop or Birdman.

Though players can beat Ape Out in four hours, there's still more one can experience after the end credits roll. On top of a bonus level, you can also take on the game in its more challenging mode, which will be filled with twice (and sometimes thrice) as many enemies as in its normal mode. Players can also try to beat their previous times via Arcade Mode, although one wishes there was an online scoreboard that people can compare their times & deaths with amongst friends and other players.

Ape Out is one bombastic gaming experience. With its killer soundtrack and enjoyable gameplay, Cuzzillo's debut title is one that builds careers in their line of work. Call up a tallyman for your banana hoard, because Ape Out is one title that will keep you slamming away from start to finish!