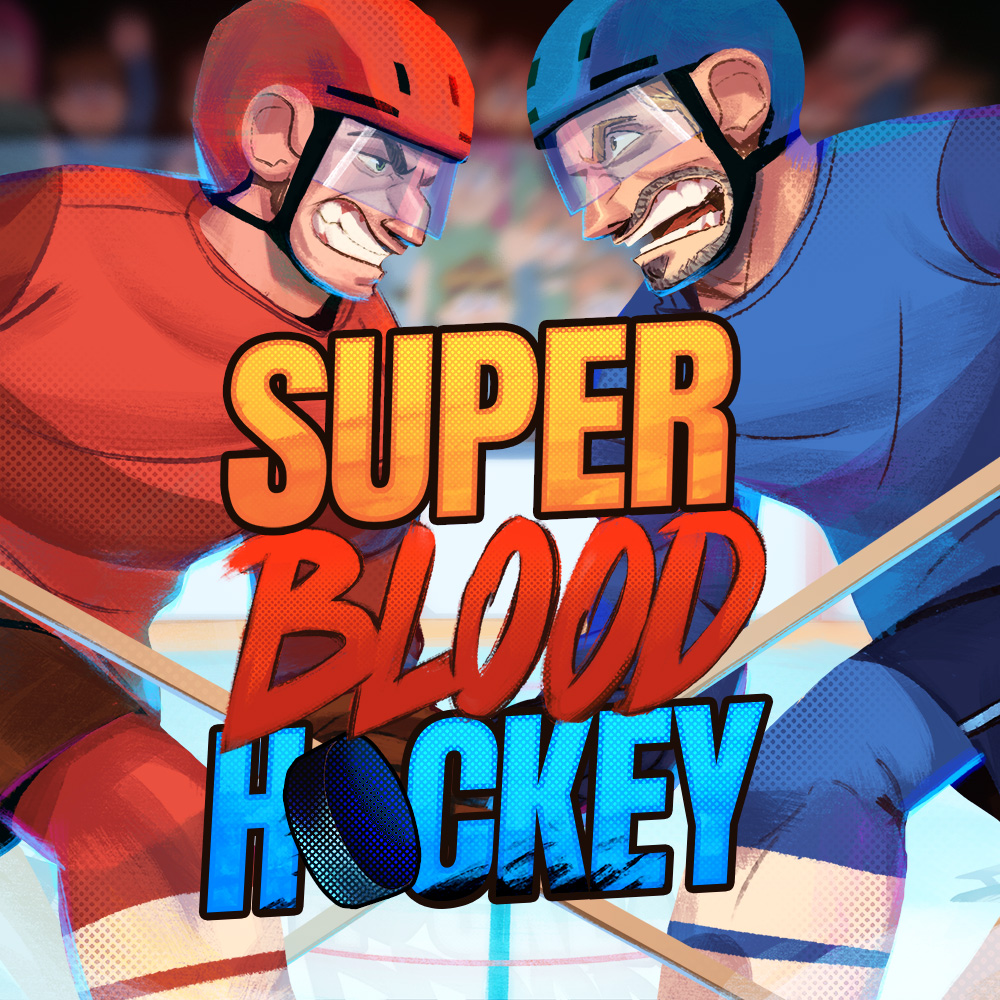 Nostalgia can be a double-edged sword. On one hand, experiencing a video game similar to one you loved as a child can bring a lot of warmhearted memories of simpler times and merriment. However, it also can show you how much you probably sucked at that game from many years back. This feeling came to me when taking on Digerati’s Super Blood Hockey, an homage to classic NES and SNES hockey titles of yesteryear. It’s fun, but holy mother of Cam Neely is it tough as hell!

Super Blood Hockey has players playing 4-on-4 matches against the team of their choosing. Similar to how older hockey titles went, you can aim, pass, and check opponents with the right amount of speed and strategy. Find yourself roughhousing too much, and a massive fist-fight will occur, with the losing team having a player placed in the penalty box. All of this is captured in class 8-bit-styled graphics and personality. 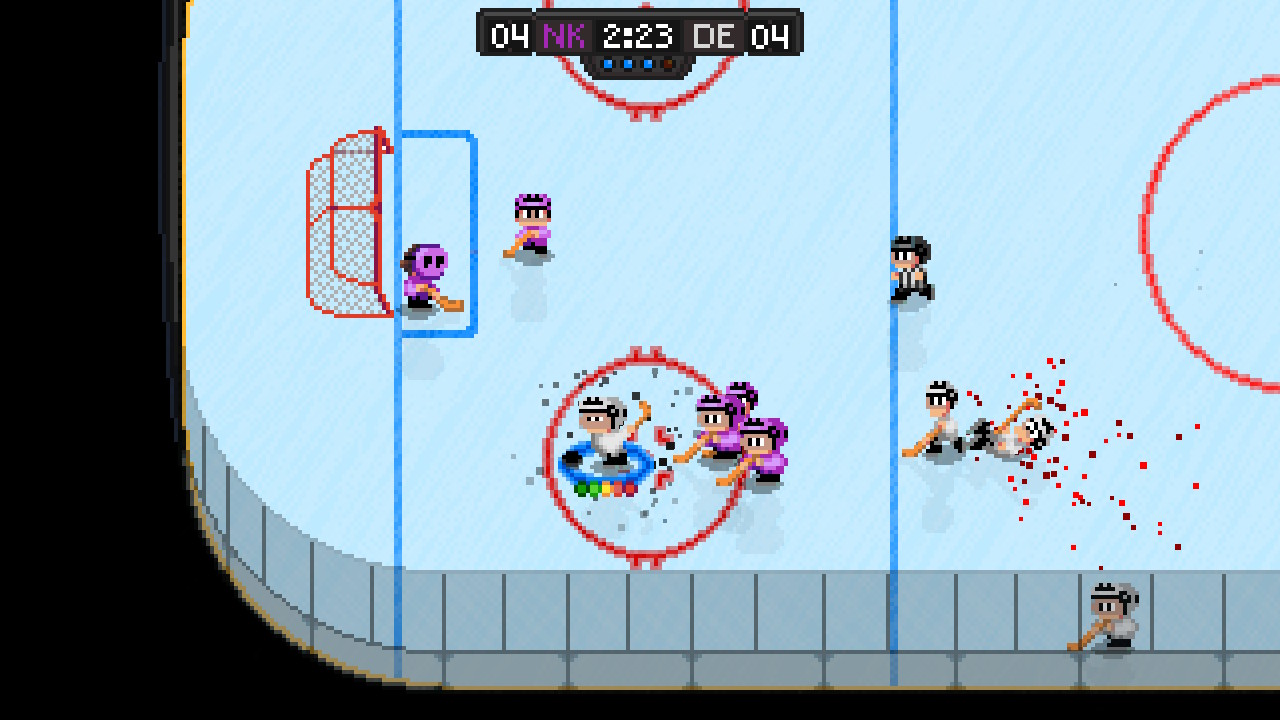 With the likes of the NES’s Ice Hockey to take inspiration from, this title showcases a strong means of how it was playing these older games. It was never the prettiest picture to begin with, but where those old games lacked in looks were often made up with in both the fun and heart departments. And for the most part, Super Blood Hockey delivers on both sides. On top of that, it knows how to deliver some pretty good laughs!

Despite being an indie game, this little hockey title is crammed with plenty of extras. On top of playing an exhibition match, you can also set up a tournament to see which country sports the best players around. Win, and you’ll achieve high glory on the ice. Lose, and you may find your coach, players, and possibly franchise owners sentenced to death for their insubordination. It’s quite funny seeing how each country offs their inexperienced teammates, ranging from having a tank blow them away or being run over by a zamboni Deadpool-styled! 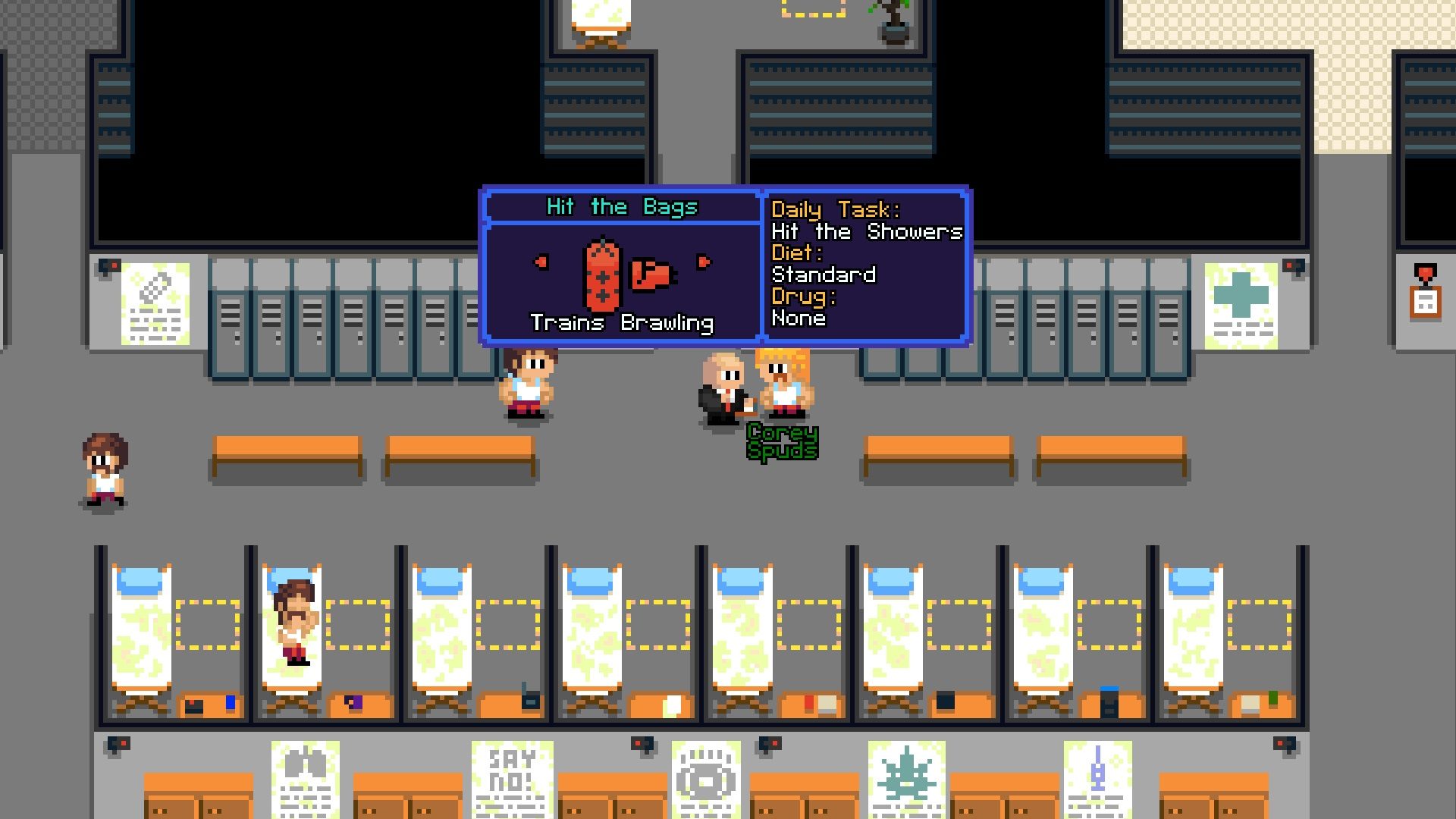 The big highlight in Super Blood Hockey is its Franchise Mode. After selling one of your organs on the black market, you get to take control of your own hockey team. You pick the players, train them, give them the proper amount of drugs, and even make a little extra cash on the side by selling the dead players’ organs on the side. Find success with your team, and go down as one of the greatest owners in history; lose too many times or go bankrupt and...well, let’s just say do your best to avoid that at all costs.

Challenge mode also delivers some pretty unique experiences for one to bear witness to. Attempt to play four against eight, 12-on-12, and even have the chance to let the goalies be controlled. Completing these challenges will unlock more options for players such as puck friction, no player swapping, and player weight adjustments to make them skate faster on the ice. But be warned: these challenges will bring quite a lot of chaos in the rink, especially when it comes to the opponents’ skills. 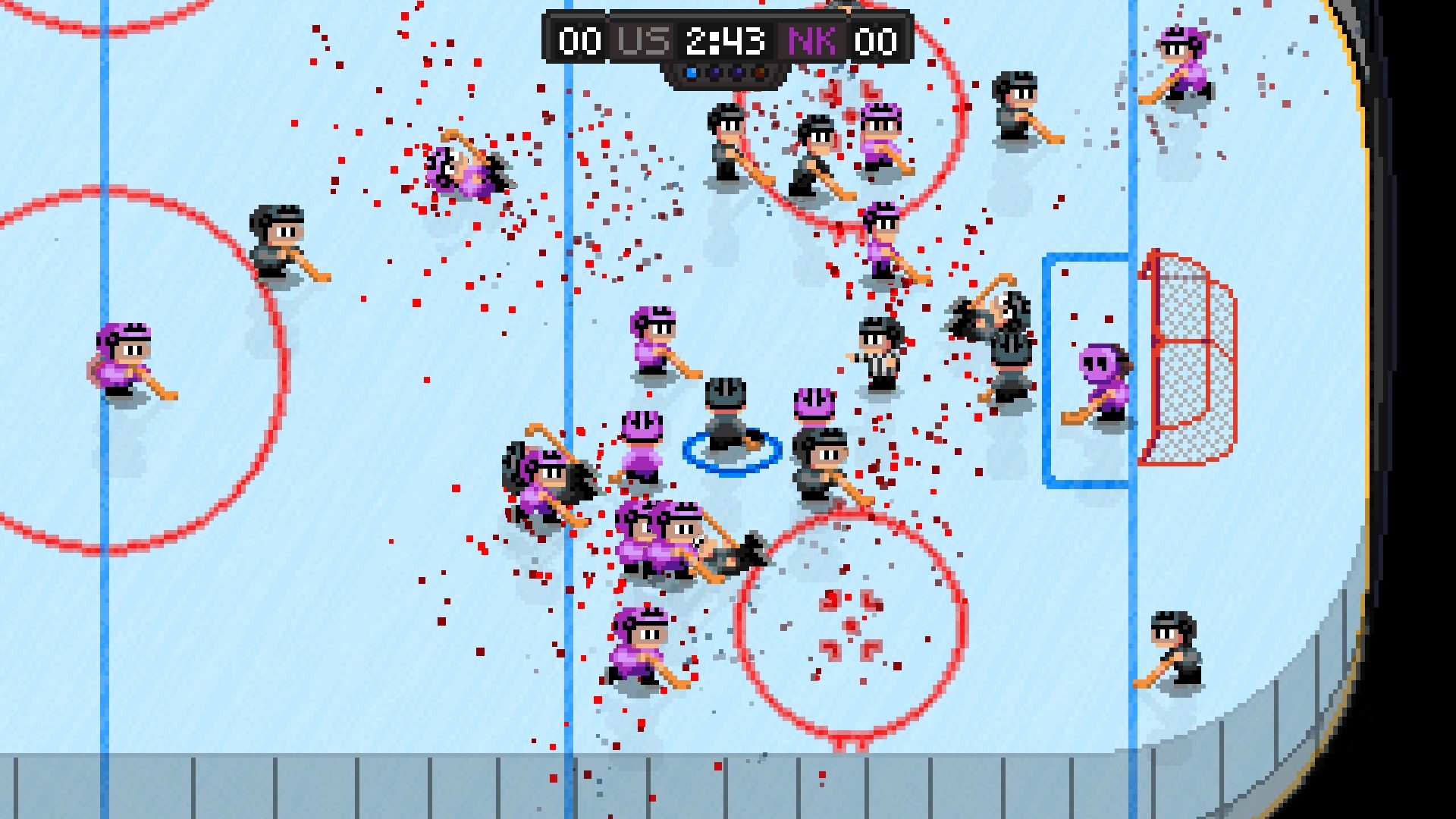 From a gameplay perspective, Super Blood Hockey recreates the easier aspects of controlling characters and the like. Although it does take advantage of having an extra button or two, it manages to keep things feeling simple, so as to bring in both veteran and newcomers to the old-school hockey video game realm. The additional mechanic of putting up one’s dukes on the ice also brings forth both another kind of strategy to get the upper hand, as well as some hilarity when you see how much blood you can spill on the ice. Yes, one can easily roll their eyes at the brutality that it showcases, but it’s all presented in a pretty silly manner.

To combat the easy gameplay mechanics is a surprisingly challenging AI system. Even on the easiest of settings, I had my team be pummeled and out-scored on numerous occasions during my play-through. They never go easy on your teammates, as they have the knack for wiping the floor with your players whenever it pleases them. One of the other things that makes it all the more challenging is how you aim for the next, using the same control stick that’s meant to moving your player. (If anything, the right Joy-Con stick should’ve been given this option.) 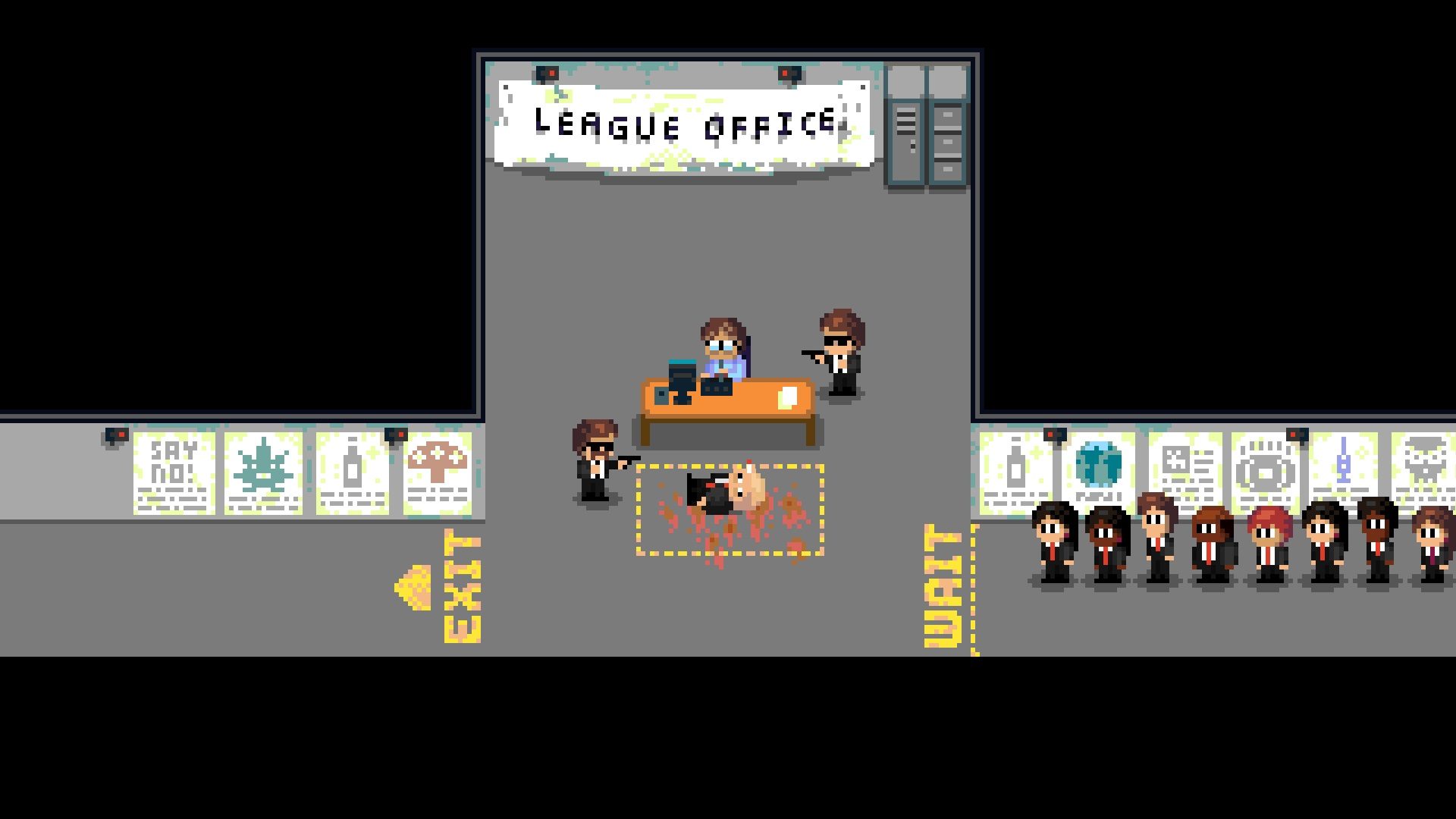 When it comes to couch co-op, Super Blood Hockey delivers a strong classic style that will make those whose friends used to gather around the old analog TV smile. Up to four players can play on the same team or on opposing forces. It’s definitely a great sports title that’s fun with your pals, especially when it comes to its more laughable moments. However, the lack of online play is a bit of a disappointment, as it kept me from experiencing the game with friends that live out of state (or even out of the country). Perhaps a patch will brings this to the table, but as of yet no such announcement has been made.

For a fun, retro-styled sports title, Super Blood Hockey delivers a surprising trick shot. With that being said, attempting to play solo does take some of the wind out of one’s sails, due in part to its tough AI. However, if you’ve got a good amount of hockey-loving friends nearby, Super Blood Hockey is one game that’ll be a nice alternative now that the NHL season is winding down.