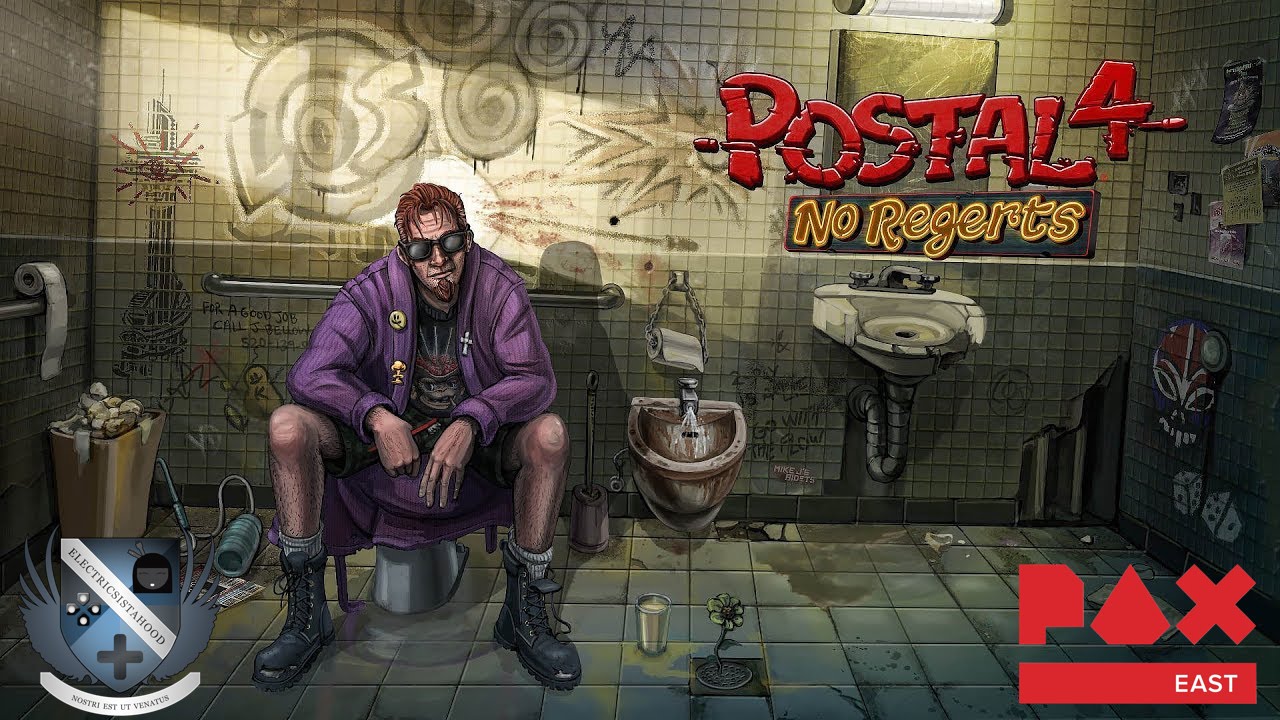 Running With Scissors couldn’t care less what critics have to say about the Postal franchise. (Okay, they agreed the third one sucked, but that was out of their control!) But when it comes to delivering an all-around fun experience with the mayhem and violence cranked to Troma Film levels, you can’t go wrong with this somewhat iconic franchise. So with their fourth game Postal 4: No Regerts, Running With Scissors brings the insanity to a new generation, and then some.

At their PAX East booth, I was given the chance to fool around with the open world setting, as our beloved hero has found himself homeless after his trailer was stolen. You could play nice with your new surroundings, as you hold a sign and beg for change. But when you have a mechanic that allows you to piss waterfalls and attach cats to guns, why try being a good guy now! So with ammo to the teeth, you can run amuck and make this small hick city your playground of destruction! 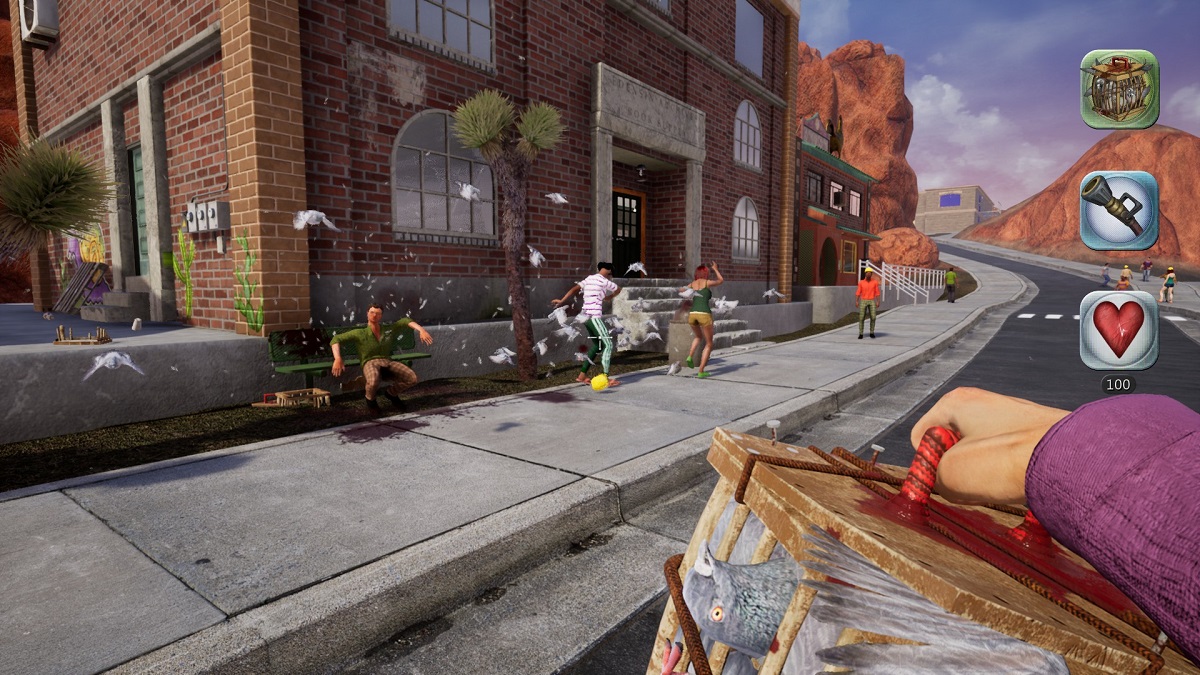 With the weaponry on hand, you can use your average guns and rifles. Thankfully, if you wish to go full crazy, you can unleash pigeon bombs that’ll peck the eyes out of citizens, pour gasoline and set everything on fire, and even use a good ole machete to lop off some heads. If you find a scooter lying around, you can also run over people and attempt to pull off some sweet moves before crashing hard into the pavement below. (Or, seeing as it’s still in Alpha mode, get trapped between the real world and “the upside down”.)

The game knows exactly what it wants to be, and you cannot fault it for its determination to bring bonkers ideas to first-person shooters. This has been the mantra of Postal since its beginning after all, as it scribbles out the word “seriousness” from the dictionary and draws a picture of Howard Stern defecating on Don Imus’s gravestone in its stead. Thus far, Running With Scissors has crafted an all-around fun time for lovers of wacky first-person shooters and people who despise the word “political correctness”. 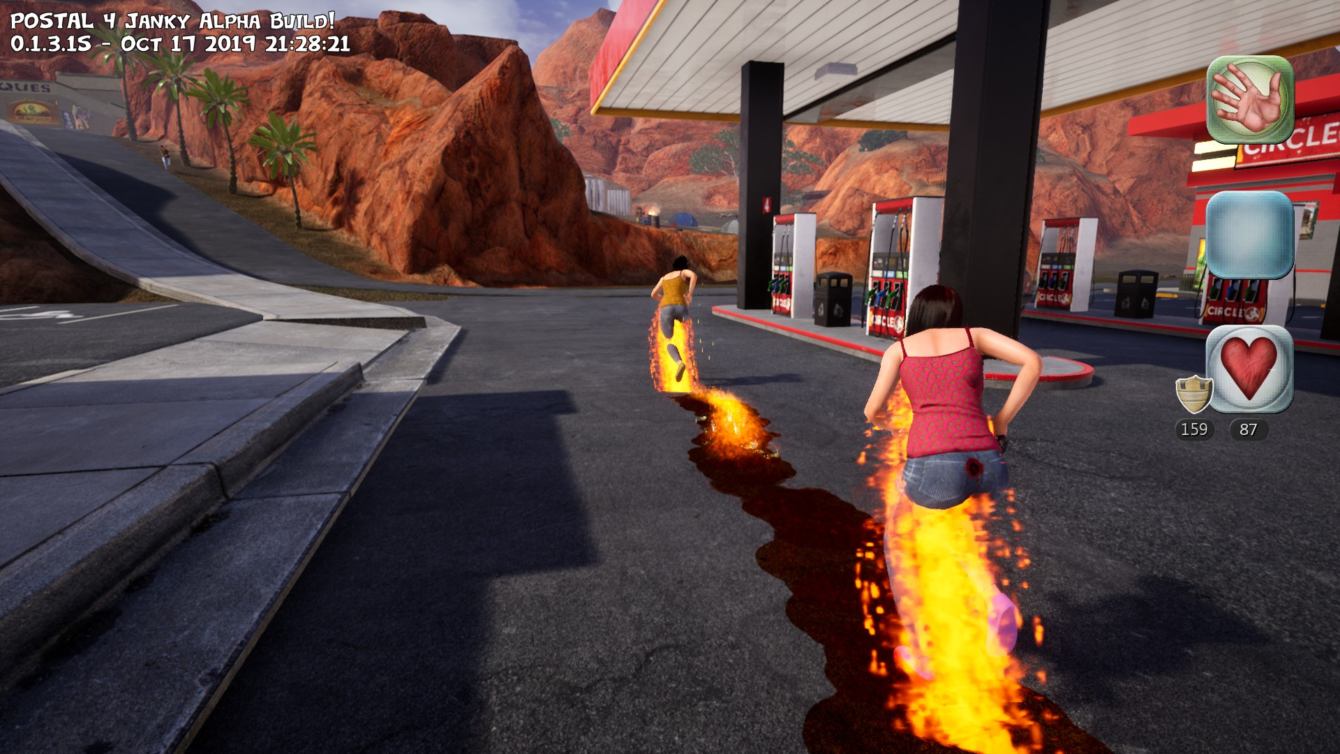 Postal 4: No Regerts is out now on Steam Early Access, with a full release soon. A console port is also planned for the future.