The summer movie season is starting and with it we can expect many video games based on these blockbusters.  While movies like Iron Man 2 and Alice in Wonderland are churning out games based on the exact story of the film, there seems to be a different trend going on that may actually be working.  Instead of making a game based closely on the movie that just came out, make one in the same universe and have it be awesome. 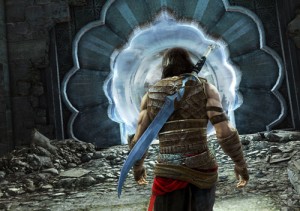 Prince of Persia: The Forgotten Sands abandons the normal formula of adapting the movie and just goes with releasing an awesome game in the same universe.  This has, for the first time in a little less than a year, gotten me very excited about a game that’s launching with a movie.  The game picks up at the end of the story for The Sands of Time and gives us a new look at what made the prince so very upset at everything.  Ubisoft is taking the helm for this new installment and it looks to not disappoint either the fans of the game series or patrons of the film.  It’s got enough acrobatics and time travel to satisfy those new to the movie, but it also seems to have all that a huge fan of the old series (that’s me!) would need. 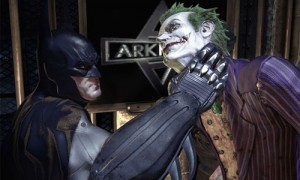 The other good example of this is, of course, was last year’s Batman: Arkham Asylum.  I do understand that the aforementioned game did not launch at the same time as The Dark Knight, but it was very much launched while the hype for the movie was alive and well.  Batman: Arkham Asylum was also in no way related to its movie and was an awesome experience that managed to scratch my Batman itch quite well.  Just like Forgotten Sands it contained more than enough to satisfy those who were only looking to emulate the movie, but for those of us who love Batman, it had a bit more.  Not only was the gameplay deep and engaging, but the story had enough nods for the more hardcore fan of everyone’s favorite costumed billionaire.

The question remains, is this merely a coincidence or are we entering a new age of good movie video games?  Only time will tell, but I look forward to the day when each awesome new movie brings with it an equally awesome game.

Product Review: Hands On With Inca...