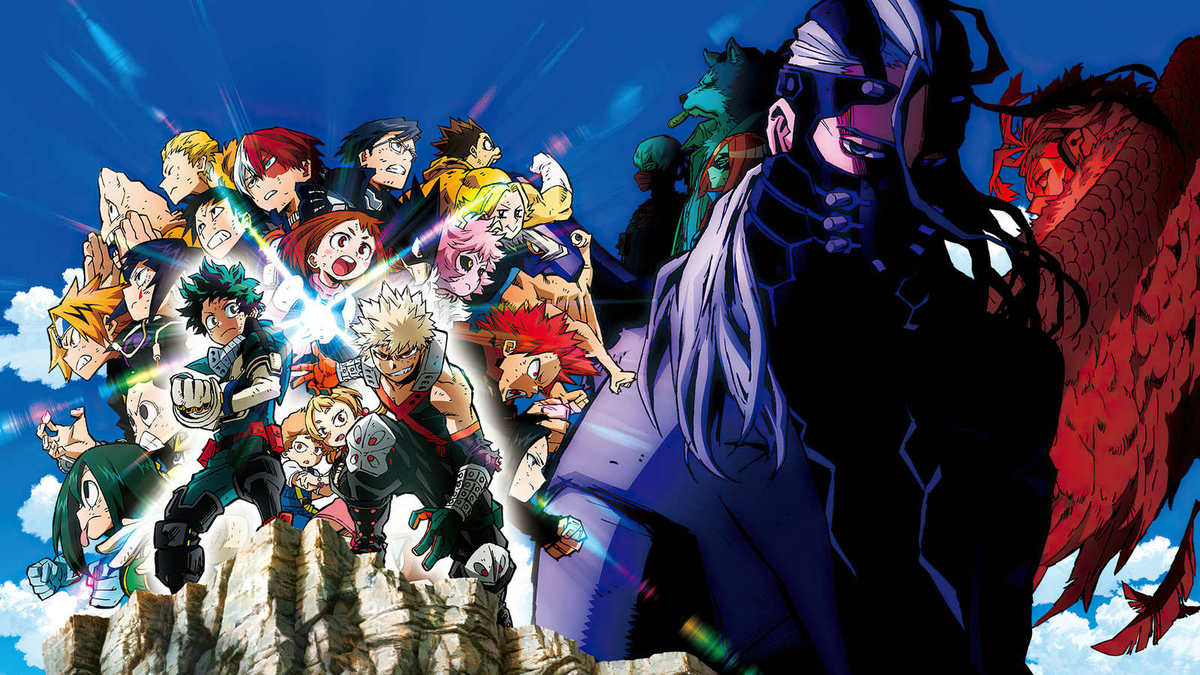 ANIME/FILM REVIEW | "My Hero Academia" Powers Through With "Rising" Strengths

There’s a powerful vibe that flows through whenever you see or read My Hero Academia. With a cast big enough to make even the Marvel or DC Universes pale in comparison, the students, teachers, and pro heroes of Kōhei Horikoshi’s original manga always find ways to bring wonder and excitement to their readers and viewers. With its second film My Hero Academia: Heroes Rising, the franchise goes all out with its action and tension. But does that make for an All Might-y viewing experience?

The film has the students of Class 1-A taking their training to new heights, as they embark on a far-off island away not just from their teachers, but also Japan in general. Nabu Island is a tranquil place, as Midoriya, Todoroki, Bakugo, and the rest of the class aid the villagers with small tasks and helpful chores. But the peaceful island life is interrupted by a villain searching for a specific quirk, with his powers being eerily similar to another super-villain. With Midoriya and Bakugo leading the charge, Class 1-A sets a plan in motion to save the island and its citizens. 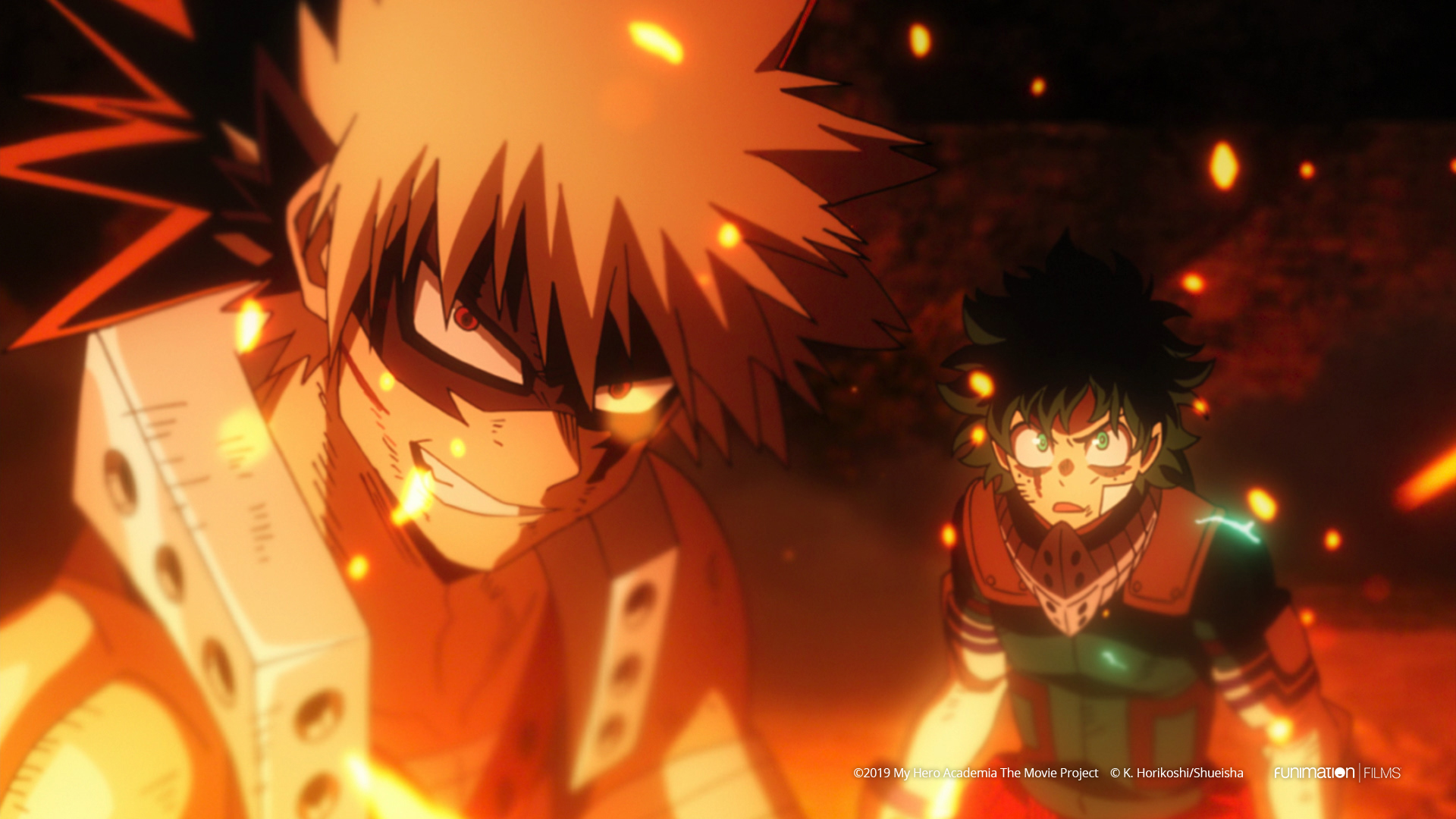 It’s interesting to note that Heroes Rising was influenced by a possible ending idea Horikoshi had for My Hero Academia. Because of that element, it’s easy to see why it could’ve almost become an endgame scenario for the series, as the foe Class 1-A faces off with has a tremendous amount of power at his disposal. These battles against him and his minions have the heroes throwing everything that they’ve got, pushing their limits to the very extreme. What it results in is a strong action flick that delivers one intense moment after another, with the students becoming battered and bruised in ways that the anime’s yet to show.

Perhaps this is why My Hero Academia: Heroes Rising gives each of the heroes their big chance to shine throughout its 100-minute runtime. Unlike in 2018’s Two Heroes, no one in the crew is left behind as mere observers. Quite the contrary, as this time it’s the teachers and legit pro-heroes that sit at the sidelines, giving Class 1-A a chance to prove themselves and show what they’re made of against a powerful evil. As such, fan-favorites like Tsuyu, Rikidō, and — yes — even Mineta are all used to their fullest potential. 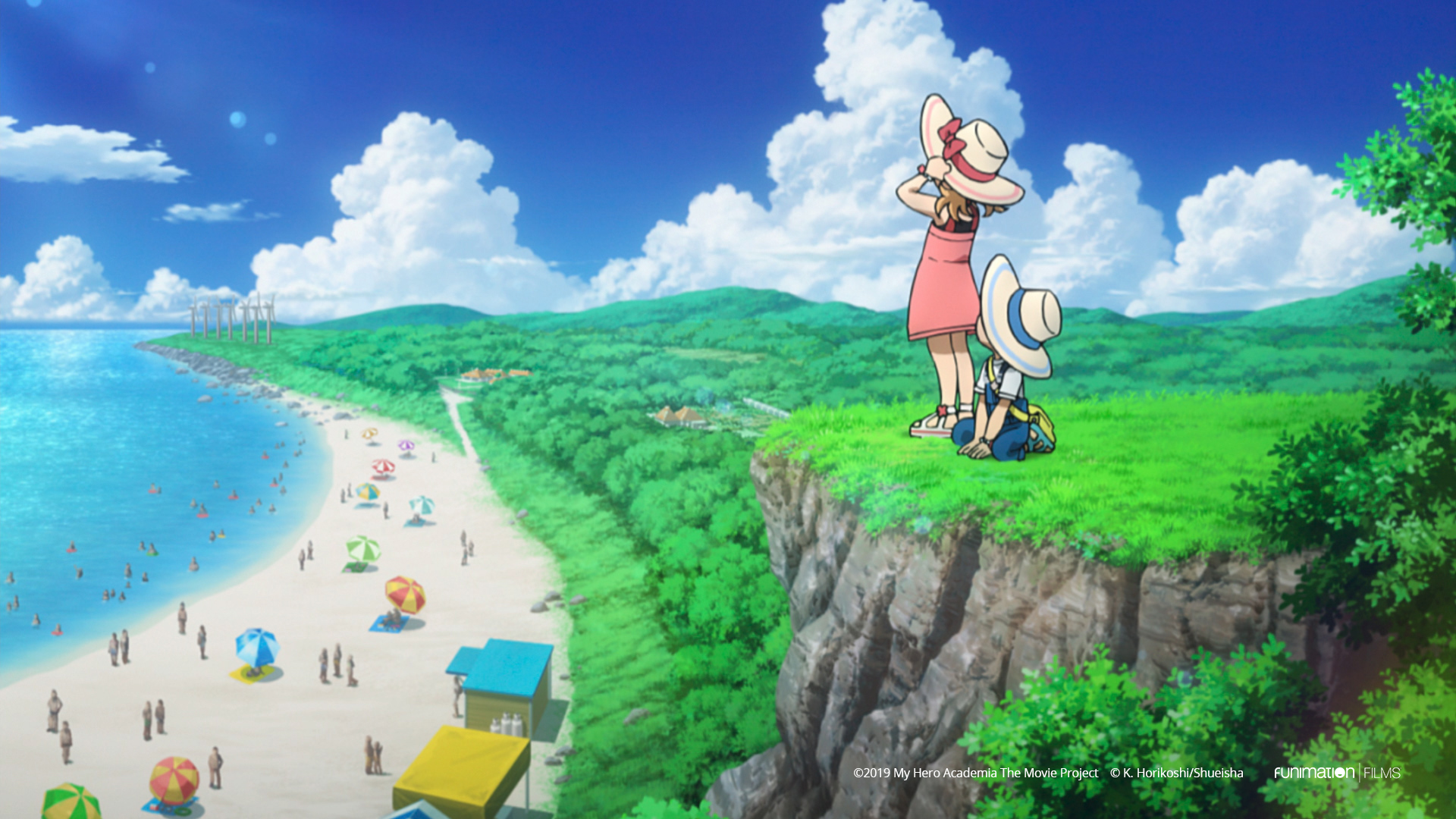 But despite using all the heroes to their fullest abilities, I cannot help but feel like its narrative as a whole wasn’t as strong as Two Heroes was. Even though the action and tension were far better than the first film, the story felt more like an extended episode rather than a big theatrical take on My Hero Academia. Considering its standalone nature, it makes some of the big climatic elements feel moot and out of places, compared to Two Heroes and its respectable means of finding ways to fit into the anime’s canon.

Yet despite some of its flaws in its plot, My Hero Academia: Heroes Rising is a fully enjoyable experience for fans of this now-iconic franchise. Going Plus Ultra with its animation and voice acting, the latest big screen take on Midoriya’s quest to become the ultimate hero is an explosive good time for those looking to scratch that superhero itch that Hollywood has been leaving these past few months. While it may not convert newcomers to the franchise, Heroes Rising will certainly keeps fans sticking around to see where Deku’s journey leads him next time.