Major League Gaming: At the Event

I know what you’re wondering.  What exactly happens at a Major League Gaming event?  I’m here to fill you in on what exactly goes on at one of these events from the perspective of someone who has never been to one before this day. 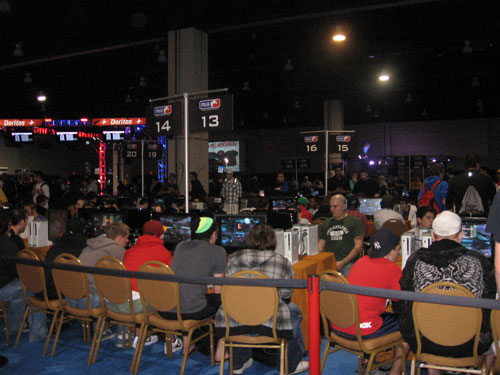 Have you ever thought your living room was a fire hazard due to the amount of devices hooked up in that one location?  I certainly have.  Now, imagine a convention center filled with hundreds of monitors hooked up to hundreds of gaming consoles and computers.  This is the floor at the Major League Gaming event.  The even more impressive thing is that each seat is filled with a player that could likely kick my butt before I could say uncle. 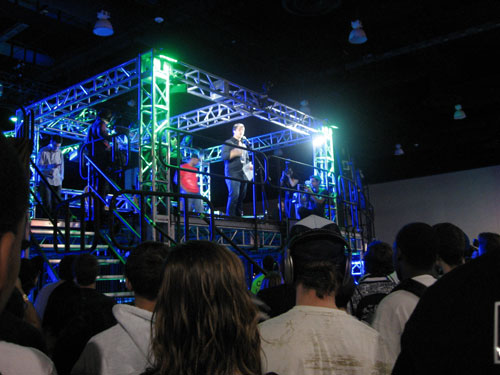 At the start of the event, everyone gathered up at the main stage and Sundance, co-founder of the MLG Circuit, welcomed everyone to the event.  After he was done talking, to officially start the event, everyone in the audience who was carrying a game controller raised it up and the cheering commenced.  It was quite a spectacle and I think I may bring a controller to the next one so that I may join in with the fun. 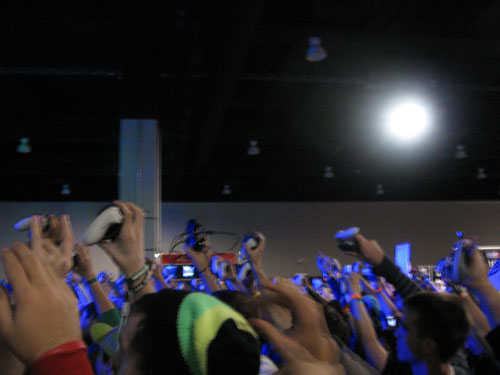 Most of the matches that went on following this were the qualifying rounds being done all across the floor.  Scheduled at intervals however, were the rounds featuring the sponsored teams that had advanced throughout the tournament.  These matches were held at the main stage and were a ton of fun to watch.  The specific games being played at the event are Halo 3, Halo: Reach, Super Smash Bros. Brawl, Tekken 6, Starcraft II and World of Warcraft.  The best part of it is that everyone is really into watching these matches.  Whenever a point is scored or a particularly well-executed kill happens there is clapping and cheering. 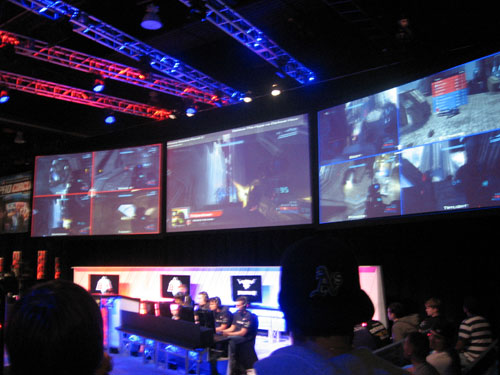 While the gaming competition is certainly exciting, that’s not the only fun to be had at the event.  Several companies that are sponsoring the MLG are here with booths as well with fun things to do, free food and contests.  Sony is here demoing Killzone 3 to anyone who wants to pop in and play.  Hot Pockets are being given away to the masses and then you can wash it down with a free Dr. Pepper.  They also have free hand massages available to all.

With all this stuff to do, it’s hard to stay in one place.  The most fun thing though, is to see these pro players strut their stuff in their respective games.  If the MLG passes through your town, you would have to be a fool to pass it up.  Look for more from the MLG Circuit later on this weekend, including my hands-on impressions of Killzone 3 in stunning 3D!  See you then.

Another Kingdom Hearts that isn’t...