Sea creatures!? Why, at about the same time, do we have two anime involving sea creatures? Maybe you have seen either Kuragehime (Jellyfish Princess) or Ika Musume (Squid Girl) mentioned this season, but which  aquatic life-based show is more worth your precious viewing time. Let's put these two ladies under a microscope, shall we?

First we have the Noitamina' blocks latest it-girl, Tsukimi. Tsukimi loves jellyfish- perhaps a bit too much.

In the opposite corner is anime's answer to Aquaman (or is Namor more accurate?), Squid Girl. She loves her home (the ocean) so much that she will do anything to protect it- even if it means enslaving the human race.

Enough squawking! It's time to pit these two against one another in deadly anime combat!

Squid Girl takes this one without even putting up a sweat. Squid Girl is so cute she doesn't even need a real name. She's also completely ignorant of human tradition and culture. There is nothing more adorable than a dummy.

Tsukimi has the potential to look good, but most days she's wearing glasses and a sweatsuit. She's an ugly duckling, and she kinda likes it to be that way. Tsukimi is a likeable girl, but she doesn't have a high opinion of herself. In short, she's an otaku girl. So I like Tsukimi, but she reminds me how much of a geek I am, and she brings me to reality more than she allows me to escape. Squid Girl is just silly escapist fun.

Squid Girl's abilities: Tentacle hair which can operate individually. Able to breathe underwater and also swim at high speeds with her tentacles propelling her.Also has the ability to cram "de-geso (squid tentacle)" into nearly every sentence.

Tsukimi's abilities: Turns to stone whenever an awkward situation arises. Has an encyclopedic knowledge- but only pertaining to jellyfish.

Tsukimi has quite an odd group of friends. The Sisterhood, a collective of female otaku who have banded together to keep all non-otaku elements as far away from them as possible. There isn't much to these girls, at least not yet. Each of them exist to repeat one running joke each. but they could potentially become more than just wacky sidekicks. Orrrr not.

Tsukimi no longer seems to have a family of her own, which is a theme of the show; but a family does enter Tsukimi's life once she meets a beautiful "Sylish" - the exact type of person The Sisterhood dread.

Squid Girl's friends are the typical cast you expect from a kid's show. The show is mostly female, just like Kuragehime's cast, but there isn't much too them. Ika Musume's cast is an actual family who own a restaurant on the beach. They take in Squid Girl as one of their own because she decides to bust a big hole in their wall, and she has to pay off her debt.

I don't hate these characters one bit, but they just serve as people for Squid Girl to play off of. No matter what character you have aside Squid Girl, it's all about the girl with tentacle hair.

See that? Get hooked in by the film references, stay for the music.

So, against my love for Jellyfish Princess, Squid Girl is the overall winner of this war. 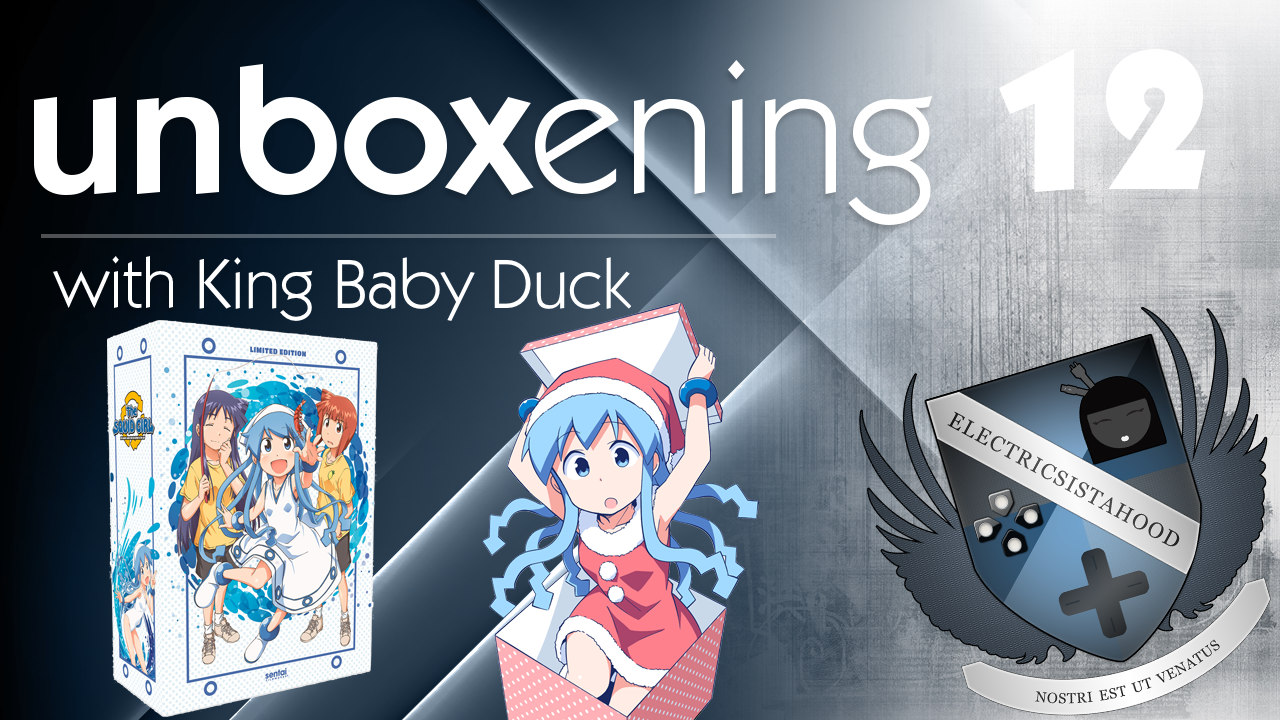