HomeVideo GamesPre-Game of the Year: Part 1
by: Hamsterman2049
0
Video Games

Pre-Game of the Year: Part 1

This year has been a great one for video games.  One thing I have noticed about the games I’ve liked this year, is that they were all either direct sequels or spiritual successors to past games.  Since greatness doesn’t just pop out of nowhere, what I want to look at is not the games themselves, but what came before each of them.  In this five part series, I’ll be playing the game that came directly before my favorites from this year.  Indigo Prophecy will be my first stop as I explore the predecessor to this years hit Heavy Rain. 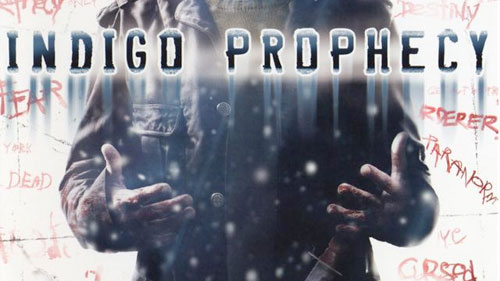 Whenever a game offers me a tutorial in the opening menu, I typically go for it, so that I can be best prepared for what might come my way.  This is a feature that was in Indigo Prophecy but was depressingly absent from Heavy Rain.  The tutorial features a crash test dummy named Bob, which you control, and is guided by David Cage, writer and director for both games, himself.  Aside from being extremely helpful, it was probably the most self-aware and hilarious thing I’ve seen all year.  While it didn’t match the tone of the game at all, I would’ve loved to see that in its successor.

Hopping into the game proper, I immediately recognized the work of studio Quantic Dream.  Indigo Prophecy contains most of the ideas that seemed revolutionary in Heavy Rain, but you can tell that they’re just not as developed.  In conversations, you have a limited time to choose topics you want to talk about.  As well, the analog stick motions for various in-game actions, as well as quick-time events, are present.  Playing as multiple characters also still plays a very big role in how the game plays out.  Quantic Dream knew that this gameplay was revolutionary and took its time going through it with a fine-toothed comb for its successor.  I love seeing when a developer takes the time to not give up on a concept and think that the best games come from one that wasn’t quite there the last time.

The main thing I felt was a bit different in this one was the tone.  While it was often still quite serious, there was an air of whimsy that still kept it out of the realm of heavy drama.  It was subtle, but things like various sound effects and the supernatural aspect to the story took it in a direction that Heavy Rain never went in.  With the exception of the tutorial, I think the right choice was made there.  It made much more sense for the tone to be as consistent as it was in Heavy Rain in order to really pull you into that world.

If you haven’t played Indigo Prophecy and you loved Heavy Rain, I highly recommend it.  If you want to, under the direction of digital David Cage, play as a crash test dummy named Bob, I feel confident in saying that there’s no where else to turn.  Keep an eye out for my next edition of Pre-Game of the Year as I talk about another prelude to an awesome game!