HomeVideo GamesPre-Game of the Year: Part 2
by: Hamsterman2049
0
Video Games

Have you ever giggled maniacally while dismembering a mythical creature?  If you’ve played any of the games in the God of War series, then there’s no way the answer to that question is no.  God of War III launched earlier this year to wrap up the main trilogy in the series, but before that we had the delightfully epic God of War II to enjoy.  Today, I’ll be exploring why it’s important to remember that if a series ain’t broke, don’t fix it. 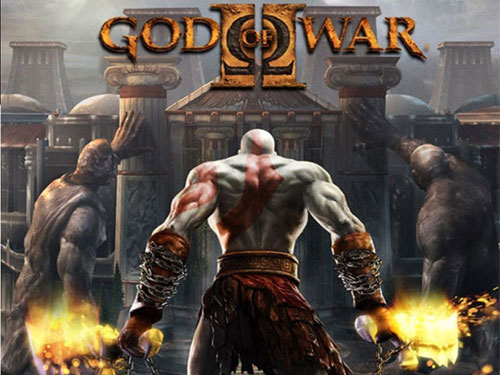 Looking back, I remember panicking at the idea that the second God of War game was going to launch for the Playstation 2 after the launch of Sony’s new Playstation 3 system.  All fears were put to bed once I put the disc into my console and started playing it.  Still to this day, there are games on current generation consoles that don’t look as good as God of War II.  As well, with the launch of the God of War Collection for the PS3 bringing it to HD, this game needs not offer any excuses for how it looks.

One of the most important thing about the series that it has delivered time and again is scale of epic proportions.  Even as a tiny ant-like Kratos, you can take on the biggest of foes and embarrass them with how bad a beating they receive.  From titans to massive structures, God of War II delivers right at the beginning with Kratos taking down the giant statue.  In the battle with Theseus, at the end you slam him in a stone door repeatedly and my roommates at the time knocked on my door to see if I was alright because I was enjoying it a little too much.

Violence plays a huge role in the entire series as well.  These games are not meant for the faint of heart.  It’s something they’ve managed to ramp up throughout the series and playing each game, it’s had to believe ramping up the violence is possible.  In the second game they added some new weapons and revamped your godly abilities, thus adding to what was an already excellent gameplay structure.

When going from God of War II to God of War III, you can almost hear the conversation of how they wanted the new game to be: I want it to be like the last one, but bigger.  They managed to pull it off in spades and successfully ramp up everything that made the second game, which is largely considered one of the best games for the PS2, such a great game.  If you haven’t played the God of War series and you own a PS2/PS3, then you need to check your pulse and then get off your butt to go play it.  If you can take one lesson from the series, whatever you do, don’t piss off Kratos.  It will end quite badly for you.