HomeReviewsCatch 'Em All in the Big City
by: Hamsterman2049
0
Reviews / Video Games

Catch 'Em All in the Big City

There is a pattern that has emerged which can predict how I will behave during the launch of a brand new Pokemon game.  First, I will be slightly interested and watch a couple of videos.  Second, I will decide that it’s not different enough from the previous entry and I will swear up and down that I’m not getting it.  Finally, about a week or two after its release, I will go and buy it anyways and still love it.  This has happened for the last three games in this series for me and will likely continue on, but since I’ve gotten the chance to play it, I thought I’d share how I feel about this latest entry into Nintendo’s biggest portable franchise. 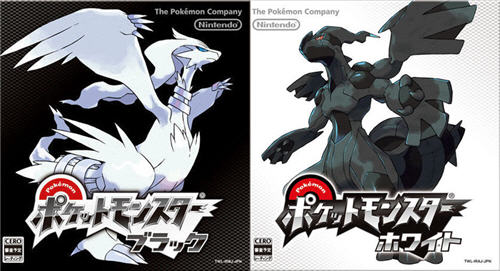 From the very first time I pooped my copy of Pokemon Red into my Gameboy Color, I’ve loved this series.  Simply, the formula they’ve created works and if you compare Pokemon Black and White to their predecessors, you’ll notice that to its core, not much has changed.  You are still a rookie trainer who is just starting their journey to become a master trainer and has to collect gym badges while occasionally dealing with a group with “team” in their name that has some nefarious intention.  The thing that really makes getting into a new one of these games worth it, is the little changes that can really make a difference.

One of the best new subtle differences in these new titles are the dynamic camera angles.  Believe me, I know this sounds particularly trivial, but it really makes a huge difference.  Not only does it give a whole new life to the battles by zooming and panning around the screen while your pocket monsters do battle, but even in the environments you walk around in outside of battle are even more impressive because of this feature.  Speaking of battles, the sprites of your monsters, which were typically motionless when they weren’t attacking all now have an idle animation, which helps add character to the various creatures and make them seem a bit more real.

This next thing could easily be misconstrued as a bad thing, but has been quite enjoyable.  In the main part of your quest, the beginning until you defeat the elite four, there are nothing but brand spanking new Pokemon.  Once you complete the main quest, you can of course access a new area with familiar creatures and import ones from past games, but until then you get to have an experience much like that first game where every Pokemon you ran into is new.  As a fan who has been playing these game for years, I really appreciated this feature.

A new feature which I’m sure will give this game some legs is seasons.  The game is currently set to be in autumn, but each month we will be treated to a brand new season which will change the environment and give us access to new locations, items and Pokemon.  Paired with the time of day feature, this really makes the game world feel like a living breathing world that changes.  As well, this game takes place in a new region, the Unova region, which unlike most of the other games has a lot more of an urban feel to it.  With the dynamic camera you get to see everything from large skyscrapers, to giant highways which in and of itself gives this game an inherently different feel from the others.  The online features, though very similar to those of Pokemon Diamond and Pearl, have been made a bit more convenient and they’ve even included video chatting for those of us who have a DSi.

In short, this game has a lot of reasons to write it off, but you will be doing yourself a disservice if you do so.  If you enjoy the addictive gameplay of the series, which I logged over 100 hours into Pokemon Pearl, then you will continue to enjoy it here.  If you think there’s not enough different about it, then give it a try, because the subtle changes may surprise you with how much they positively effect the games.  If you like Pokemon, you will enjoy this game, pure and simple.  If you haven’t gotten into it yet, go for it!  It’s a great series that is a lot of fun and can last you for quite a while.  You should definitely buy this game, it’s worth it.

Keep your eyes open next week as I will be standing in a line on saturday night so I can get my hands on the Nintendo 3DS.  I’ll be bringing you my impressions of the system on tuesday as well as launch day updates via Twitter as I stand in line on saturday night, so don’t miss it!  See you then, in three glorious dimensions!