Let’s face it, Dead Space 2 was a fantastic game.  When Visceral announced they were going to release single-player DLC so soon, I was overjoyed.  I’ve gotten a chance to download and play Dead Space 2: Severed, but did it live up to the greatness that was Isaac Clark’s second dance with the necromorphs?  Read on to find out. 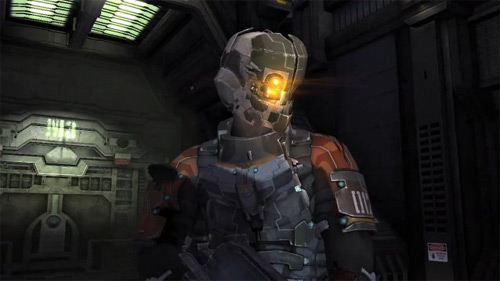 One of the best things about Dead Space 2 are all the atmospheric locales that you get a chance to visit during your stay at the Sprawl.  With Severed, if you enjoyed them the first time, then this is very good news for you.  Most of the rooms you’ll find in this extra are ones that, assuming you’ve played through the main quest, should look familiar to you.  The major difference is that you are heading in the opposite direction.  To its credit, with the paths that were chosen, being able to experience the rooms in reverse actually made them seem quite different.  Probably my favorite part was being able to take it slow through the psych ward, which pretty much requires you to get out of there quickly the first time through.

The gameplay remains exactly the same, but I personally took this opportunity to try and focus on using some of the weapons that I ignored my first time around.  As part of your character, you get a supped up pulse rifle and a special seeker rifle.  The only bummer part of that is when you start a new game with Severed, while you can still earn single-player trophies/achievements, it resets all of the counters for earning them.  The story, while I hope it may eventually have something to do with later installments, could easily be written off, but was fairly fun and interesting to take part in.  It’s not quite as amazing as the main story, but if you’re hungering for more Dead Space 2 action, then it’ll do just fine.

All in all, Dead Space 2: Severed is a fun extension of the single-player content of the game.  With only two chapters, there’s not quite enough time for as solid a story to be developed, but if you’re a die hard fan of the game and you just can’t live without some more content, this is definitely just what you’re looking for.

PAX East: Silence Before The Storm...