"Combat Butler" Returns For Round Three 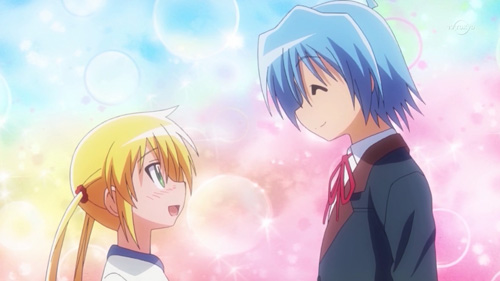 Japan's funniest cartoon about butlers is making his television return!

According to the "99th volume" of Hayate The Combat Butler (which is only available to those who see the butler's debut movie Heaven is a Place on Earth) a third season has been officially green-lit into production. The head editor of Hayate and Nagi's adventures Takashi Kumagai had revealed in January that the next step after the film had already been put into motion, and the manga creator Kenjiro Hata had posted (in English, surprisingly) that a third season was to start production back in April.

Hayate The Combat Butler follows a boy named Hayate who must pay off a 156 million yen debt by serving as a butler for a girl named Nagi. Viz Media has licensed the manga, and Bandai Entertainment has been distributing the first season in America. Both seasons are available to view on Crunchyroll.

Death Has Never Been So Cute! [Vid...

No Podcast This Week