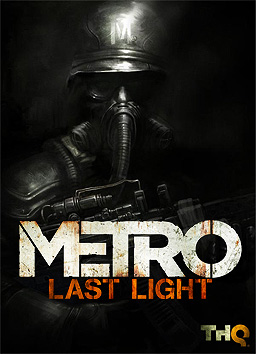 Metro 2033 was one of last year's scariest first-person shooters out there, but 4A Games and THQ are looking to up the ante with the sequel Metro: Last Light. At E3 I had the chance to view a video demonstration of the first few minutes of the game. When I left the subway-styled booth I was blown away by what I had seen.

Last Light is set after the events of the bad ending of Metro 2033, where Aryon allowed the missiles to fire on the Dark Ones. The city's only power supply is the remaining D6 weapons, and you are forced to survive during the darkest hour in war-scarred Russia. The demo begins with you climbing down a sewer hole, and entering a well-lit room. After shooting the lights out you have to sneak up on the guards and kill them before they notice you're there. A firefight will ensue, so Aryon will have to duck and cover in order to battle it out with the guards. Once cleared you'll enter the guard station and grab a machine gun turret, which will help lay waste to any of the opposing forces that want to enter and take you down. 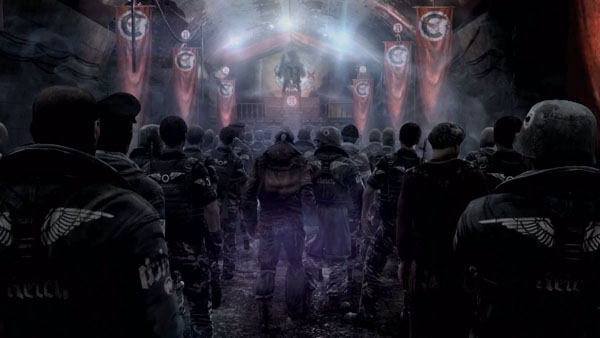 The developers then jumped to another section of the game, where you infiltrate a military rally. You meet up with Khan, who tells Aryon his plan to blend in with the other soldiers in order to take down the leader. Slowly you maneuver through the crowd, making sure to not look ever-so suspicious. Suddenly two guards appear at the leader's post, warning him that someone has snuck in. Quickly Khan pulls out his revolver and fires into the air, making the soldiers disperse and giving you and him enough room to escape through the underground town.

The graphics in Metro: Last Light so far look stellar, even in its pre-alpha stage, and the soundtrack used to create the aura of the title was standout. Even the tiniest crunch of soil beneath your feet could be heard as you walk through the darkness. However I am still curious to see how the game acts hands-on, as there needs to be a good control scheme to make the title deemed playable. Though an official release date has yet to be announced we know that it will be available sometime in 2012 on the Xbox 360, PS3, Wii U and PC. This will give gamers plenty of time to get used to the darkness, and prepare themselves to find the brightest moment of hope in Metro: Last Light.