Last year, one of the games that defined multi-player first-person shooters on consoles got remade for the Wii.  Today, Activision has not only announced a release date for the HD version of the game, coming to Xbox 360 and PS3, but also a special bundle specifically featuring the Playstation Move.  I am, of course, referring to Goldeneye 007: Reloaded, the remake of the classic N64 hit which still sits inside the console hooked up in my bedroom. 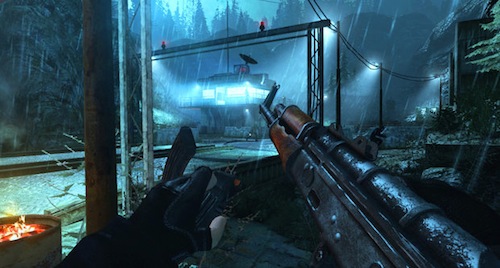 Goldeneye 007: Reloaded is an HD remastering of the Wii title released last year.  If you are a fan of the original game, or an FPS fan who happens to enjoy Mi6’s most famous agent, I would recommend this game to you.  It not only has retooled versions of the single-player missions, but features 16-player multiplayer.  Reloaded also has some brand new features, aside from running at 60 frames-per-second, it has a new mode called Mi6 Ops Missions.  These missions, similar to the Special Ops mode of Modern Warfare 2 fame, puts the players back into environments from the story missions with specific objectives like Assault and Stealth.

As a huge fan of the original game, the Wii game was a ton of fun.  The point and shoot controls were awesome as well, and should translate quite well to the Move.  Add to that, the online multiplayer experience that the HD consoles can offer for the game and I may not emerge from my apartment for quite a while after this game comes out.  Both Goldeneye 007: Reloaded and the PS3 exclusive bundle are both launching November 1st.  If you want to see me then, I’ll be the one throwing a hat at you as Oddjob.  For the full press release hit the link.

Lord of Apocalypse Trailer- a Japa...