Do a Barrel Roll In 3D

Looking back on the Nintendo 64, there are quite a few games that stand out as becoming instant classics that are beloved even today.  I don’t need to tell you that Star Fox 64 is one of those games.  It was the game that was prepackaged with the rumble pack, now a standard feature in most controllers, and it featured a fully-voiced script.  So, when Nintendo announced the two N64 games that were getting remade for the 3DS, I couldn’t have been happier about their choices, but how does the game hold up and how good of a job did they do with the remake? 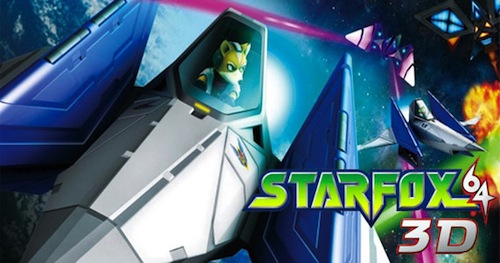 Star Fox 64 3D is not a very long game.  Looking back at the original, this was actually one of the things I loved about it.  It is exceptionally rare to have a game that you can beat in a single sitting and I can see where this could potentially be a problem.  If you can beat it in around an hour, then why would you want to keep playing it?  Not only are there several different combinations of paths you can take through the single-player, but that game is well-balanced enough and exciting enough that I being able to feel like you’ve accomplished something in that sitting is enough to keep me coming back for more.

That being said, there have been several new things added to the game that have increased the re-playability.  The Battle Mode been updated to include your face as you battle and different battle mode types, including the battling for points, for an amount of time, or until everyone else is down.  There is no online multiplayer, but they have included the ability to play against bots if you don’t have anyone nearby to play with.

Also included is a new score attack mode for the single-player missions which allows you to play any specific level from the main game in an attempt to get a medal.  What’s even better about this is that these medals are not the same as the ones earned by playing the normal single-player mode, so there are twice the number to earn.  Even more depth is achieved by using the gyro sensor to control the various vehicles you’ll use in the campaign.  These controls can be used exclusively, excluded or used in conjunction with the normal controls. 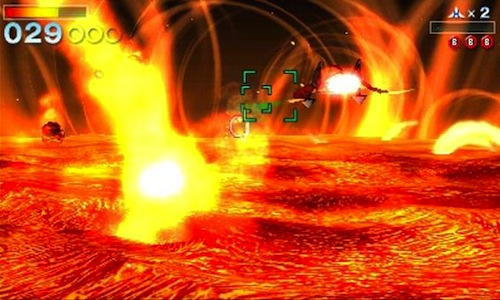 Trying out the gyro controls, they felt pretty good, but didn’t add anything too special.  The one exclusion would be when you use them without ever touching the analog stick, which adds a layer of difficulty.  It’s a ton of fun to see if you can make it to the end of a level without falling on the crutch of the stick.

One of my personal favorite things about the original game was the intense soundtrack and slightly campy vocals.  This is, in my opinion, the one area where the ball has been dropped for this port.  All of the music and voice work have been re-recorded, most likely to increase the quality of the audio, but there were a few things lost in the translation.  The music has been re-orchestrated and they did a fine job of capturing making sure the songs sound like they did before, but the music just doesn’t have the same punch it did before.  I found myself putting on headphones and turning it up full-blast and still not being satisfied with the impact of the music.

The voiceover work in the original, I’ll be honest, was not academy award winning work.  The new recording, if they got different people, sound very much like the original actors, which is definitely a good thing.  The only issue, is that for several of the lines, it feels like the actor was handed a piece of paper and told to “say these words” instead of being instructed to “perform these lines”.  One in particular involves the reveal of Andross when you get to him at the end.  In the original, he gives you a very convincing evil laugh.  In Star Fox 64 3D it literally sounds like the script said “Ha ha ha” and the actor read it exactly as written. 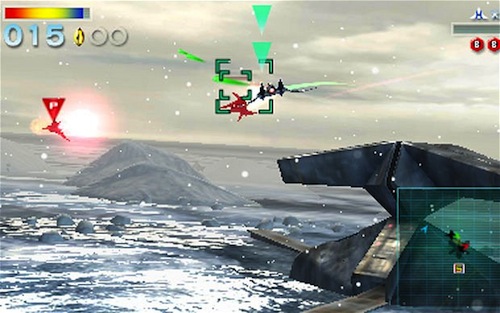 All in all, the small issues that I have with the game are nit picky things that would only bug a die hard fan.  Even with these issues, this is still an amazing game that is worth your time whether or not you’ve played the game before.  The graphics have been overhauled and it looks amazing, with special mention going to the liquid effects and textures on the ground.  The 3D is quite well done and adds a lot of excitement to the game, as long as you’re not using the gyro sensor.  I will admit that my eyes got more tired playing this game than it has with others, but turning it down to just a fraction above off helps fend that off, while still keeping the 3D in effect.

If your’e a fan of the original, then this port is definitely worth your time.  If you’ve never played this game before, then you need to immediately go play it, whether it be this port of the original N64 version.  Remember, if you’re under heavy fire on the way to the store then there’s only one thing to do...  Do a barrel roll!  Good luck...