This Review Contains Scenes of Explicit Violence and Gore

There is a video game series, one of my personal favorites, that is also quite dangerous.  The danger lies in the fact that if I sit down and start a session with with one of the games, I tend to play until I beat it.  When I noticed last week that Resident Evil 4 HD was on sale for half off, if you have Playstation Plus, and I picked it up, this very phenomenon occurred.  I now own this game three times and I’m okay with it. 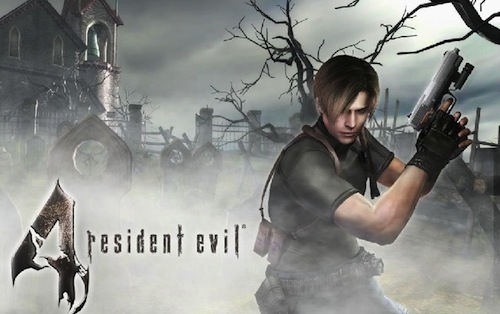 Okay, I’ll admit that I have an unnatural love for the Resident Evil series.  Knowing this, I swore to myself that twenty dollars was too much to ask to own Resident Evil 4 for a third time.  When I saw it for half that, it broke me right then and there, and I’m glad because I had a blast playing through it again.

If you’ve played it already, I don’t need to tell you that this is a beautiful game.  The detail given to the character models and environment paint a picture of both grime and beauty and I’m still talking about the Gamecube version.  Now, they’ve given it a fresh coat of paint and upscaled the whole thing to HD.  Right off the bat, it’s easy to tell how much better this version looks and it does a great job of reinvigorating the game.  Add to that, trophy/achievement support gives another reason to come back.  The one thing that bummed me out a little bit was that it doesn’t have a full set of trophies/achievements.  Kind of nit picky, but it would have made it even more worth the additional play-through. 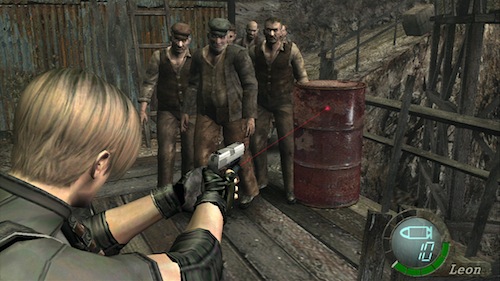 All too often, a six-year-old game doesn’t age particularly well.  This is not the case with Resident Evil 4.  The gameplay that revolutionized third-person shooting is still tons of fun.  It does take a few minutes to get the hang of the controls again after years of playing Gears of War and Dead Space, but once it clicks in your head, it’s time to party like it’s 2005.  The one thing that would have made this package perfect would be if they have added Playstation Move support.  With the Wii version of the game already existing, it doesn’t seem like it would have been too hard to include the motion-based controls.  Either way, the game still feels great to play and the action is thrilling.

If you’ve played this game before and you’re looking to play the prettiest version of the game, then this might just be for you. It contains every extra mode produced for it and even features a leaderboard with best times and scores for the various game modes.  If you haven’t played this game before, then, whether it’s this version of the game or not, you need to play this piece of genre-defining history at your earliest convenience.  It is quite possibly one of the best games I have ever had the pleasure of owning thrice.  Just one warning to those newcomers out there.  You will not notice a chainsaw guy coming and he will chainsaw off your head.  It will scare the crap out of you.  Just thought you should know.