Whenever the big video games as art debate is brought up, there are a number games that are mentioned. Now, in one convenient package, you can pick up both of the titles that are always mentioned. Ico & Shadow of the Colossus Collection combines these two PS2 classics, both of which are among my personal favorites, and upscales them to your HD television. Did Team Ico do an admirable job of bringing these iconic titles to high definition, or are they a simple port of the games you played last generation? 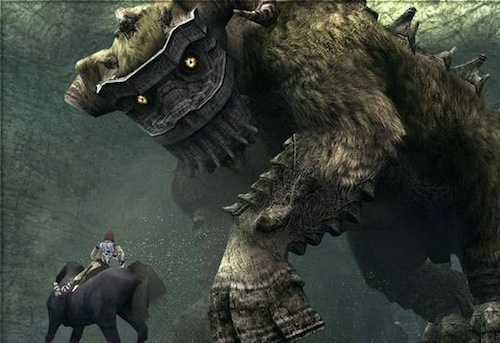 It has to be said, before I begin, that if you’ve never had the pleasure of playing these games before, then you are doing yourself a disservice and I highly recommend seeking them out as soon as possible. Each game is beautiful, in several ways, right down to their core. Everything from the barren, yet detailed and gorgeous environments, to the moody musical scores, ooze personality. Even the stories of both games, though relatively simple, have so much more meaning behind them, you could dissect them for hours.

When it comes down to it though, I’m not here to talk about how awesome those games were, I’m here to talk about whether this particular package does them justice. I am pleased to report that this is one of the best HD remaster packages I have played. The upscaled graphics of each game will have you seriously doubting that these games are ten and six years-old respectively. While the cut-scenes are not nearly as crisp as their in-game counterparts, they provide a nice foil to judge just how good a job was done of the upscale.

For those of you with 3D TVs out there, you’re in for even more of a treat. This package supports stereoscopic 3D and, although I had to flip my imagination switch as I do not have a 3D TV, the games look to be a perfect match for this feature. From climbing colossi, to riding a mine cart past castle spires, the environments lend themselves very well to 3D elements. For those that enjoy the sultry tones of the games, you can also partake of them in 7.1 surround sound. It also has full game-sized trophy support for both Ico and Shadow of the Colossus. If you’re lacking in gold trophies, Ico is packed to them brim with them, so you’re in for luck. Be warned though, that most of them are fairly difficult, exempting the story progression trophies.

As far as bonus content goes, they included about as much as you could expect them.  There are several behind the scenes videos for each game, including their upcoming The Last Guardian, and dynamic themes based on each game. Some additional features, only released for the European version of Ico, have also been included. After completion of the game, a second players option opens up and a real person can take the reins of Yorda. Pretty awesome to be able to have someone take the AI out of the equation.

I try to be as wary as I can of any of these so-called HD remaster titles. Sometimes a coat of shiny paint just isn’t enough to warrant a second purchase of a game, no matter how much you enjoyed it before. I’m glad to say that Bluepoint Games, the developer in charge of the port, also famous for their port of the first two God of War games, knows what they’re doing. The games look great and Team Ico made sure there is plenty there to get you to come climbing, stabbing and puzzling back for more. If you haven’t played these games before then I highly recommend this collection as a buy. If you’ve played, and loved, these games before, they’re still well worth reinvesting and experiencing again. Now the long wait begins again as I continue to pine for The Last Guardian. Nope, still not out yet.

Get Your Moves Ready for Dance Cen...