The Legend of Innovation: Part 1

Some video game series tend to fall into a comfortable pattern. As long as innovation still occurs and the things that make them great are improved upon, the games stay largely the same. When a developer has the guts to step out of their comfort zone, the rewards can often far outweigh the risks if it’s done right. While a lot of games in the Legend of Zelda series are very similar to the formula laid out by A Link to the Past, there are a few that stand out as games that dared to be different. With The Legend of Zelda: Skyward Sword, the first fully motion-controlled title in the series coming soon, I wanted to honor some of the others that went against the grain. Today, I’m going to start by talking a little about The Legend of Zelda: Phantom Hourglass. 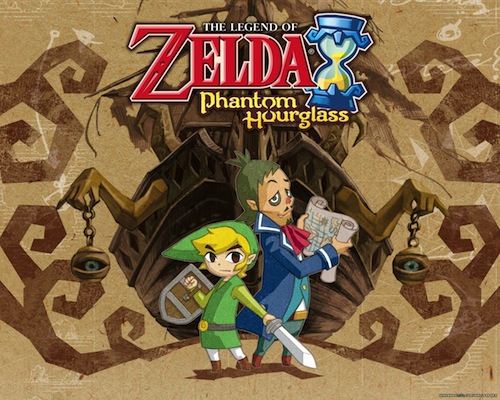 With a game as good as The Legend of Zelda: Link’s Awakening, both the bar and formula had been set for portable games in the series. Top-down action, item collecting and dungeon exploring adventures ensued. When Nintendo released the DS in 2004, they swore that all their big games were going to get the touch-screen treatment. If you told me back then that there was going to be an awesome Zelda game that required you to use mostly the touch screen to control it, I would have called you a fool and thrown a glass of water in your face.

While I honestly never quite got to the point where I could roll whenever I wanted to,  every other control was pulled off without a hitch. Moving by dragging the stylus feels natural, swinging your sword by slicing with the stylus is easy and fun and you can draw a path for your freaking boomerang. It would have been easy for Nintendo to have taken the easy route and allow you to control Link with the d-pad. Instead, they managed to not only make it work, they made it work well. Even the boat you sail around the world can be directed by simply drawing a path on a map. You can then enjoy the scenery and blast some octoroks on your way. While a bit controversial, the dungeon visited over and over with an added time limit each time, was an idea that I enjoyed. While a bit frustrating at times, it’s a great mechanism for testing the skills you’ve picked up elsewhere during the game.

Revolutionary control scheme aside, as a direct sequel to Wind Waker, the graphics are amazing. The colorful cel-shaded graphics have very few equals in the life of the system and fit perfectly with the theme the game portrays. Equally as colorful are the characters the story has to offer. Linebeck, the captain of the ship Link sails throughout the game, falls into a short list of Zelda characters in which I ended up being truly invested. The story itself has all the usual Zelda trappings, but does a great job of continuing upon the story set up in Wind Waker, which just goes to show you that any game linked either directly or indirectly to Ocarina of Time automatically gets bonus points.

In the end, the lesson that The Legend of Zelda: Phantom Hourglass has to teach is a powerful one. While taking a chance doesn’t always work out, I’m not naming any names Star Fox Command, when it does, it can revitalize a series and make it feel fresh again. In three days, I’ll continue my tribute by tatling on a Zelda game that involves a mean-looking moon. That’s right, there were three Majora’s Mask references in the last sentence.