The Legend of Innovation: Part 2

After The Legend of Zelda: Ocarina of Time was given, as a wonderful gift, to the world, Nintendo was faced with a huge problem. I can see them sitting there at a conference table, faces buried in their hands, trying to figure out exactly how they’re going to top their previous effort. This is the how The Legend of Zelda: Majora’s Mask was born. While topping Ocarina of Time seems almost impossible, giving it their best effort, they created one of the most unique and risky titles in the series to date. 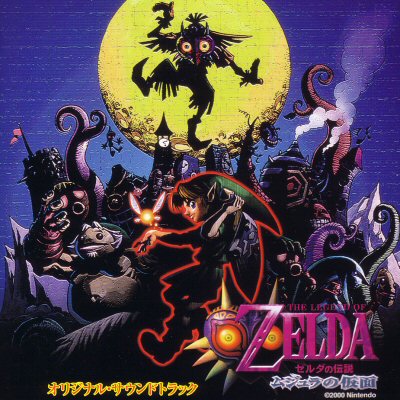 Up until that time, there was a fairly predictable formula as to how a Zelda title was going to shake down: Princess Zelda is kidnapped, go to dungeons to collect items and rescue Zelda. The first noticeable difference here is that, save for a flashback or two, Zelda isn’t even in this game. The next difference comes in the timeline of the game.  Essentially, a very evil mask, Majora’s mask, has been stolen by a character called Skull Kid. After putting on the mask, he has gone crazy and decided that he will destroy the world in three days by crashing the moon into the Earth. You have those three days to stop him, but you can travel forward and backward though the days using your trusty ocarina of time.

This time travel feature, the most controversial new feature in the game, seemed to be either loved or hated by everyone. I personally fall into the camp that loved it. While all of the previous games in the series certainly did a great job of creating an interesting and vibrant world, in Majora’s Mask we had a living and breathing world full of people living out their everyday lives. This brought out tons of opportunities for time-based side-quests. They were a bit frustrating to try again if messed up, but it really added more of a feeling of immersion in the world. You could meet characters throughout the world and help them solve their problems, tracking your progress with a notebook.

As you might imagine, collecting masks was a large part of the game. There were twenty-four of them in all, with four of them allowing Link to transform and gain new abilities. Three of them morphed our hero into some of the different creatures around the world: Deku Link could shoot bubbles and skip on water, Goron Link could roll around and walk in lava and Zora Link could swim fast and throw boomerangs from his arms. These are just a few of the extra abilities each mask had and if you managed to collect them all, you were given access to the Fierce Deity Mask which turns Link into a badass with a helix-shaped sword.

One of my favorite things about the game was the story. The theme of time travel and its relevance to the story could be picked apart forever. I won’t go much further into detail, so I won’t ruin it for anyone who hasn’t played it yet, suffice it to say there are darker themes at play than in most Zelda games. It has a mildly creepy feeling, while remaining able to keep a good sense of humor about it all. Walking through the city, talking to the various citizens, there’s almost something dreamlike about it. The villain, Majora’s Mask, is one of my favorites of the series for one good reason: Ganondorf may be villain enough to want to rule the world, but only a real villain has the guts to actually try to destroy it.

The Legend of Zelda: Majora’s Mask is a perfect example of a game that, in an attempt to follow up its legendary predecessor, dared to be different. The result was one of the best games the Nintendo 64 had to offer and one of my favorite titles of all time. With The Legend of Zelda: Skyward Sword promising the same thing, I can do nothing but look forward to the swan song of a system built on the concept of innovation. One thing Majora’s Mask could’ve used was the ability to play it in 3D. Hint hint Nintendo.