Thinking back to the history of sequels, it’s a rare treat when they are just as good as their predecessor.  Even more rare are the sequels that far surpass what came before them.  The Uncharted series started with a bang and brought cinematic action to the Playstation 3 in a time when it truly needed a hit.  It was a fantastic game, so when a sequel was announced, it was hard to imagine it being much better.  Thankfully, what came of that situation was one of the best games to have been released on the Playstation 3. 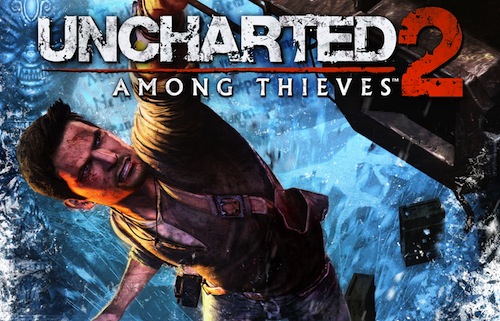 It’s easy to take a well-known franchise, slap a new backdrop on it and call it a sequel.  While the location, or should I say many locations, of Uncharted 2: Among Thieves are very different than the original, the upgrades made to the series only start there.  With boosts to graphics, controls, storyline, interactivity and replay value, Naughty Dog managed to hit it out of the park with Nathan Drake’s second adventure.

Believe it or not, Uncharted: Drake’s Fortune was not only my first PS3 game, it was the first title I ever owned that was in HD.  It was truly no slouch in the graphics department and featured some amazing water effects.  Hearing from a few folks who got their hands on Uncharted 2 early that the graphics were better than original, I was a bit skeptical.  After popping in the new game and picking my jaw up off the ground, I had to admit that the graphics were sharper and more polished by a wide margin.  Water effects were replaced with even more impressive snow effects and load times were reduced to almost zero.

In Drake’s Fortune, there were several great moments where you got to control Nathan during an intense action sequence.  Uncharted 2, on the other hand, only had one: the entire game.  The action flowed from one scene to the next and had you doing things like running away from a truck in an alley and having a shootout in a collapsing building.  The story blended so well with the action that it literally felt like you were playing an action movie.  Even the controls felt a lot more tight, which helps a lot while you’re climbing up a train that’s falling off a cliff.

A good multiplayer mode is hard to come by, especially in a game with such a solid single player offering.  Naughty Dog rose to the challenge with Among Thieves and created one that combines the fun gameplay of the main game with the customization and progression offered by some of the best multiplayer-focused games.

Approximately two years later, the game was followed by Uncharted 3: Drake’s Deception.  Continuing the trend by changing the venue and upping the ante yet again, the third installation in the series exceeds expectations yet again.  The story gives us a look at Drake’s past, the snow is replaced by desert sands and you get to run through a house that’s burning down.  The multiplayer makes a return as well with a lot of extra content and another chance to see a skeletal version of Sir Francis Drake running around with a machine gun.  Who could pass all that up?  I couldn’t, so it earns a spot as one of my favorite games of this year.  Check back soon for the final pre-game in my top five of 2011.  Happy new year!