Ghibli Mesmerizes With Its "Secret World" 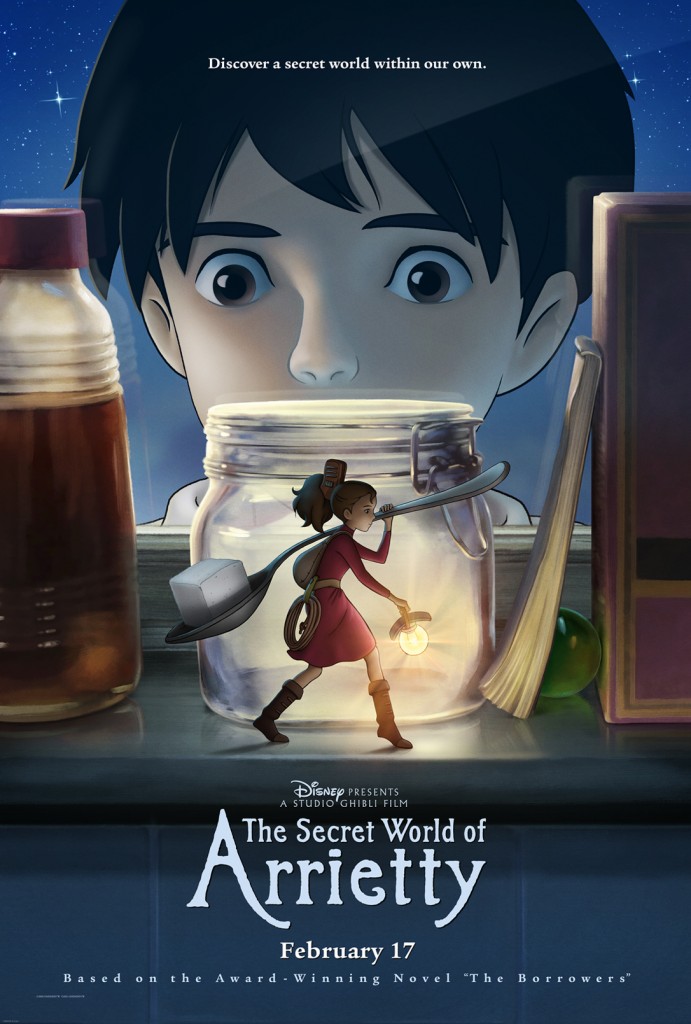 It's a well-known fact that just about anything that involves Hayao Miyazaki and his production company Studio Ghibli will always be worth its weight in gold. Even if it isn't 100% good there is something about one of their films that makes it worth watching more than once. Such is the case with the latest from Ghibli: The Secret World of Arrietty.

Arrietty adapts Mary Norton's beloved novel The Borrowers, with a couple changes to the story. Taking place in the outskirts of Tokyo we first meet Shawn (David Henrie), who comes back to where his mother grew up to await heart surgery. While waiting outside he believes to have seen a tiny person in the grass, who winds up being young Arrietty (Bridgit Mendler), out searching for plants to bring back to her room under the house. Arrietty and her parents Homily & Pod (played by real-life couple Amy Poeler and Will Arnett) are borrowers, little people who only take things to survive, so long as they're items that the big people (known as "beans"). They have one major rule, though: if a borrower is sighted by a bean, then everyone must move in fear of being caught by the tall ones. 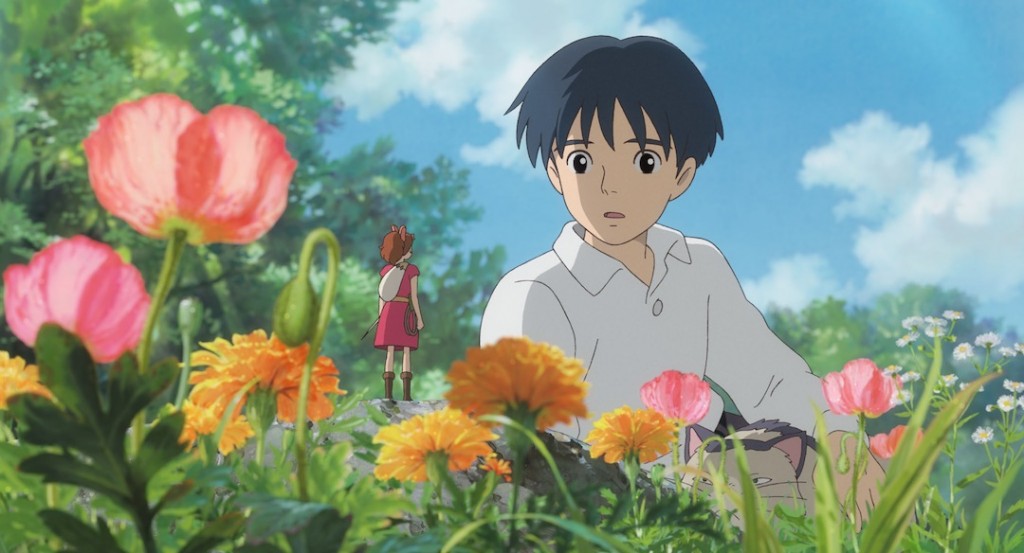 Pod takes Arrietty out on her first borrowing, where she is spotted yet again by Shawn. He tells her not to be afraid, but her instincts tell her to run away. As time goes by Shawn tries his best to earn Arrietty's trust, while his caretaker Hara (Carol Burnett) becomes more and more suspicious of his actions. He finally earns Arrietty's trust while speaking with her about his heart condition, and how he seems to not care if the surgery is a success or not. Unfortunately when more important things start disappearing Hara's instincts kick in, and discovers Homily under one of the floor boards in the closet...

I would like to point out the weakest part of the film: its pacing. The story as a whole is very well-told, with enough character development to give viewers a good idea as to who these people are. However the moments where Arrietty starts earning Shawn's trust seemed rushed. In all honesty it's one of those rare situations where a film could have benefitted more if it was longer, especially between the periods of Arrietty starting to put her confidence in Shawn, and when the two become close enough to be considered friends. It's a key factor that keeps The Secret World of Arrietty to just good levels instead of the greatness that we've come to expect from Studio Ghibli, shocking considering it was Miyazaki that adapted it himself from Norton's original book. 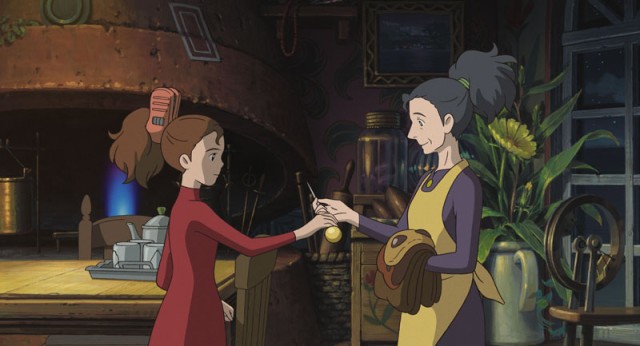 As a visual piece Arrietty is a gem to watch. The attention to details in the worlds of the borrowers and the beans is unlike anything I've seen in recent animated films, making it the best-looking movie Studio Ghibli has ever put out. How Arriety's room looks with the giant leaves and berries made me think of how Max's room was slowly transforming into a forest in the classic book Where The Wild Things Are, and the dollhouse found in Shawn's room dazzles with its bright colors and shiny objects. The tea in the borrowers' kettle coming out in droplets rather than a long stream shows how much care and precision was put into animating these actions realistically. It makes me look forward to seeing what first-time director Hiromasa Yonebayashi has in store next over at Studio Ghibli.

Disney's English dub of the film has its moments, both good and bad. Bridgit Mendler and David Henrie showcased a good chemistry as Arrietty and Shawn, with enough realistic emphasis on the emotions the characters were feeling at the time. Amy Poehler's take on Homily was very humorous, especially during her panicky moments and when she pushed the overreacting to the extreme. Carol Burnett's role as Hara took some time getting into, but once the crazy had to be pushed to its limits she ran away with just about every scene she was in. As much as it hurts to say, sadly, Will Arnett's Pod lacked any feelings whatsoever, as if he was merely just reading his lines from the script. His performance was the weakest of the bunch, a shame considering the real talent Arnett has. If only they had kept Mark Strong in the US dub (as the UK dub has an entirely different cast). 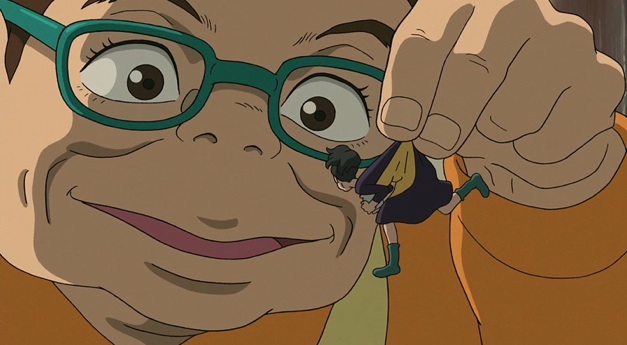 The biggest thumb's up has to go to Arrietty's score and sound design. Composed by French musician Cécile Corbel the musical score had a wonderful Celtic feel to it; the opening and closing themes by Corbel were also beautifully sung. Hearing the roaring rain, the clinking of tiny porcelain cups, and the squeaking of weighted spools gave the film an extra boost in the atmospheric areas of the film, and the surround sound helped make it feel like we were in the room with these borrowers. The only downside of the sound, since it's Disney releasing it, is they had to have Mendler do a special song for the English dub called "Summertime." While the song is decent -- and I say that in the mildest of ways -- it did not fit at all with this movie.

The Secret World of Arrietty may have its flaws, but its strong points help make it a film worth watching more than once. It may not be on par with past Ghibli movies when comparing its storylines, but in regards to its animation quality it stands high above all the other films. Given what they have to compete with, even a flawed Studio Ghibli is still better than most of the other animated films that's shoveled out every year.

How to build a computer: Motherboa...