Monday has come again, and with that another episode of the ESH Podcast. The Sistahs talk about some news about PAX EAST and it's future in the hometown back yard Boston. Panda talks about what the news means for the area and also for the Penny Arcade Expo itself.

Panda breaks the most awesome news relating to the music lineup for this year's event, but why put it in print here when you could just listen to the episode.

- Those were her thoughts exactly-

Ninjasistah brings some anime into the mix with her recollection of the fan service infused series called Rosario + Vampire. 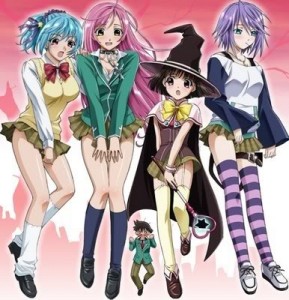 Here are the loser titles that didn't make the cut this week:

The Only Movement Gamers Are Interested In Is Occupy Mom's Basement

You Are Cordially Invited To Check Out Panda's Bazongas

Not Only Is His IQ Rising

So...submitted for your approval, by the midnight ESH society. I present to you..ESH Podcast episode # 281: We're Gonna Party like it's 2023

Ghibli Mesmerizes With Its "S...

Who the Heck Are Tokyo Jihen?