HomeVideo GamesThe Tester Is Back - This Time With Real Bugs
by: Hamsterman2049
0
Video Games

The Tester Is Back - This Time With Real Bugs

Admission time, I watch The Tester whenever they launch a new season.  While it certainly wouldn’t win any awards, the show has been entertaining enough to check out when it goes live on PSN.  Yesterday, they launched the third season of the aforementioned show and it looks to be, yet again, a pretty fun ride. 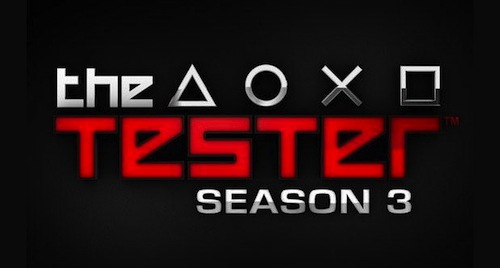 At this point, we’ve all at one time or another gotten into a reality game show.  Whether it was Survivor or The Amazing Race, there’s something disgustingly addictive about seeing all of those people through to the end of whatever contest that particular show is all about.  The thing that appeals to me about The Tester in particular, is that the whole show is about video games.  The challenges that the competitors do in every episode, the stuff they do in their spare time, the thing they all have in common is video games.

When they cast the show, Sony always has a little contest where one cast member gets voted in by the website.  Egoraptor, purveyor of hilarious online videos, was the winner of this popularity contest.  The rest of the cast members this year are definitely some interesting characters as well, with a few of them having plenty of energy to spare.

In the first episode, they spent most of the time introducing all of the cast members so that you can get to know everyone, so there’s not much in the way of excitement.  The challenge they get put through in this episode was a little disappointing, mainly because it had very little to do with games.  In a move straight out of the Fear Factor playbook, they made each cast member have an interview for their tester job with their head in a glass case full of hissing cockroaches.  Even more disappointing, everyone seemed pretty okay with it.

In the second season, there was a cast member who went by Big Fazeek.  This guy spent the majority of the season openly mocking and taunting everyone else on the show and while no one in this season comes even close to being that bad, there is definitely some potential for drama.  Contestant RealityPalez is particularly cocky about his knowledge of the gaming industry, but is able to back it up.  The real potential for some drama in this season comes from who loses and who doesn’t in this first episode, but I won’t spoil that for those who want to watch.

If you want to catch up on the series, the entirety of it is available for free on PSN and episodes of the current season will be rolling out weekly from this point on.  It’s looking like it’ll be a good season with guest stars like David Jaffe and Nolan North guest paneling episodes.  So, if you’re a fan of reality TV or or Playstation products, you should check out this season of The Tester on PSN.