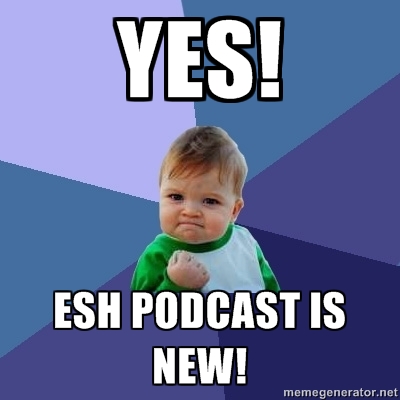 If you've been listening to the last two episodes you'll notice an on-going trend: Mass Effect 3. First came the "Hype-isode", where they talked about the building hype for the playable demo. Next came the "Experience-isode" where both sistahs played the demo from two perspectives and shared that. Lastly comes this piece, which shall be deemed the "Play-isode"

Ninja announced off the bat that there would be minor spoilers. Pandalicious, coming back from Pandemic 2012 feeling better enough to take on this beast of the show, took a silent observer approach and attempted to keep her knowledge to herself. --It is a lot harder than it sounds--

Panda also talks about some of the negativity and haterade that has been flying around since Bioware's final installment dropped.

Did the sistahs maintain their initial paragon stance and stay spoiler free? Or Did they do the renegade thing and hide spoiler proximity mines for the masses to fall on?

Guess you'll have to listen and find out.

Here are the titles that didn't make it to the final push to the gate this week:

Freddie Prinze Jr., Where Did You Go?

I'm Trying to Save the Universe, But First a Little Comic Relief

The Real Mass Effect Appears to Be Haterade

Mass Effect Is Not a Muppets Movie

So prepare to play this audio file while jumping through the some serious Mass Relays. It is time for ESH Podcast Episode #283: I Might Not Be Commander Right, But I'm Commander Right Now.

Did You Know There Was an American...