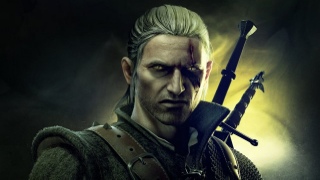 Day one of my PAX East experience started with Agnieszka Szóstak, the Marketing Specialist for CD Projekt RED...the fine folks behind The Witcher 2 and The Witcher 2: Assassins of Kings Enhanced Edition

"We listened to the feedback we got from our community [going into] Witcher 2" said Szóstak, "they told us that the last act of the game was a little short, and the ending wasn't as satisfying as it could be, so Witcher 2: Assassins of Kings we fixed this." CD Projekt RED promises an added 4 hours of gameplay over the first outing, as well as over 100 different gameplay elements they tweaked – or just flat out fixed – from The Witcher 2 in Assassins of Kings. Ms. Szóstak added, "We've added new characters, new levels and weapons we really hope players will enjoy...like a Brigita."

Ms. Szóstak explained that Brigita is a character players will meet and have to escort through a forest level. "I don't want to give [too much] away, but Brigita has a really deep storyline and is a very interesting character." As we talked, Ms. Szóstak made it clear that you don't have to have played the previous games to jump into The Witcher 2: Assassins of Kings. The game has a short story intro that will bring any new players to the platform up to speed with Geralt (the lead character in the game) and how they arrived at the spot where The Witcher 2's begins.

Assassins of Kings was designed for the PC but CD Projekt RED had their eye on the XBox 360 community at the same time. "We didn't want to just take what we were building for the PC and port it to the Xbox. We wanted to make an experience just as rich and [thought out] for the XBox players as our PC players." Ms. Szóstak told me that PC players can use their XBox 360 controllers to play the game on their gaming rigs with the same ease of use as the console players, and that the console version has been optimized to work well with the button limitation on the controller. "You can control the camera manually on the Xbox 360 version of the game if you want using the analog stick, or have it move dynamically with the player which allows for single handed movement control in the game" added Ms. Szóstak.

Assassins of Kings continues to offer varied endings to its story based on decisions players make throughout the game (like the Mass Effect series), "so multiple play throughs are needed to get the full experience." "But we aren't forgetting our PC fans. Those that bought and played the previous Witcher 2 will get all of the Assassins of Kings content for free." Ms. Szóstak noted it was an element that sets CD Projekt RED apart from other dev houses and she's right; few houses offer a completely updated full version of their game to previous owners at no cost, but the team at CD Projekt RED appreciate the people that buy and play their games, and this is their "thank you" to those people who support what they create.

And even though I haven't touched a Witcher game since the first title, that right there, sold me on pre-ordering the game right now. (But for the XBox 360)

The Witcher 2: Assassins of Kings drops on April 17th simultaneously on the PC and Xbox 360 in the US.