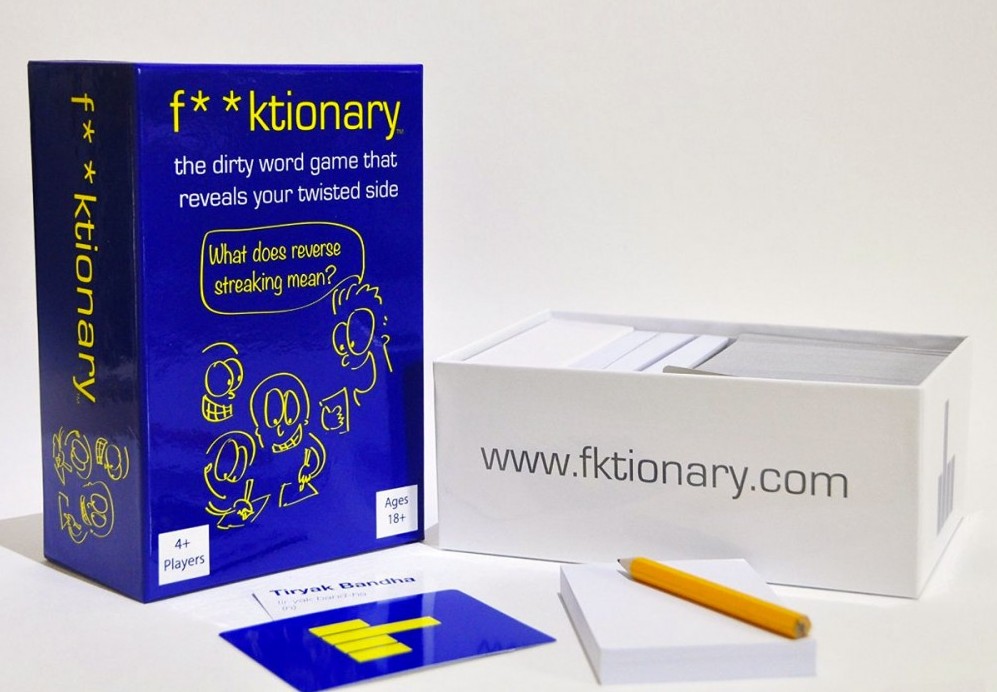 PAX East 2015 has come and gone, and left many a gamer happy and satisfied. The show floor was packed full of people eager to see what the industry held in store for them for the coming year. As far as the eye could see, there were games of all types to be played and enjoyed. One game in particular personally stood out for me as what could be the next big party game.

F**ktionary had a setup over with the tabletop games at PAX East next to other popular party games like Cards Against Humanity, and is well on it’s way to becoming just as big. The premise of the game is for one player to pick a card with a random word, and the definition of said word on it. It can be a noun, adjective, or verb. Then, all the other players take a guess at the definition of said word.

You might be thinking “Ok… where’s the fun in that?” What I haven’t told you yet, is that the words are all dirty. They’re the type of words you might find on Urban Dictionary. The goal for the other players is to come up with a sick and twisted definition for the sick and twisted word. I did a few test rounds at their booth to get a feel for the game and I had to have it after just a few rounds.

To keep the article all ages appropriate, I won’t give you the answers and words chosen during our gameplay. Trust me when I say that this game is brilliant. Not only will you learn something, you’ll laugh to the point of stomach cramps in the process. And who doesn’t love a good, agonizing belly laugh?

This isn’t a game for children though, folks. It is indeed marketed to those that are 18 years of age and older, so don’t get this game for your nephew Timmy thinking he’ll learn something. Sure, he very well might learn a thing or two - but it’ll be the type of thing or two that’ll get him suspended from show and tell for the next few weeks.


That being said, I highly recommend that anyone who enjoys a good party game pick this up. It’s fun, it’s filthy, and you’ll learn the definition of what a “jackgagger” is, along with many other colorful terms. If you didn’t pick up a copy at PAX East, you can get yourself a copy on Amazon, or by visiting their website www.fktionary.com. Thanks for reading!
Share With:

Elite: Dangerous Brings All the Sp...