If you're a long-time reader of the ElectricSistaHood site, you may have noticed that we have started covering comics much more broadly. Although we have often talked about comics on the weekly podcast, we have now increased coverage of the subject with a weekly column. Twitter followers have probably also noticed an increase in coverage there as well.

Of course, as part of our anime coverage, we have talked about manga for a long time. I’ve made reference to comics I have read, books that I have read, graphic novels and things like that that have always interested me, whether they’re from the DC side or the Marvel side.

A big motivator for our increase in coverage is that comics have become so much more widely available, so much more engaged with. Movies and video games based on comics are introducing them to whole new generations of people. Some of them don't even know the original story was from a comic book. It really made a lot of sense to make comics part of what we talk about regularly as opposed to a thing that we start to get into and then have t go, “But that’s not this podcast — we won’t talk about that.” 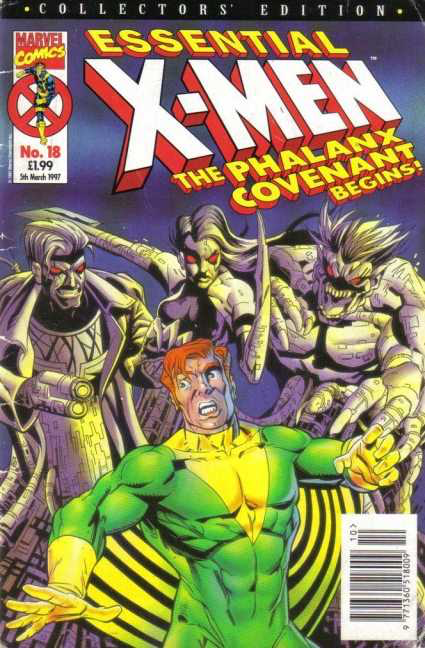 We don't intend on talking about comics as a separate section on the podcast -- not on a regular basis. If there's something that fits into the overall theme or conversation, we’ll talk about it. When we want to talk about the next Avengers movie, it’s going to make sense to talk about the Avengers comics that led me into exploring X-Factor and X-Men and what the new universes mean and things like that, but I don’t see us making specific comic book episodes or carving out a specific comics section on the show.

At the time I was reading those, the only place I could find comics was Toys”R”Us, so I would plead every week for my mom to take me to Toys”R”Us. She thought I was looking at video games -- they kept the comics on the same aisle as the video games for the Nintendo systems.

I had never seen a powerful, black female character before who was going through really turbulent things and had support of people around her like Storm, so I think that’s part of the reason I gravitated toward those books. I felt bad for Rogue and I even felt bad for Jean Grey. When all the Phoenix stuff happened, I felt even worse. 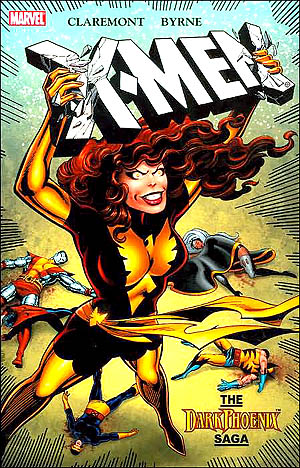 You started feeling some great emotional stories being told in this vibrant medium, in these panels that were super-detailed. It was a lot of creative story coming at you that I just enjoyed.

I was real hot and heavy with those until I was about 15. It was around high school that I started pulling out of that. When you go into high school, you want to put on The Impress. At that time, comic book geek was not a cool thing for a chick to be at a private Catholic high school, so I toned it down a little bit.

I boxed up most of my comics — later, my mom threw most of them away, which really pissed me off because I had the entire Phalanx Covenant run, which I think is the most interesting run, because it contained the Phoenix Saga.

But my interest in comics did not end there. I have the entire run of the Cassandra Cain Batgirl comics. I got introduced to Cassandra Cain’s Batgirl by accident. I was hanging out at a Barnes and Noble in the magazine area of the store and I happened to see a trade pub which had the first six books in the Cassandra Cain storyline.

I was thumbing through it and I really got interested in it. I thought the cover really was interesting, it seemed real dark and brooding, and I was attracted to that. Then I started reading the story and found it to be really interesting. I was engrossed and just wanted to know where the story was going to go. So I started tracking online the actual books from the first six stories. I found the original six books and I told myself I was going to collect the entire series.

I really liked the feeling of collecting comics again. I had forgotten how much I enjoyed seeking out a book and finally finding the issue that I wanted and being able to experience the story and get hit with a cliffhanger and have to wait for the next issue. There’s something very interesting about that — the anticipation of it.

The internet makes it easy -- sometimes too easy -- to find the resolution of a story. I enjoyed not knowing and waiting multiple weeks before the next pub would come out and having to track it down in the store. I had the time to enjoy the hunt and the story was really engaging to me, it resonated with me.

Comic book collecting is more of an adult pursuit these days, something that’s not necessarily for kids anymore.

They definitely have risen in price per book. When I was buying comics initially, and even when I did the Cassandra Cain run, I picked up issues for $3 or less. Now if you were to track those guys down, if you could find them at all, you’re talking about paying $15 or $20 a book. While I don’t think comic books have yet priced themselves out of a kid’s pursuit, I definitely think they’re not a young child’s pursuit.

They were for a while. When I got my first comics, I was using my allowance to buy them. If I was a kid today, I probably would not be able to buy books on my allowance in addition to all the other media I’m purchasing. I’m going to get an app for my phone, rather than buying a comic book for $9 or $10. I don’t think it’s a 9-year-old’s game anymore, it’s more of a 19-year-old’s game.

With the advent of digital publishing, it's easier than ever to find comic books -- they're out there on the internet. Digital has caused big changes for the collector's market. The digital version completely takes the collector-value aspect out of it because the digital copy does not increase in value. You don’t have a physical, tangible thing there. It will never fade on you, there are many things it can’t do. The people I know who are still buying books and collecting them still get books at their local shop and will not open them.

I am not that type of collector. I do have all of my Batgirl and the Uncanny I have left in their sleeves, in an area that very little light gets to them. When I get an itch to read a Cassandra Cain book, I will go to the short box where I have these issues and I will just grab the trade pub version and look at that.

While I still enjoy comics, I don’t go out of my way to read books all the time, or collect them these days. I do have a membership to Comixology and I have purchased digital comics when there are stories that interest me, stories that I do want to experience, but I’m not that type of geek or nerd or dork — whatever you want to call it. I’m not going to the comic book store every week to get new books, to put some away for collecting reasons.

I’m just not that kind of fan today. So I think it would be disingenuous of me to carve out a comic book section on the podcast when I don’t consume enough to do that justice.

That's not to say that comics these days don't intrigue me. I am interested in the Lady Thor arc that’s currently running. I haven’t picked up any of these books yet — I really need to do that. I will probably end up doing it digitally — because I don’t have the space to put the books physically in my house.

I was interested in the Thor character that we knew up to this point, going through some stuff and losing the right to wield Mjolnir, his hammer. Aanother person is able to do so. With Thor, it’s all about being righteous and deserving to wield such tremendous power. This woman is able to do it.

Was this just going to be a single-issue run? There were a lot of people in the comic book community who weren’t very accepting about having a female version of Thor. The creators of the book even said, “Don’t call her Lady Thor. She’s not Lady Thor.” It’s not like Hawkguy and Hawkgirl — that it’s going to be a female version of an existing guy. She is Thor — there’s only Thor.

So this woman is now Thor. I had a lot of respect for that. As I started seeing some of the art and hearing some of the pieces of what’s her own backstory, it sounds really interesting to me.

I think part of the reason why I’ve stayed away from it is that some of it hits a little too close to home. It turns out she’s battling cancer, so every time she uses Mjolnir, transforms and becomes Thor, it takes an even more damaging toll on her body, because she’s going through chemotherapy at the same time.

Yet, the only time she feels like herself is when she’s wielding Mjolnir, so it’s a weird double-edged sword. But I like how complex that is, so that’s probably a series I’m going to pick up soon. I’m curious, I’m interested. And I look forward to sharing that with all the readers of this site.