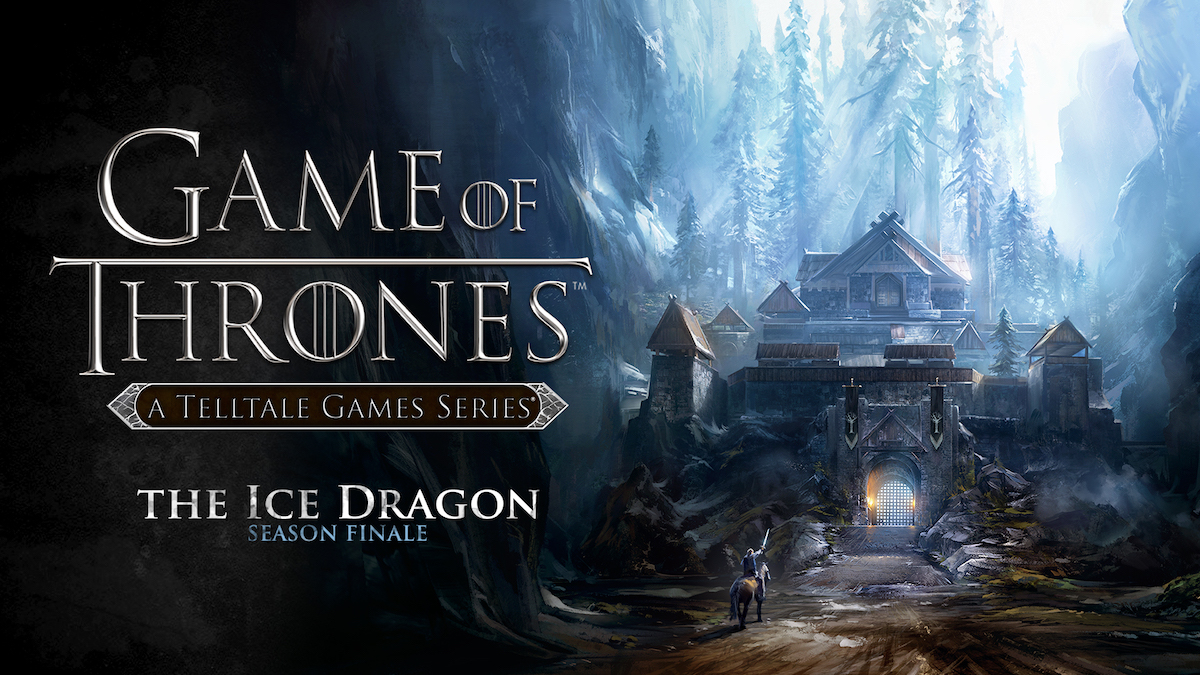 When playing video games, we are taught that the object of a game is to not win, but to survive. Sure, it's best to have many victories under your best during a run-through, but in the end what matters most is that you went through the most grueling of turmoils and came out of it alive. So what, then, is Telltale Games' adaptation of Game of Thrones trying to pass along to us, as we watched many members of House Forrester fall to their enemies? Is it that we can never always win our fights? Does bowing before your foes serve you better in regards to keeping your head?

After playing through "The Ice Dragon," the final episode in Season One, it feels apparent that Telltale Games wants us to see what it's like to be on the losing side of battle. Somewhere right now George R.R. Martin is cackling at our failures, and for that we have only ourselves to blame. I mean, who even does walk away from anything related to Game of Thrones without their hearts torn out or their heads severed from their necks? It feels sickening that this game would torment its players this way, but at the same time this sort of feeling is this franchise's specialty. Once we've grown attached to a character, it becomes a matter of time before that person is killed right in front of our eyes. (Unless, of course, it's Tyrion, whose life is necessary to the HBO series' survival.) 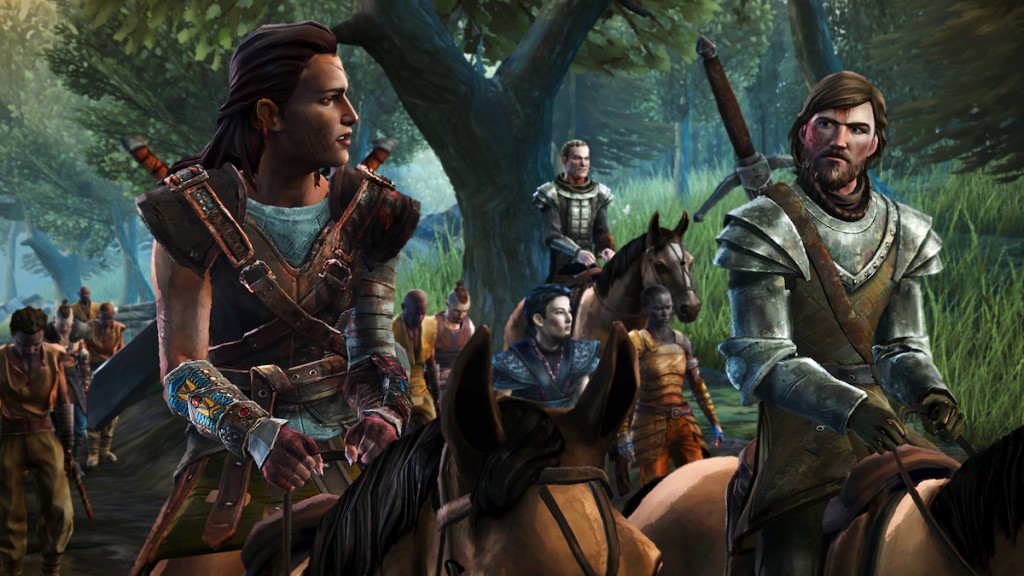 At around every corner of the game I did what I had to in order to keep some sort of Forrester name intact, not to mention the supply of ironwood that grows in across the land. Sometimes betrayals had to be performed, or a bond between enemies must be forged to save one's life. And yet, even when a decision I had to make seems to be for the greater good, it's a far bigger evil that consumes the action, forcing the events to turn into the enemies' favor. To be blunt: it sucks feeling this helpless in a video game.

Maybe that was the main intention of Season One of Game of Thrones: to see this House Forrester as but a group of helpless heroes who had zero chance of coming out of the situation on top. A Forrester takes a pawn, the enemy steals a Queen. With every action comes consequence, resulting in something far dire: a grip wrapped around a kingdom becoming looser with every decision made. It fills you with anger, deceit, and the desire to sink your teeth into a good chunk of vengeance. 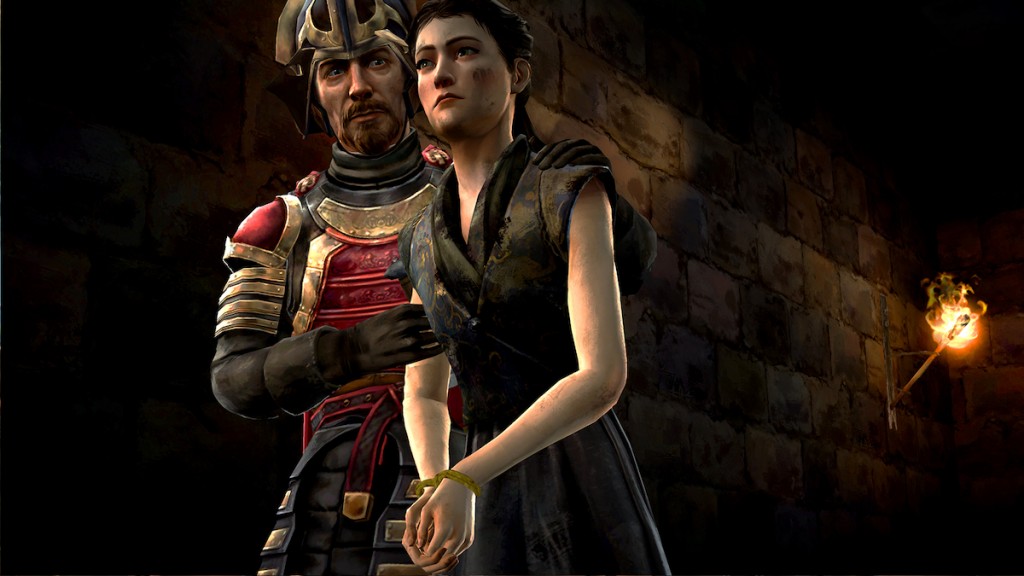 Whatever may lie ahead in the inevitable second season (which is somewhat hinted during this season's epilogue), it feels like that House Forrester may one day have its moment in the sun. That one final chip that's kept in their back pocket will be placed on the table, and the final bet that's made will lead towards something more prosperous. A kingdom may have fallen, but its spirit and willingness to survive seems invincible.

In the end, though, we must look at Season One as a whole, not just the first part of the House Forrester story. It had its ups, it had many downs. Some powerful moments were showcased, albeit via some minor graphical and lip-synching issues. Sometimes the story was told with much strength, other times it was as weak as a wet noodle. For its part Telltale Games did a fair job with this Game of Thrones adaptation, far better than that Atlus RPG released a couple years back. However like just about anything related to the A Song of Ice and Fire franchise it had its stumbles, giving off a delivery that -- while pretty good -- still was a stone's throw away from perfection. 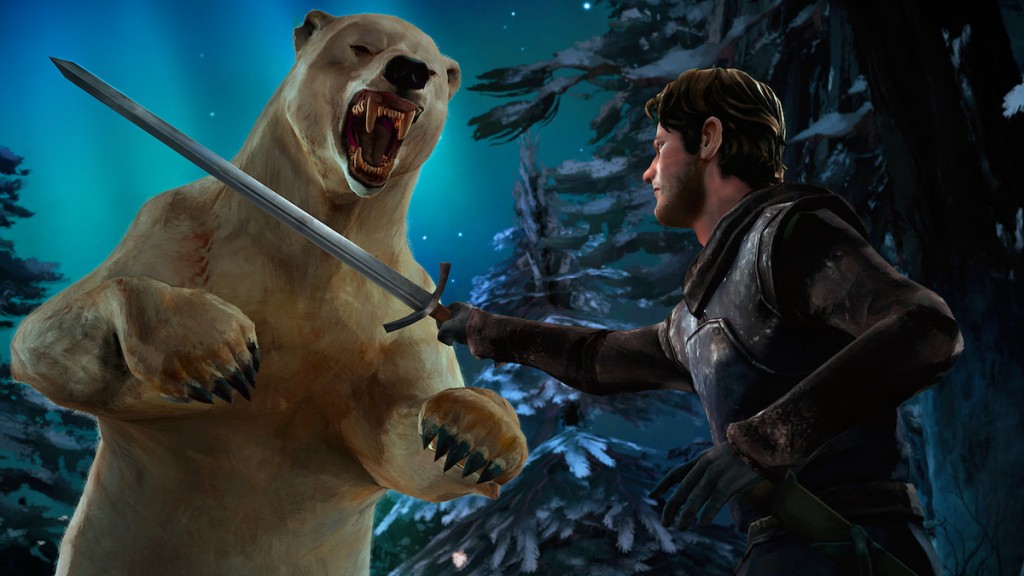 Season One of Telltale's Game of Thrones had its flaws, but its strengths helped to fit it well into George R.R. Martin's universe. Whatever is on the horizon for House Forrester won't be revealed for awhile, but until that time I can let the feeling of vengeance linger in the belly of this bloodthirsty beast. "The Ice Dragon" may have tied up some loose ends, but I would've preferred to have seen some of those ties connected to the gallows. In due time, perhaps...