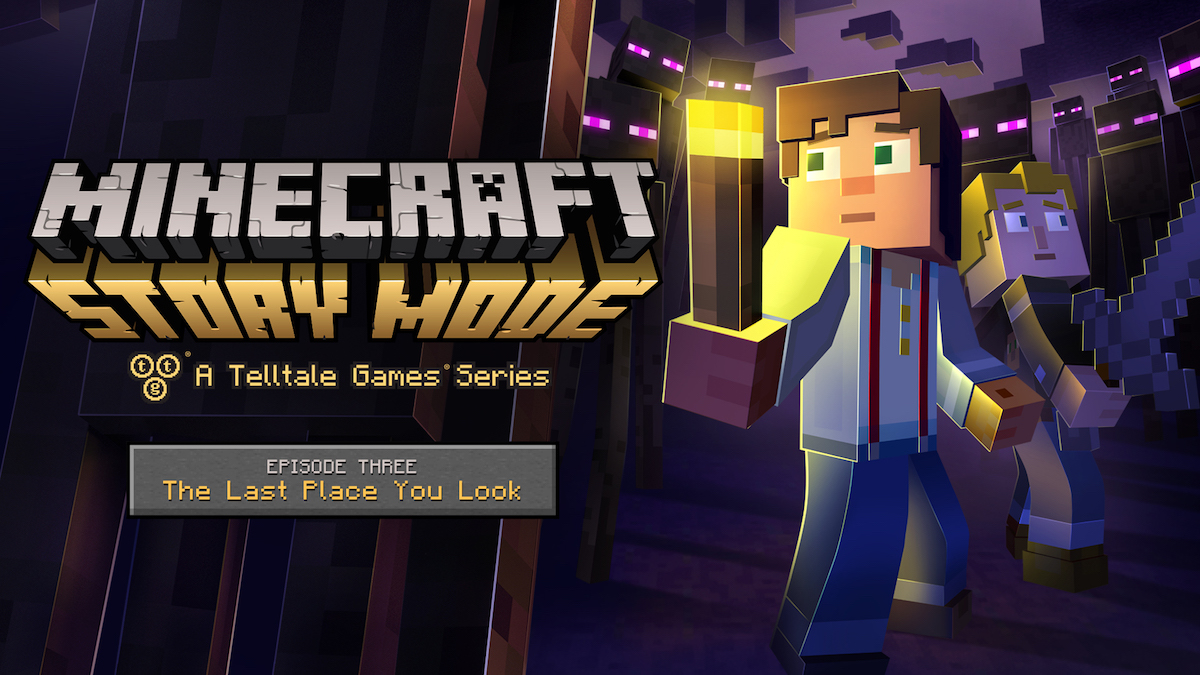 We have reached the halfway point of Minecraft: Story Mode, a Telltale Games series that started off brilliantly, only to have it tarnished with a seemingly-rushed second episode. Now a month later we have been delivered the next chapter in the series, "The Last Place You Look," and while it is a far better affair than the last episode it still feels a couple gunpowder blocks short of a true Formida-Bomb.

Our latest adventure in Minecraft: Story Mode has Jesse and the rest of the gang on a search for Soren, the Architect of The Order of the Stone. As the team progresses underground they come across the most frightening areas of the Minecraft world, as well as a plethora of Creepers, Zombies, and Endermen. Upon reaching the location of Soren Jesse must convince him to help stop the witherstorm, whilst his friend Petra continues to hide her illness from her friends. 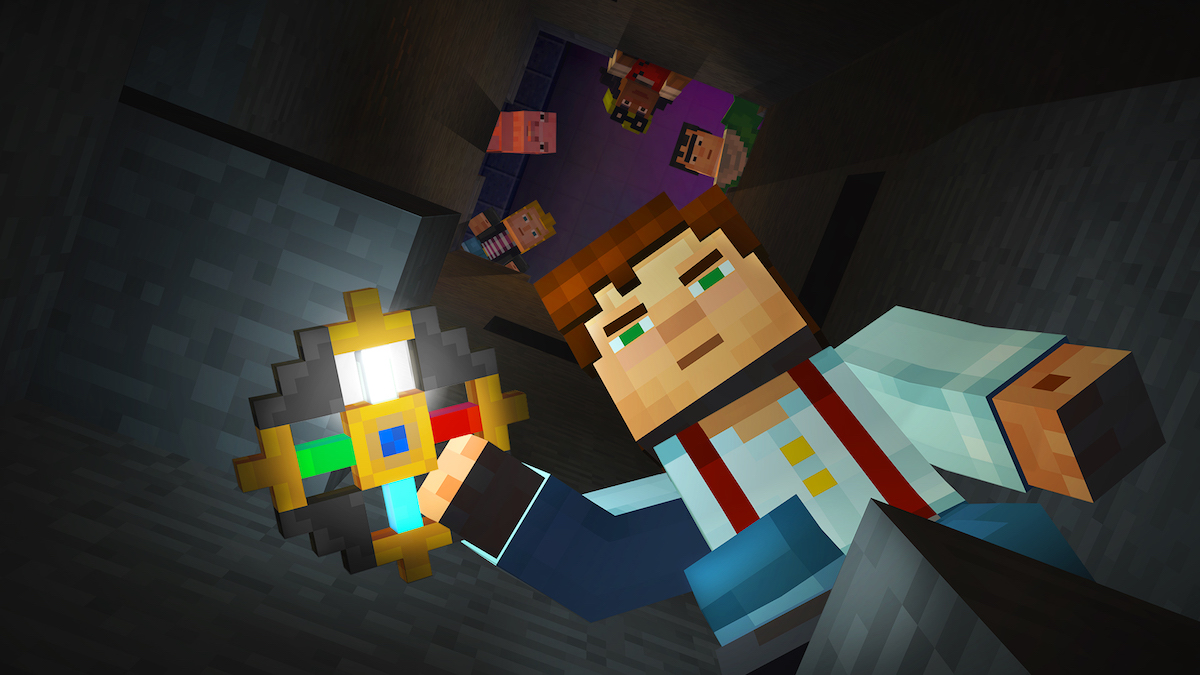 It's easy to see why Telltale Games got John Hodgman (The Daily Show, Married) to play Soren. A mixture of hipster-y wit and a certain degree of looniness Hodgman plays the character with an eccentric passion for the things he does, be it teaching Endermen to craft or his love of singing and dancing. At times what he says can be a little on the depressing side, as he appears to be the kind of person that has a tough time making friends, but once he reunites with The Order of the Storm that sadness seems to vanish from his blocky eyes.

While Soren's official introduction was a highlight, the rest of "The Last Place You Look" seemed rather uninspired. I just didn't feel any sort of attachment to Jesse and the other characters as the episode progressed. It's not that the performances weren't great (trust me: they were), but it just felt like you were merely pushing the characters through the motions, hastily rushing so the script could get to what they would hope to be the good part of the episode. Even though this chapter's climax paid off well, the path the game took to get there felt rather scarce and lacking anything scenic-worthy. 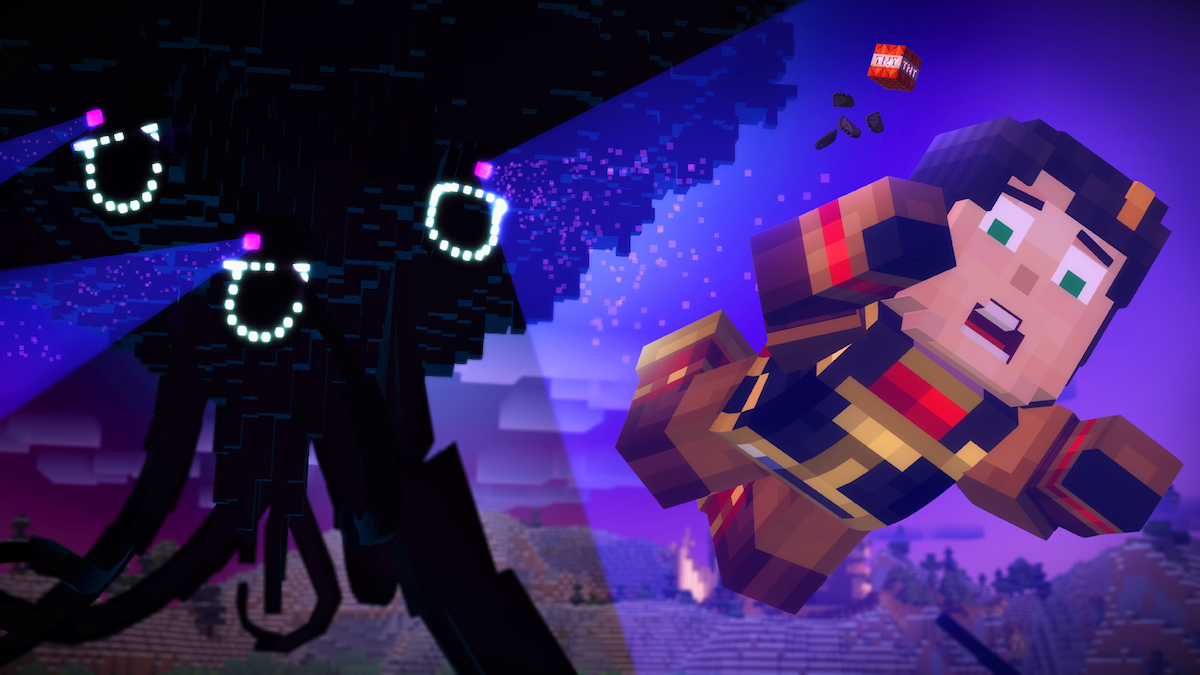 As for the gameplay mechanics, it was nice to jump into some more action. Pushing away Zombies and Creepers, as well as dealing with some pesky arachnids, it made it feel like I was taking part in those actual elements in the original Minecraft game. It's just a shame that there wasn't more crafting aspects in this chapter, as you barely build anything except for the F-Bomb towards the end.

One other downside to this episode was its runtime. While longer than the previous episode I clocked in its completion at just under 90 minutes, roughly half the time of almost any other Telltale Games episode. Perhaps this series may be geared towards a younger audience, whose attention spans may be a lot shorter than older Minecraft fans, but in a sense it's still rather troublesome to see a high-profiled collaboration churn out something that doesn't contain the usual magic that we've seen both Telltale Games and Mojang deliver on a regular basis.

"The Last Place You Look" was a step forward from the previous episode, but it still lacked the personality that was promised when Minecraft: Story Mode began. While the voice actor performances and worlds are great, they sadly cannot mask the problems with the scriptwriting aspect of the game. Although things appear to be taking an interesting turn, one can only hope that the storytelling elements of Minecraft: Story Mode will get better as the game progresses. Until then, this Telltale Games series thus far is making me feel meh.