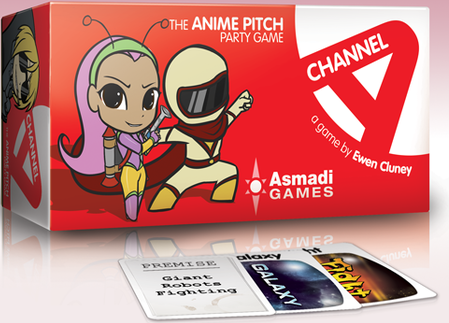 These days card games have become more fun and mainstream, thanks to the likes of Cards Against Humanity, Munchkin, and Apples to Apples. However it's when you get to hone some improv skills when the card game genre enters a new level of crazy good time wonderment. One of the prime examples of this is Channel A, where players have to create and pitch their own anime series via creating the title of said show.

I Recommend It Because...

Channel A is a card game that lets your imagination run wild. You start with a pair of premise cards, and using the title cards that are in your hand you build the series name with something that matches with the genre you're writing for. Then once you reveal your title, you then pitch the show's premise, with the best choice decided by all the players (though, naturally, you cannot vote for your own selection). Will a show about catgirl alien babes called "Agent Twinkle Princess S" leave you and the others laughing about, or will a slice-of-life show about time travel called "Lyrical Dream Days" have the hearts of the players swooning with delight? 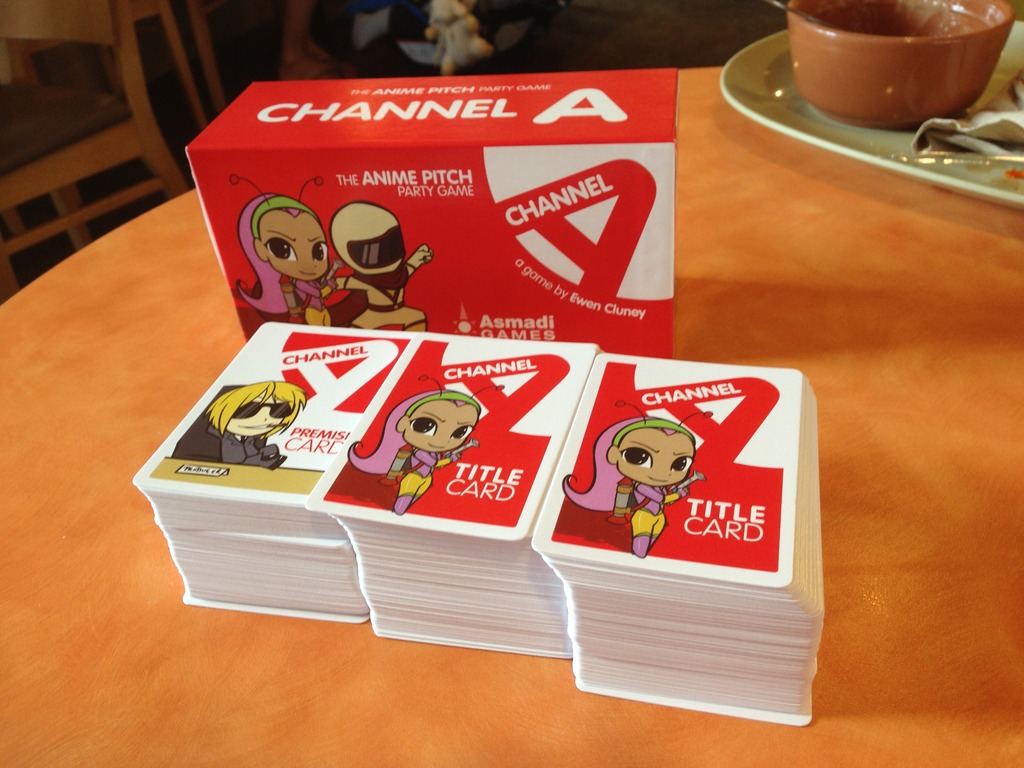 If you're a huge fan of anime and have as bold of an imagination as the likes of Miyazaki and CLAMP, then Channel A is right up your alley. However if you are the kind of person that makes fun of anime and just assumes what it is just by looking at either fan-service-y or violent pic of a series, you will still have a blast and-a-half with this lively card game.