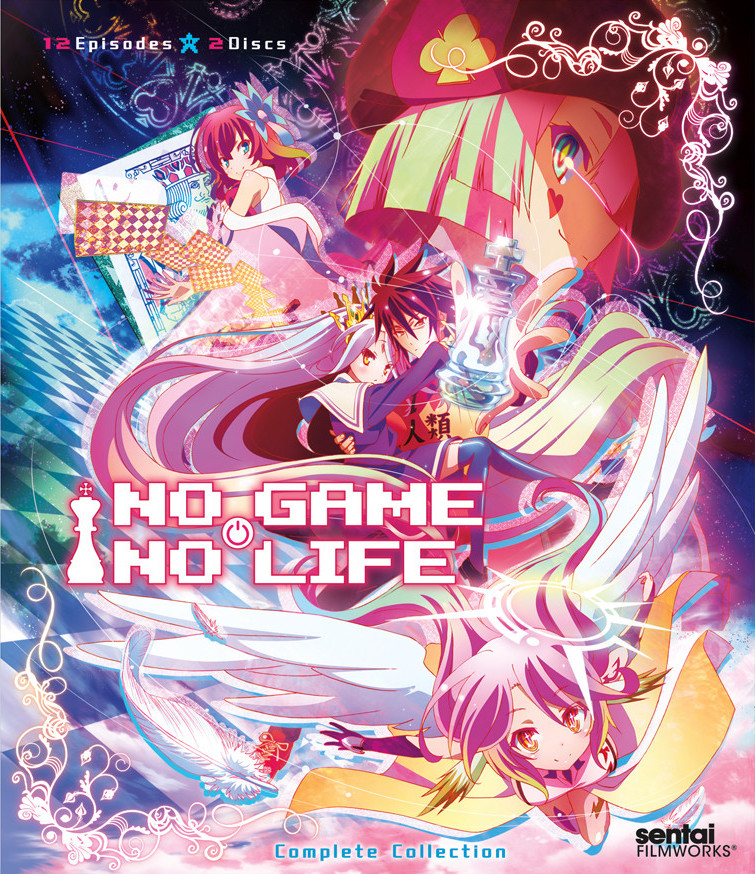 No Game No Life follows Sora and his stepsister Shiro, who are better known under their moniker "Blank," the best gamer duo on the planet. After being undefeated at just about everything under the sun, a mysterious challenge appears to them for a game of chance. With that challenging victory under their belts the step-siblings find themselves transported to the fantasy world of Disboard, where all decisions and wars are decided and battled on with via games. Once they become the rulers of the human kingdom of Elkia Sora and Shiro decide to seek world domination upon all the lands of Disboard, thereby giving them the chance to go up against the god of the realm.

I Recommend It Because...

No Game No Life is quite the brilliant premise, with the various games that Blank play being funny while also keeping the viewers at the edge of their seats. Best of all about this show is the writing, featuring some of the most eye-opening and philosophical speeches that would give anyone a double-take when they hear them being spoken. Studio Madhouse (Death Note, Summer Wars, One Punch Man) brings the world of Disboard to life with some of the most blindly beautiful colors, almost coming off as a realm of mosaics and stained glass.

Of course this anime isn't for anyone, as some of the things involving the young stepsister Shiro may make you wince. (Trust me: I felt the same way in a couple of the scenes.) However those who can overlook the fan-service and focus on the more action-oriented aspects of No Game No Life will not be left disappointed in the slightest. If you're looking for a great anime series to add to your collection, one that is filled with fun characters and a well-written script, then this one should be right up your alley.

People who are always looking to turn any scenario into a game, or those who cannot bear to be too far apart from their doting sibling.