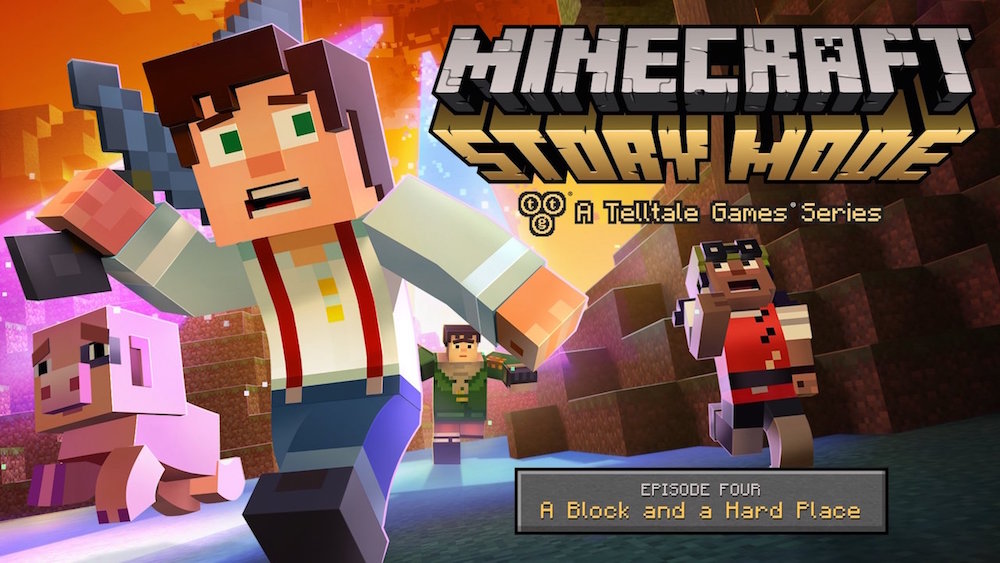 It goes without saying that Minecraft: Story Mode has been the weakest series Telltale Games has delivered. We can't expect everything a developer churns out to be golden; hell, even Nintendo has had a stinker here and there. Nevertheless it was looking all too grim for this spin-off series, one that had high hopes of reaching the epic proportions that the original Minecraft is capable of.

Well I'm happy to report that after many mighty stumbles Minecraft: Story Mode has finally reached its stride, with the fourth and latest episode "A Block and a Hard Place."

After the events of "The Last Place You Look" three Wither Storms have spawned from the one, leading Jesse and the gang to take cover and regroup their ideas on how to defeat it. Gabriel the Warrior is now an amnesiac, Petra's Wither Sickness is getting worse, and tensions between the members of the Order of the Stone reach higher levels now that Ivor is back in the picture. With time no longer on their side, Jesse must rally up the troops to destroy the Wither Storms by any means necessary. 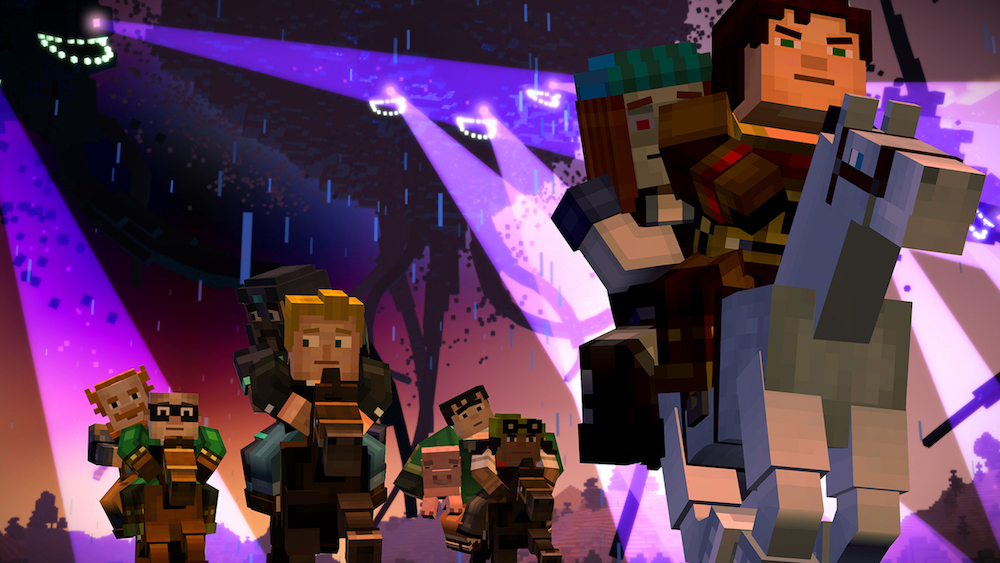 A lot is on the line in Episode Four; in fact what's brought to the table here is more than what was at stake in both Episodes Two and Three combined. Perhaps it's because of the minimal rations from before, but I was very happy with the amount of material and story that was delivered here in "A Block and a Hard Place." Most important of all were this episode's twists, especially one involving the reason behind Ivor backing away from his friends many a year ago.

In regards to choices this is where Minecraft: Story Mode reaches a very moralistic high. You see people who need to rest, others who urge to find their lost friends, and a big pal who truly wants to step up to the plate for the good of humankind. While some of these decisions do come off a bit easy, the feeling you'll get when the right path is taken will no doubt give you a better outlook at what's to come in this adventure. 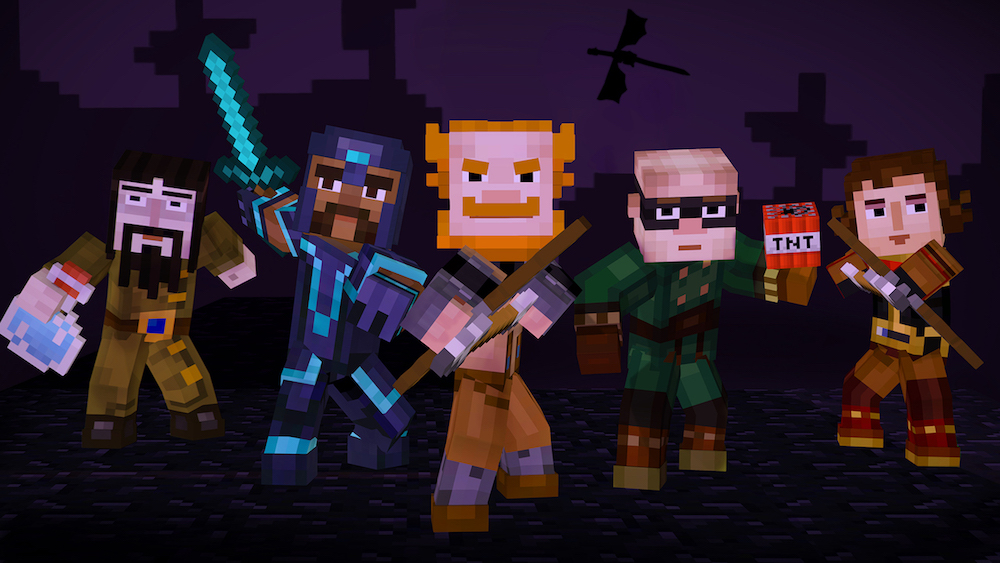 It goes without saying that Patton Oswalt owns his performance of Jesse, whether it is giving a pep talk to his beaten friends or if he needs to talk to Reuben in order to get something off his chest. Paul Reubens gets to have a much longer time in the spotlight as Ivor, whose villainous mentality is sorta redeemed when the truth behind the Ender Dragon is uncovered by Jesse. John Hodgman's Soren shows off another side of his personality, revealing that behind his loony way of getting things done is a frightened soul riddled with guilt.

Episode Four surprisingly kept me on my toes. Whether it's finding Ivor's spell book or battling from the inside of a Wither Storm, "A Block and a Hard Place" kept the pace of the story going with some great action sequences and fine storytelling. With that being said, the maze part could've been spliced a bit, as it kinda dragged on longer than it should've. 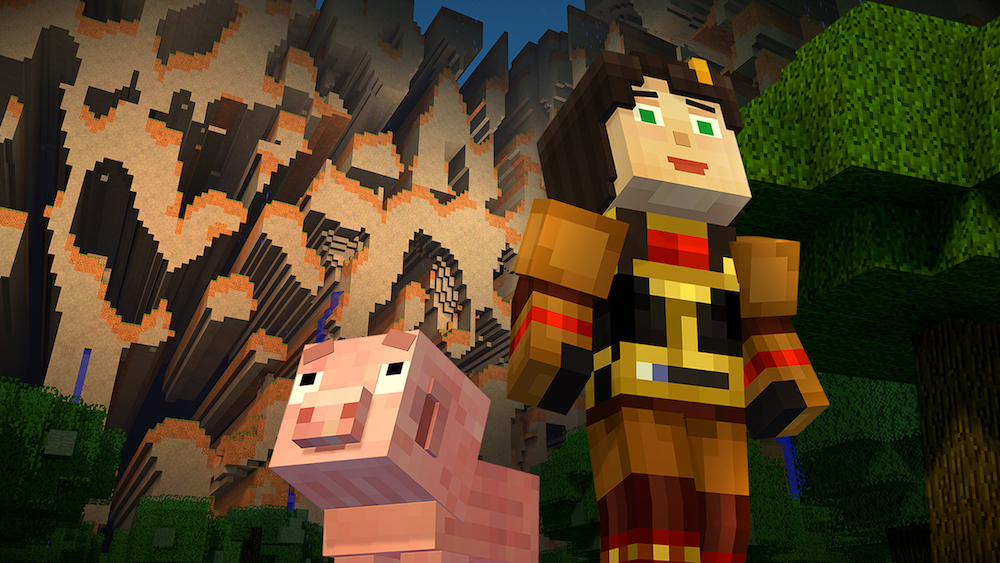 One other thing I noticed was the framerate inflating/deflating throughout the game. Whenever a lot of characters were on screen at the same time the speed of their movements would nearly be sliced in half. This was quite troublesome during the final moments of Episode Four, where a touching tribute was being held for a fallen friend, and all I could keep close attention to was how awkward everyone in the crowd was moving.

After many bumps and bruises along the way, Minecraft: Story Mode reaches the heights once promised in the very first episode. "A Block and a Hard Place" puts Jesse and the gang through some harrowing moments, with some of the best choice decisions given in this entire series. It may have been skittish on this journey, but Episode Four delivers on a scale that's almost as big as the original game is. Still one question remains: now that the story is over, what's left to be told in Episode Five?

You can tell the good guys from th...